A pair of orcas earned their “killer whale” moniker one day late in 2016 by committing the first act of orca infanticide ever captured on film.

Scientists in British Columbia, Canada detected orca noises in their underwater microphones on the morning of 2 December 2016. An hour later, they headed out by boat to the western Johnstone Strait. They watched as a 46-year-old female orca and her 32-year-old adult son were tailing a 13-year-old mother, her infant child, and a younger sister who had fresh, whale-inflicted cuts at her rear. A few minutes later, they spotted three more female relatives of the young orca mother, including the grandmother of the infant.

Just after noon local time, the scientists saw vigorous splashing in a clash between the two families. As they arrived closer to the scene, they saw the matriarch of the large family chasing the male from the mother-son pair – and the infant was hanging from his mouth.

The infant’s grandmother attacked the male, ramming him in a spray of blood. But after a few minutes, the chaos cooled down and the adult son swam away with his mother, now spotted carrying the dead infant herself, tailed by the larger family. The groups stayed separated, but the mother-son remained in possession of the corpse. The scientists finished observing at 4:15PM, as the sun began to set. 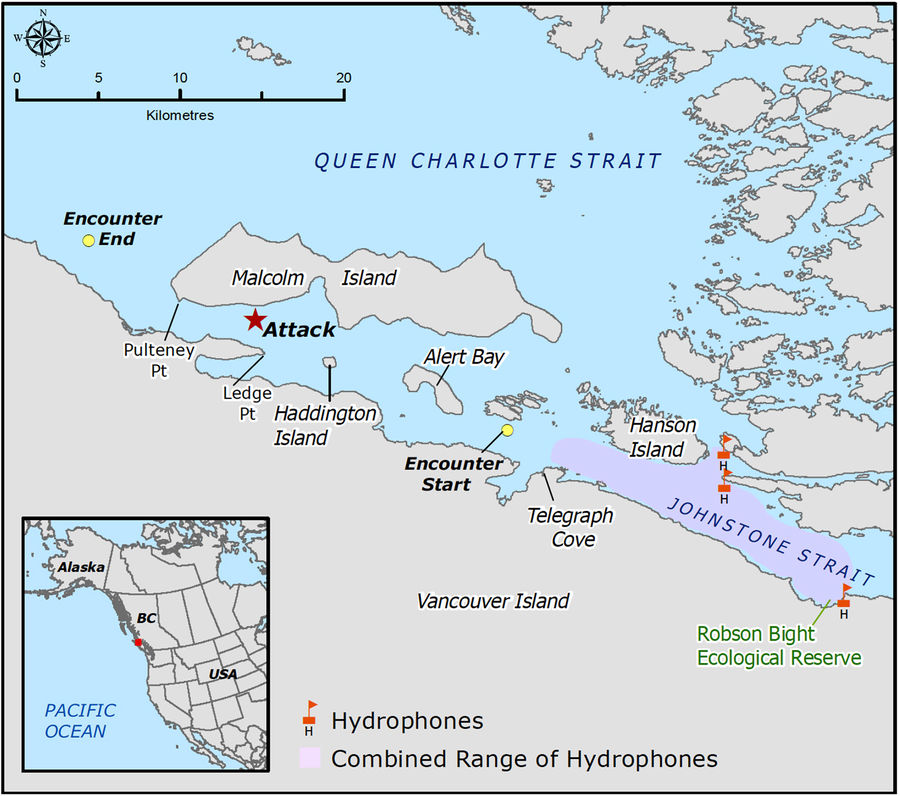 The scientists missed some of the action, but assumed that the male had killed the infant by drowning it, according to the paper published recently in Scientific Reports.

But why kill an infant, and furthermore, why would a mother and son kill an infant together? The Canadian scientists noted that mother-son orca relationships are quite strong, and mothers tend to help out their adult sons – some have argued that mother whales even help pick their mates. So, the scientists surmise, the male was trying to get with the mother of the infant he killed, clearing the way for her to have his own offspring. 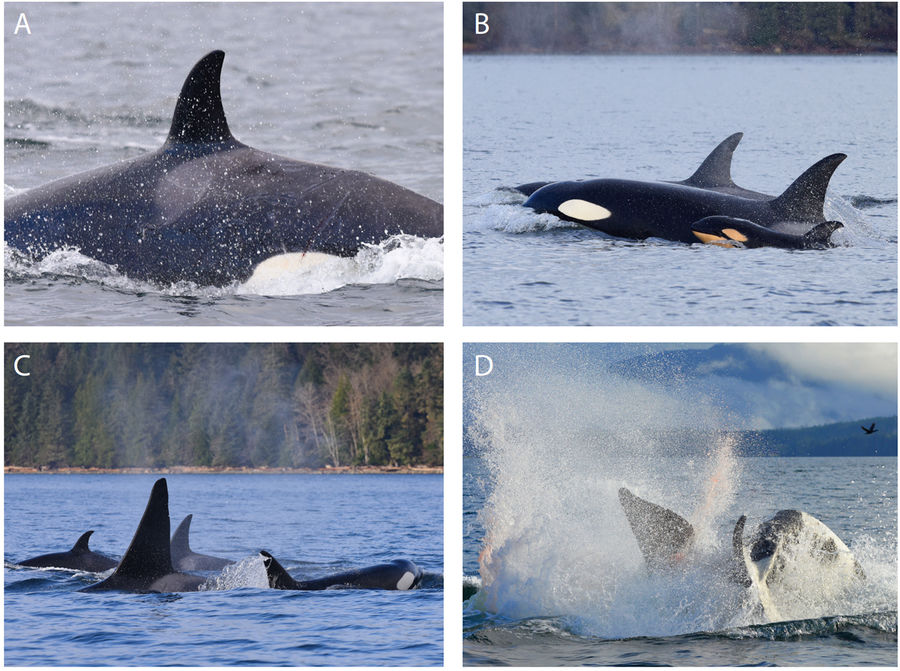 A: One of the wounded daughters of the large family. B: The older mother and infant. C: The large family surrounding the male. D: The grandmother of the murdered infant, ramming its killer, spraying blood into the air. Photo: Towers et al (Scientific Reports 2018)

It’s unclear how related the two groups were prior to the incident. There are other hypotheses too, like maybe the killing was an accident, the whales were hunting, or they were competing for prey. The researchers point out that this wouldn’t make sense, though, because the whales’ prey seem to be increasing in numbers in the region, and the murder seemed to be intentional.

This is hardly the first case of infanticide in mammals, but it’s the first observation of such an act in orcas. Though the researchers say additional study is required, they presume that “this phenomenon might be expected to occur in more killer whale populations” than just Johnstone Strait.

We all knew orcas were vicious. But this is some next-level drama.