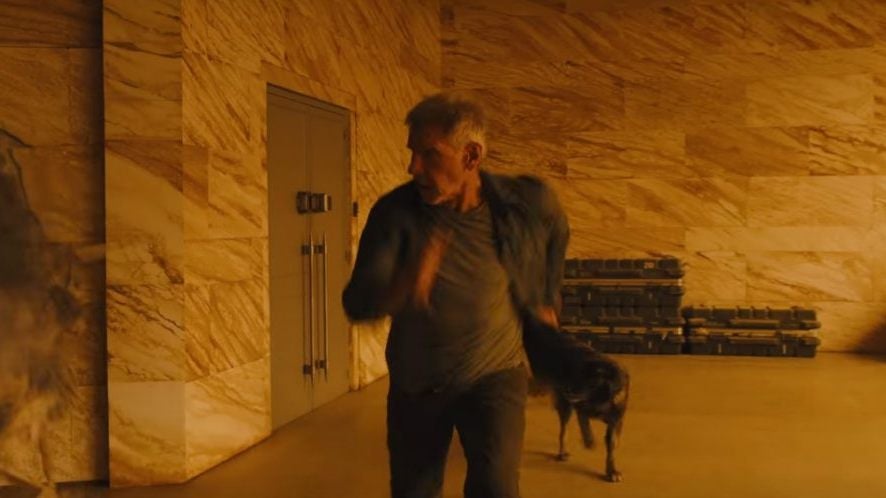 How many dogs can say they have won awards? None of them, because dogs can’t speak English. But Deckard’s dog has won one anyway in this year’s Palm Dog USA.

The Palm Dog is a competition for dogs of the filmmaking variety. Members of the Barker’s Guild, if you were. The Palm Dog is a mainstay of Cannes, the annual film festival, but this year was the first time the Palm Dog award ceremony was held in the United States. At a pop-up in Los Angeles, the best dogs in film were honored. And Deckard’s dog was best of all.

The main prize of the Palm Dog USA went to the whiskey-pounding, detective-accompanying dog seen first in Blade Runner 2049 with Harrison Ford’s Rick Deckard. The event’s organiser, Toby Rose, said of the victory (because, again, dogs can’t give acceptance speeches), as quoted by The Hollywood Reporter, “Who else could a grouchy old widowed Blade Runner with an estranged messiah child in an abandoned future Las Vegas turn to be but a dog? It’s just perfect.”

Rose added that, while the fate of the dog is not revealed in the film, he has his own (grim) theory: “”Unfortunately, I have an idea about what happened to the dog. It’s not good. I’ll just say it: The replicant rebels probably ate it.”

The precise identity of the dog that played Deckard’s companion is unknown – they remain uncredited on IMDB’s page for the film, though fans online have speculated that it’s either an Estrela Mountain dog or a Caucasian Ovcharka. Either way, one fact remains: they are a very, very good dog.