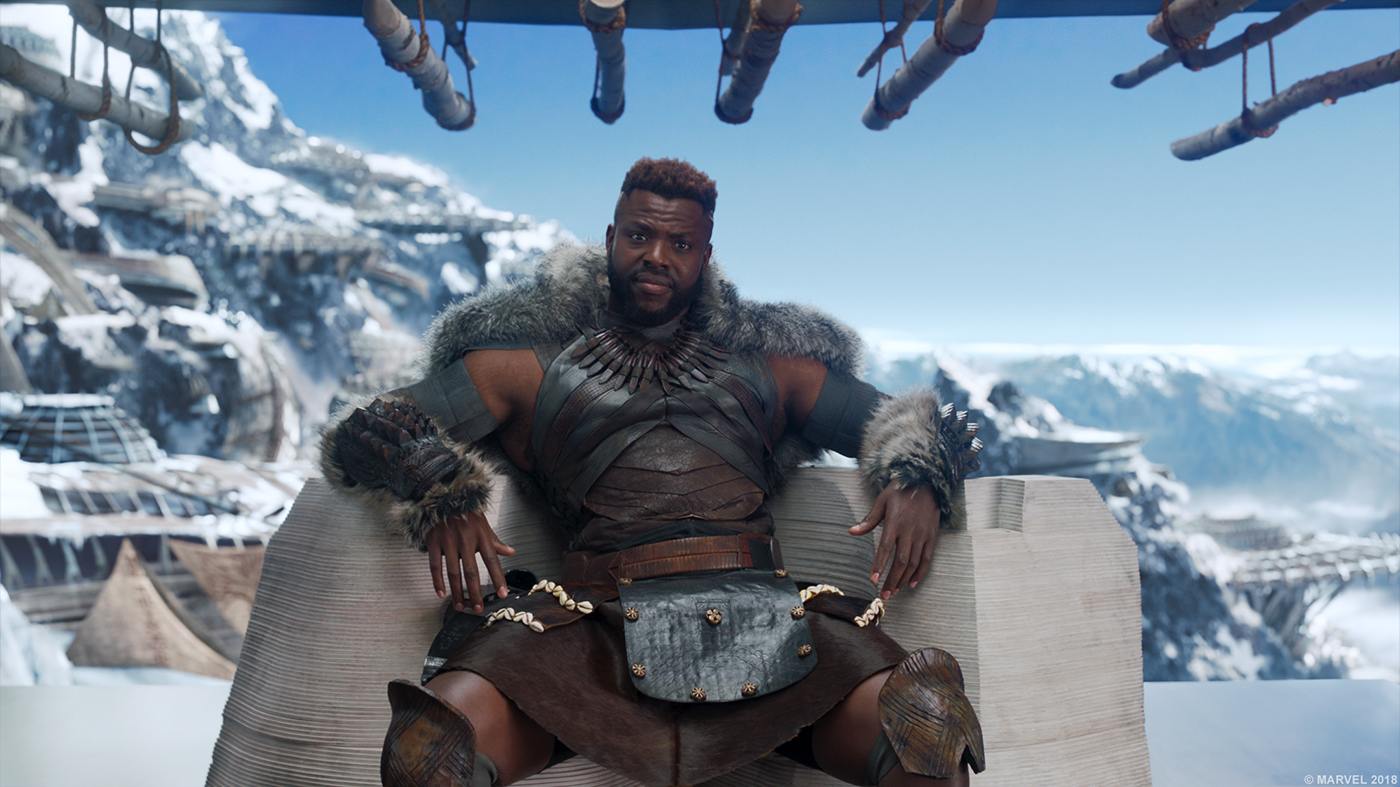 In a detailed interview, visual effects artist Jonathan Weber talks about some of the nitty gritty details that went into making Wakanda really pop on screen. It was a lot of work.

The Jabari throne room scene, with M’Baku on the throne. Photo: Marvel Studios

Speaking to Art of VFX, Jonathan Weber, who worked on Black Panther as part of the effects company RISE, laid out in great detail the process of making some of the most visually impressive parts of the film, including the lands and architecture of the Jabari Tribe.

“The approach we took for building the set extensions and full CG establishing shots followed the early decision that every aspect of our builds were to adhere to a photo-realistic quality which revolved around the existing spectrum of colours found in various African cultures,” Weber said.

“All of the vendors received what [Geoffrey Bachman, VFX supervisor] referred to as the ‘Wakandan Bible.’ This compendium produced by the Marvel Art Department contained an immense array of African cultural references such as various materials, textures and objects; all of which created an excellent starting point for further creative discussion when imagining Wakanda.”

From there, says Weber, they moved onto specific concepting and art design, which involved a significant amount of big-picture work that became very detailed, very fast.

For sweeping shots of the Jabari architecture in the mountains, for example, he said, “We started blocking the environments with simple geometry for buildings and mountain shapes. Raw tree trunks as buildings didn’t look futuristic enough — so we got inspiration from high tech yacht construction, using expensive wood and great craftsmanship to achieve something appearing natural yet elegant. Building on this choice of surfaces and materials we expressed the futuristic aspect by the shapes used and the way the city was carved into the mountain.”

This sort of detailed digital work, handcrafting scenery and architecture bit by bit, concept to digital art to working visual effect, is pretty easily overlooked, even though it requires an intensive and costly amount of work from everyone involved. Further in the interview, Weber details the most complex effect of the film, which involves, surprisingly, something as simple as snow:

﻿The scene’s action involves the burying of one of the movie’s characters with snow that was shot practically. The problem was that you can’t bury actors in real snow due to the cold — and SFX snow is usually made to cover the ground but as soon as you move and manipulate it in bulk it looks artificial.

The task now of exchanging this with a digital snow simulation, in a couple of close ups, 150+ frame sequences, was intense. Fortunately, our turnarounds were not immediate, so we had the time to attentively focus on these very complicated shots from the start. Moving forward they would be some of the first to be approved.

The lengthy interview, which is worth reading in its entirety, is full of details like this, along with lush before-and-after shots of RISE’s work. Check it out.