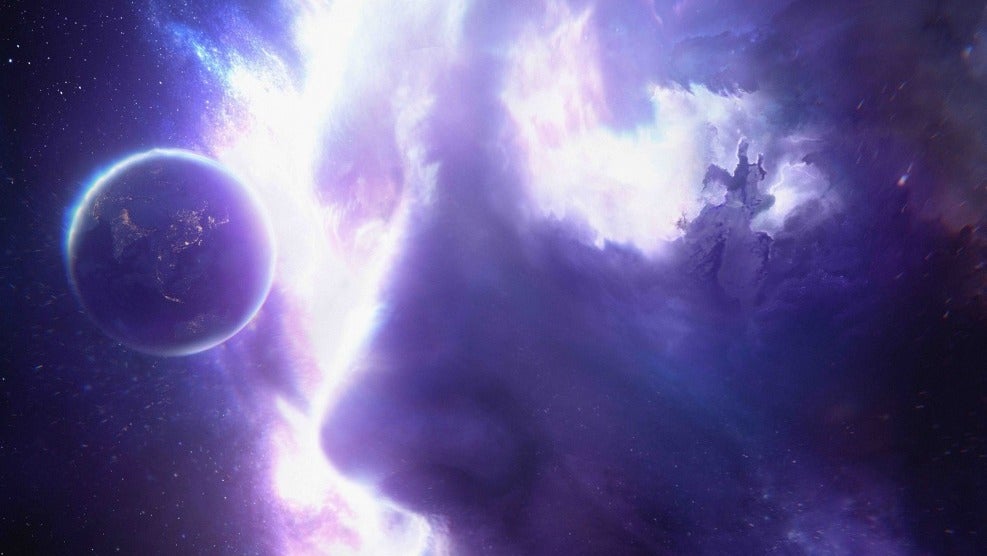 Video: Too often, filmmakers fall into the trap of thinking that a good, smart genre film requires a hefty VFX budget to bring its breathtaking, impossible visuals to life. Though that may have been true once, Matthew Charles Santoro’s Higher Power is proof positive it’s no longer the case.

As a deadly burst of “gamma radiation” hurtles towards the Earth from outer space, the world’s greatest minds scramble to figure out a solution to save humankind. Though it at first seems as if the planet is due for destruction, everyman Joe Stedman begins to realise that he may have the power to stop the radiation after he’s experimented on by an unhinged scientist who gives him a suite of mind-bending abilities that become stronger the angrier he gets.

At first, Joe demonstrates enhanced strength and a variety of energy-casting powers, but as time goes on, he begins to evolve into something less physical and human and more abstract and god-like. While Higher Power‘s premise might not be the most groundbreaking (it’s clearly influenced by things such as Akira and Chronicle), it’s astounding when you bear in mind that the film cost about $US500,000 ($649,922) to make.

Higher Power‘s relatively low price tag has a lot to do with Santoro’s background as a VFX artist who’s worked on films such as X-Men: The Last Stand and 300. Santoro handled much of the movie’s visual effects on his own, and you can see that the director understands the importance of being judicious when the application of computer-generated elements.

Again, visual effects aren’t everything, but if Higher Power‘s story actually turns out to be half decent, the film might set a new standard for just what all indie films with big budget, blockbuster aspirations can be when it drops in the US on May 11. An Australian release date has not yet been announced.