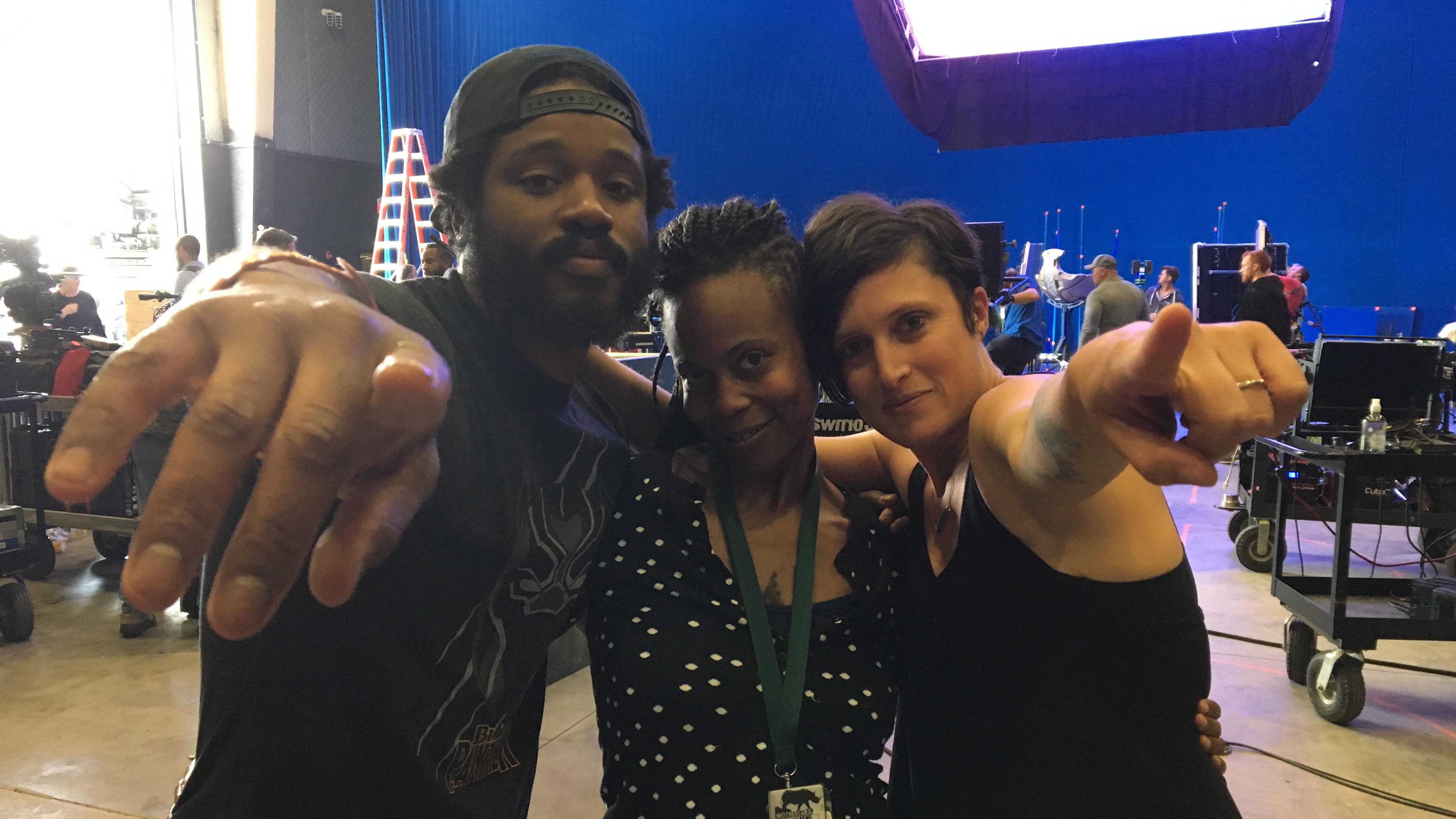 If there’s one thing to really complain about in Ryan Coogler’s Black Panther, it’s that there’s barely enough time for you to stop and take in all of the sumptuous detail that went into creating the film’s breathtaking locations. Thankfully, production designer Hannah Beachler took plenty of photos of the sets for us to check out.

Over the past few days, Beachler’s been tweeting out select behind-the-scenes photos from Black Panther‘s sets – most of which were filmed in Atlanta, Georgia. While it’s somewhat mind-boggling to see just how enclosed many of the movie’s sets actually were, what’s really fascinating is being able to see all of the fine details that went into each of the scenes Beachler designed.

The Jabari throne room, for example, is built entirely out of the sacred wood the tribe values over vibranium, but there are subtle geometric accents alluding to the fact that the Jabari, like the rest of Wakandans, utilise some futuristic technologies.

I'm gonna share a couple pics I snapped of the sets, M'Baku's throne room, T'Challa's office and Hall of Kings in Necropolis. Proud of the hard work this team put in to everything we did. #BlackPanther #chinchilla1970 #productiondesign pic.twitter.com/aGB5h5YE9q

And one more! A room fit for a Princess! My favorite set! Princess Shuri's Lab in the WDG. #BlackPanther #chinchilla1970 #productiondesign pic.twitter.com/Is2oBcLScO

While seeing Beachler’s photos might make you wish Black Panther had let the camera linger on some of these set pieces a little longer, take solace in the fact that there’s bound to be plenty more where all of this came from as part of the inevitable Blu-ray extras.