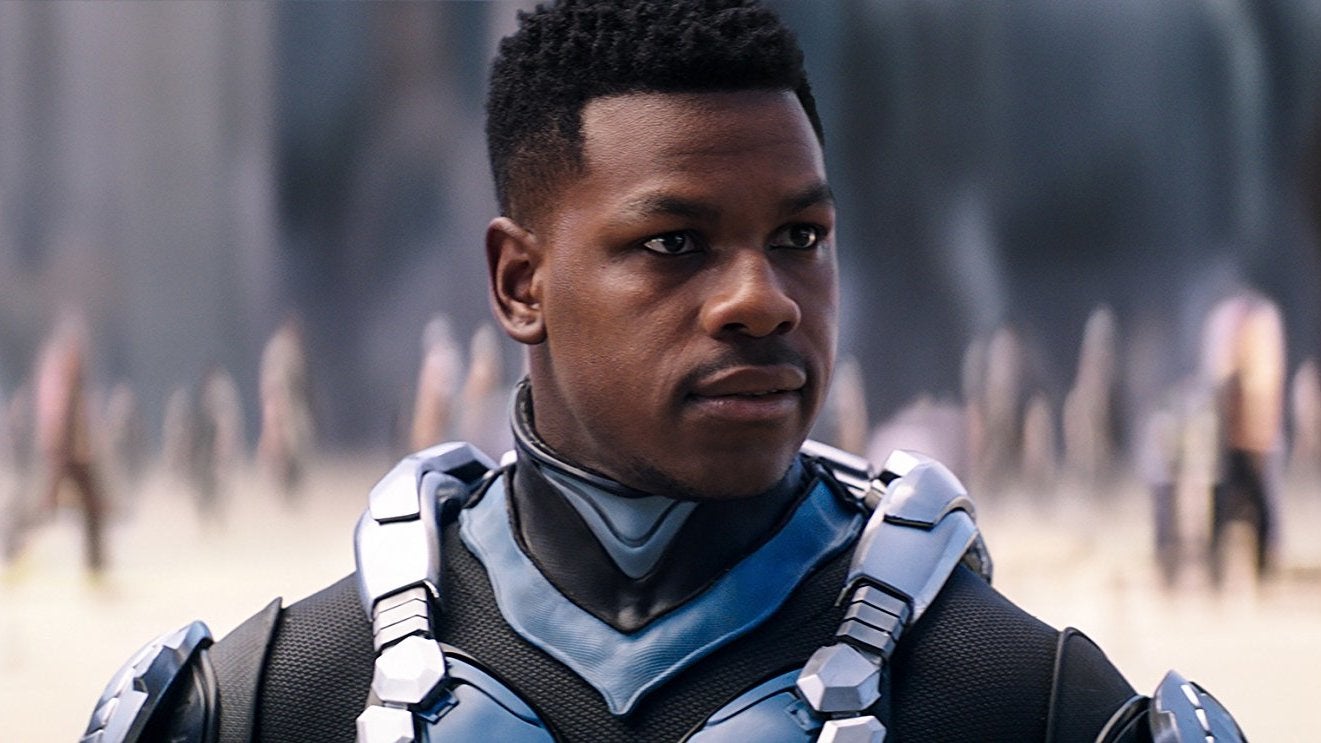 Not only is John Boyega the star of Pacific Rim Uprising, he’s also a producer. And when we spoke to the film’s director, Steven S. DeKnight, he explained there was one arena in particular where Boyega really got his hands dirty in terms of producing.

“He [isn’t] a guy that wants to get his fingers in everything,” DeKnight told us. “He kept a view of the entire movie, had great suggestions about this moment, that moment. And he was really interested in the action scenes. Particularly, the battle in Mega Tokyo.”

DeKnight recalled that when he showed Boyega what they had planned for the film’s climactic battle, the star immediately had ideas to share.

“He said, ‘I love everything. I think we can kick it up another notch,'” DeKnight said. “So he came over to play with Peter Chiang, my visual effects supervisor from Double Negative, and myself. We were in Sydney. We set up this huge table with the layout of the map of Mega Tokyo and used toys to basically play for two days and figure out even more interesting things to do.”

DeKnight admitted that when he heard the star was also a producer, he was trepidatious – but that in the end, it worked out well. “When I heard we were getting Boyega I was like ‘Yay!’ When I heard he was a producer I was like ‘Ooo. That could go either way,'” the director said. “[But] he was a fantastic producer. He was always so involved but not overbearing.”

And for anyone who wants to see John Boyega play with toys for two days trying to break down a big action scene, that could eventually happen.

“I don’t know if it’s on the DVD but there is footage of that,” he said. We’ll keep our fingers crossed.