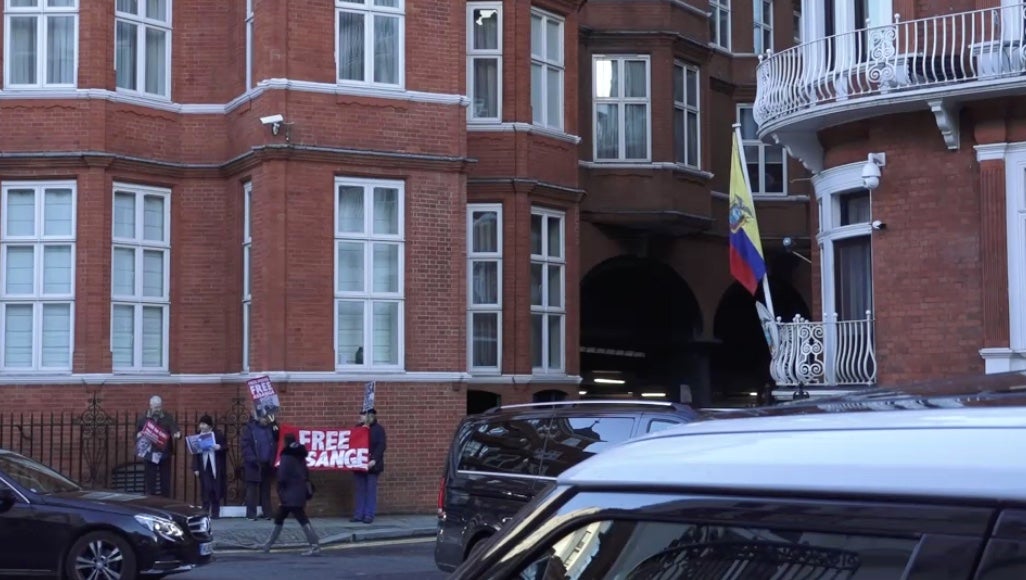 Julian Assange, the WikiLeaks founder who’s been hiding in the Ecuadorian embassy in London for the past six years, had his internet cut off today. And his supporters are so worried about his inability to communicate with the outside world that they have started to assemble outside the embassy.

Ecuador issued a statement confirming that the embassy had cut off Assange’s internet, saying that he had failed to comply with a commitment not to interfere with Ecuador’s relationship with other countries.

It isn’t immediately clear what “interference” Assange may have engaged in, though he has used Twitter for things such as advocating for Catalan independence in Spain and DM-ing with family members of the Trump regime. The former got Assange into trouble with Ecuador in the past, though the only other time his internet was cut off was during October of 2016 in the lead up to the US presidential election.

Assange has been in the Ecuadorian embassy in London since he skipped bail in June of 2012. Last month, a British court ruled that the warrant for his arrest was still valid, despite the fact that Sweden had suspended its investigation into sexual assault charges against the WikiLeaks founder. Assange fears extradition to the United States.

It’s unclear how long Assange will have his internet cut off, though reports that his access to visitors has also been cut off have yet to be verified by any credible news outlet.

The machine-translated version of Ecuador’s statement is below:

The Government of Ecuador suspended the systems that allow Julian Assange to communicate with the outside world from the Ecuadorian embassy in London, where the citizen remains in an international protection situation for six years due to the risk to his life and integrity.

The measure was adopted in the face of Assange’s failure to comply with the written commitment it assumed with the Government at the end of 2017, for which it was obliged not to issue messages that implied interference with other States.

The Government of Ecuador warns that the behaviour of Assange, with its messages through social networks, puts at risk the good relations that the country maintains with the United Kingdom, with the rest of the States of the European Union and other nations. Therefore, to prevent potential damage, the embassy in London interrupted this March 27 communications abroad to which Assange has access.

The Executive also keeps open the way to the adoption of new measures in the face of breach of commitment by Assange.

Assange supporters in London are being urged to assemble at the embassy today, and RT has a camera staked out to watch his window. You can even watch the livestream on Twitter.

Live from outside Ecuadorian Embassy in London amidst reports of Assange’s internet shutdown https://t.co/gNPoIGLAcn

The president of Ecuador, Lenin Moreno, has previously called Assange’s presence a “nuisance” and an “inherited problem“. But so far there hasn’t been public talk of kicking him out. If Assange continues to create headaches, that discussion might change.