At this point, augmented reality has mostly been too gimmicky or too good to be true. But a group of internet artists just gave the technology what might be its coolest use case yet: A tool to stick it to the man.

On Friday, eight artists launched an augmented reality gallery at the Museum of Modern Art in New York, digitally overlaying their artwork over the museum’s. Motherboard reports the guerrilla installation was created and deployed without the museum’s permission. “Hello, we’re from the internet” is an “unauthorised gallery concept aimed at democratizing physical exhibition spaces, museums, and the curation of art within them,” according to MoMAR, which developed the exhibit. “MoMAR is non-profit, non-owned, and exists in the absence of any privatised structures,” the group’s website states.

Friday’s gallery was an attempt to make a statement against the elitist exclusivity of the museum. “As with any establishment – be they media, church or government – the richest of galleries are canonized, to the point where the public’s role and contribution is reduced to passive observer,” MoMAR wrote on its website.

By virtue of augmented reality, the gallery itself was invisible to the naked eye, requiring interested parties to download an app and then view the artwork through their screens. Motherboard reports that the artists had phones equipped with the app available, and were also installing the app on visitors’ phones using a laptop. The app is currently available in the Google Play Store, but not the Apple’s App Store, meaning only users with Android phones could download the app on their own devices. Once visitors had a device with the app downloaded, they could view the AR artworks in the Jackson Pollock room on the fifth floor of the museum. MoMAR said that it chose this room because the paintings in here are permanent installations and because the room has a bench. The artwork varied in types, from an interactive game, to GIFs, to modern artwork overlaid on the original painting.

It’s interesting to see augmented reality used as a vehicle for protests, given it’s imperceivable to passersby unless they have an app installed and hold their phones over the correct geolocations. But, as the creators said in an email to Gizmodo, “AR can be powerful because proximity isn’t important anymore,” adding that the technology “opens a new door for protests in general”. 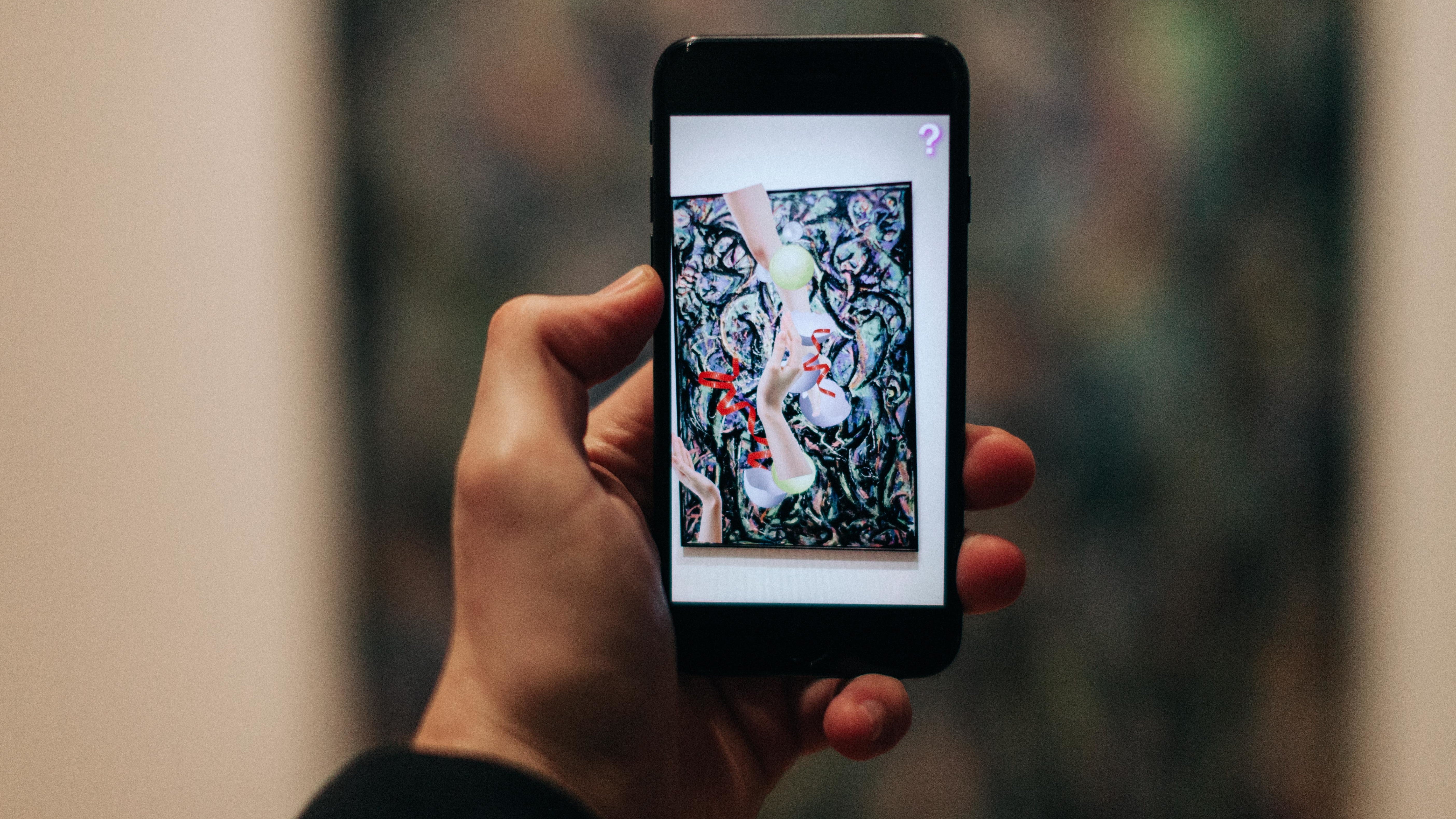 While people consuming the message need to be within the vicinity, activists don’t. As Motherboard noted, most of the members of MoMAR hadn’t met in person until shortly before their gallery launch on Friday. That means that artists and activists can create their work and distribute it to real-life locations without having to be there or, importantly, discernibly vandalise public property or private works. In fact, MoMAR has made its app open source so that the public can participate. “Feel free to do with it whatever you want,” MoMAR wrote. “You don’t even have to link to us. We’re excited what we’ll see in the future.”

It remains to be seen whether the MoMA has a policy on creating augmented reality artwork within the confines of the museum. We reached out to the museum for comment but had not heard back at time of writing. MoMAR told Gizmodo that it is working on a new show for May, which “will probably be a solo show”, and plans to continue to curate shows and events in the museum. They also said they have yet to hear anything from the MoMA.