Amaya Is The Worst Legend Of Tomorrow, Today, Yesterday And Forever 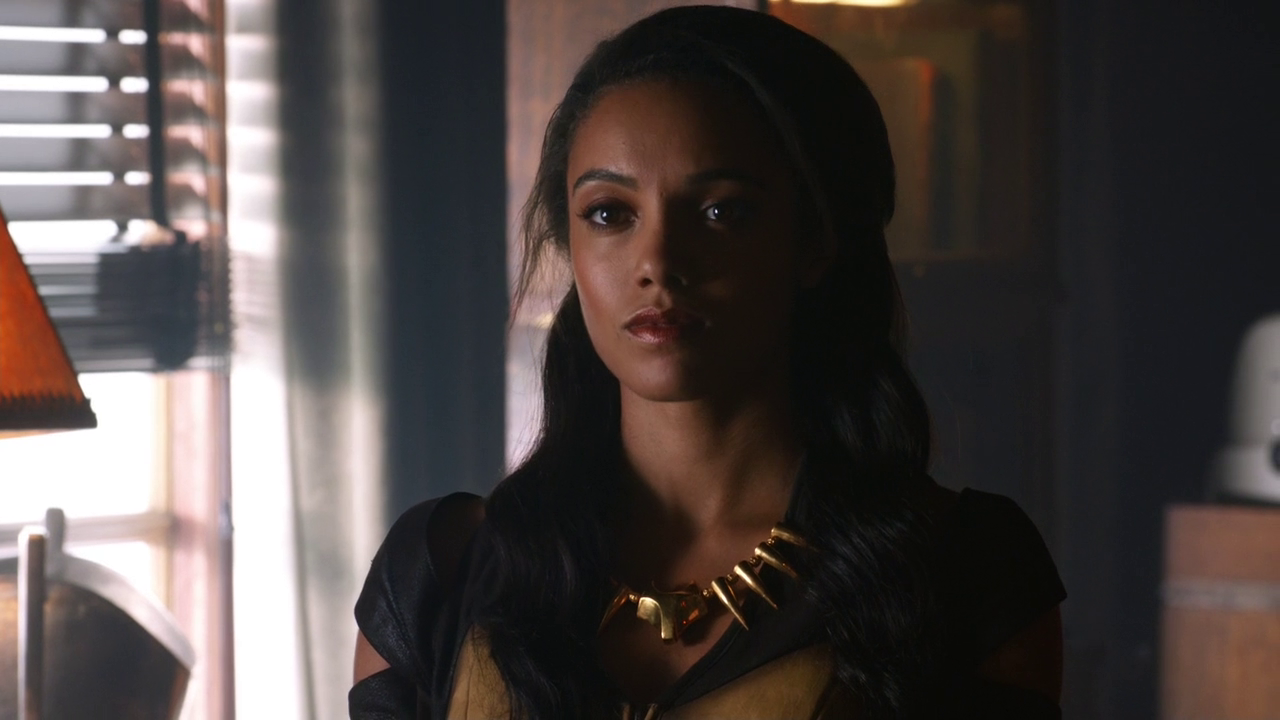 During the first season of Legends of Tomorrow, I think it was pretty clear who the worst Legends were. After all, there’s a reason Hawkbro and Hawkgirl disappeared into the Great Blue Sky in the final episode of the inaugural season. However, the laws of Time Physics demand that someone must take their place as the worst Legend. Based on the latest episode, I think we all know who it is.

Don’t give me that look, Amaya, you know what you did. Image: CW

Amaya Jiwe, AKA Vixen – not the present-day Vixen, but the Vixen of the 1940s, who fought with the Justice Society – is terrible. She started off OK, I guess, but over the past two seasons she’s become one of the most self-centred characters in the Arrowverse. (If you’re coming across as more selfish than a billionaire who hijacked someone else’s wedding to make it a surprise twofer, you know you’re screwing up.) Throughout this season, Amaya has stopped caring about the mission at hand, focusing only on how whatever’s happening will affect her or her family, who she knows will be massacred several decades from the time she was pulled from. I can’t remember the last time I heard her say the name “Mallus” with any kind of concern, apart from how he corrupted her spirit totem.

Here are just a few of the other ways Amaya’s the worst: She ghosted Nate while he was out getting doughnuts in-between seasons two and three. She wrongfully accusing Rory of killing her JSA teammate based on absolutely no evidence, choosing attempted murder of all the Legends as a solution. She’s condescending about other people’s taste in music, hobbies and other things. She never thanked Ray for putting himself in mortal danger to recover her totem after Damien Darhk snatched it from her neck. In fact, she hasn’t shut up about her damn totem until it was literally handed to her in the latest episode – by her granddaughter, Kuasa.

Over the course of the season, Amaya has teetered back and forth between praising Kuasa and treating her like crap, without stopping to look at the universe-altering bigger picture. That bigger picture came to bite her in the arse in the latest episode, “I, Aya”. Amaya’s other granddaughter, Mari (the modern-day Vixen), is in the hospital because Amaya lost her totem, therefore ensuring that it wasn’t passed on.

But that isn’t the only threat to Mari: The bigger one is Amaya herself. By continuing a relationship with Nate, Amaya has risked creating a fixed anachronism that will Back to the Future Kuasa and Mari out of existence. In order to fix this, Kuasa tricks Nate into surrendering himself to the Darkhs – not because of loyalty to the time demon Mallus, the season’s big bad, but because she’s trying to preserve her and her sister’s lives. Amaya never acknowledges this, or seemingly cares, calling Kuasa irredeemable just moments before she sacrifices herself to save the very man who might destroy her family. And then crap really hits the Time Fan.

Amaya has spent the past several episodes being super self-righteous about how others (mainly Zari) should treat the Timestream – mainly that you can’t go and change the past, even if it means saving your loved ones. Amaya knows this from personal experience, because she had previously (against everyone’s counsel) gone and looked up her own future, finding out she was destined to die in 1992. Whoopsie! You live you learn, right? Amaya’s just going to have to deal with the fact that she’s destined to dump Nate (hopefully not by ghosting this time) and head back to her home country of Zambezi to murder a bunch of invaders before being burned to death. Oh wait, she’s not going to deal with that at all. In the final moments of the latest episode, Amaya steals the Timeship and heads back to Zambezi 1992 in order to presumably prevent her own death and change her granddaughters’ fate. Even though that would create another anachronism… which Amaya is fully aware is the very thing Mallus needs in order to escape his time prison.

Legends of Tomorrow is one of my favourite shows on television, but Amaya is not one of the reasons why. Amaya’s obsession with her family, her totem and her doomed relationship is putting everyone in the universe in danger. She can’t even see that, because all she cares about is herself. I’m really hoping her journey is coming to an end this season, because this character has overstayed her welcome on the Waverider. If Amaya ends this season getting a Mind Wipe and being dumped back in 1942 – so I never have to hear her say the words “totem”, “granddaughter” or “Zambezi” ever again – I could not be happier. Zari’s way cooler anyway.