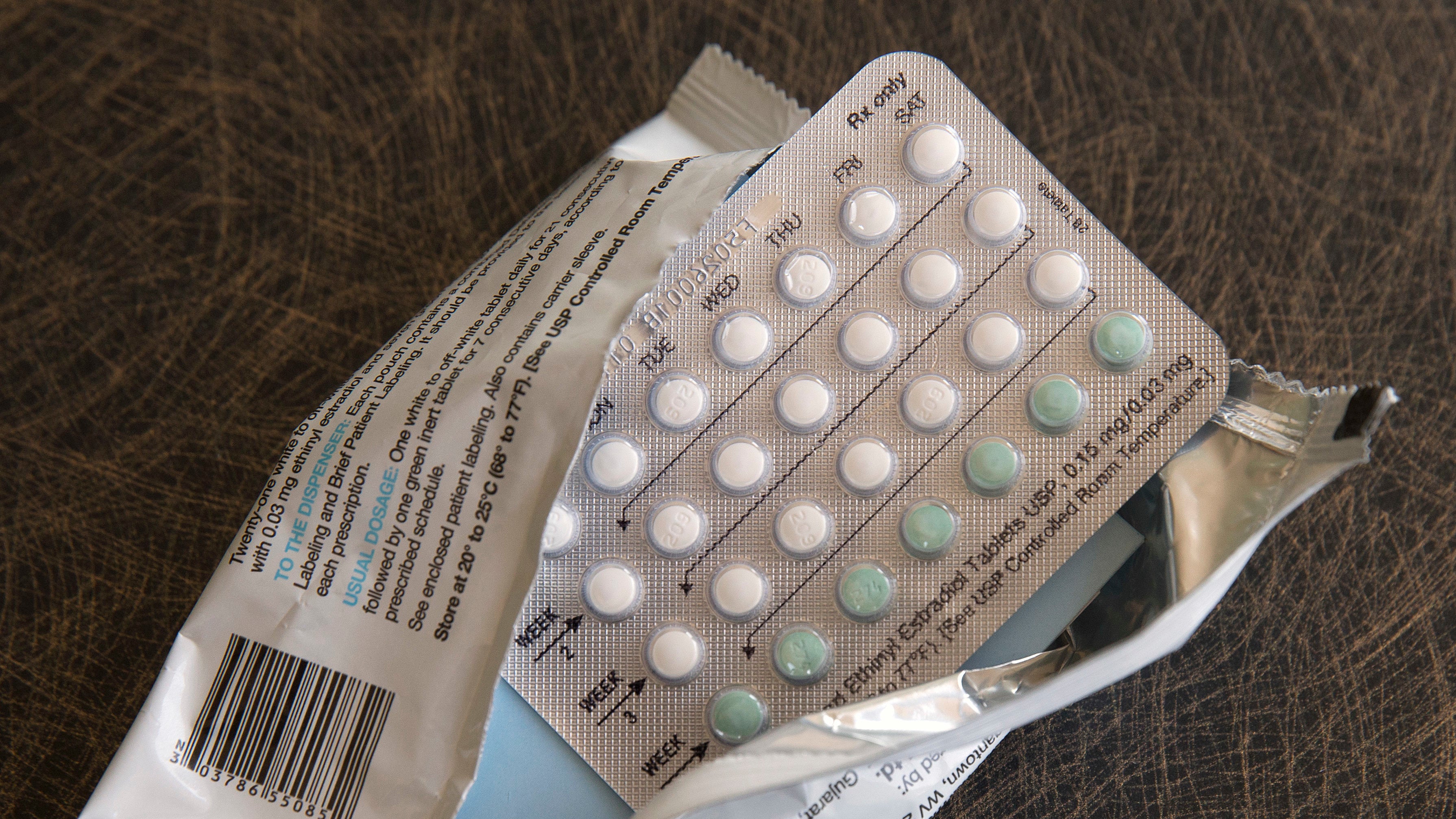 One of the latest experimental candidates for a male birth control drug is a compound that would be taken much like the daily birth control pill available for women. A pilot study presented yesterday at the Endocrine Society’s annual meeting suggests that the compound – called dimethandrolone undecanoate (DMAU) – can be safe and effective in human test subjects.


Researchers from the University of Washington and UCLA think their daily experimental male birth control drug might be as safe and effective as the birth control pill available for women, seen above. Photo: Rich Pedroncelli (AP Photo)

Researchers gave DMAU to 100 healthy adult volunteers from the ages of 18 to 50. Volunteers were given one of three varying doses of DMAU, and in one of two different formulations, in a capsule with either castor oil or powder. Five volunteers from each dosing group were randomised to receive a control placebo as well. The trial lasted for about a month, with each volunteer being told to take a daily pill with food. Eighty-three men finished the entire regimen.

By the experiment’s end, the volunteers who took DMAU experienced a drop in their levels of testosterone and two other hormones involved in producing sperm, which was starkest in those who took the highest dose. The study didn’t directly test their sperm, since it takes around three months for lowered hormone levels to significantly reduce someone’s sperm count. But the researchers say the hormone levels seen in the high-dose group have been shown to predict infertility in earlier studies of male contraception treatments. Conversely, the levels among all DMAU volunteers returned back to normal within a month’s time after the therapy was stopped.

“[It’s] a big step forward in the development of the male pill,” said senior author Stephanie Page, a professor of medicine at the University of Washington, at a media conference held yesterday. “We were very excited with the results we saw.”

The research was a joint collaboration between the University of Washington and UCLA.

According to the authors, DMAU has been designed to jump over the hurdles that have stymied other attempts at a male birth control pill. One of the leading approaches to male contraception has been to use progestin in conjunction with testosterone. The progestin causes the testicles to stop naturally producing testosterone, leading to lower sperm production, while the artificial testosterone mitigates the other effects that too little testosterone can have on the body overall. But while this approach would allow for reversible infertility, trying to deliver testosterone orally can be a hassle.

Previous stabs at a testosterone-based pill have required at least two doses a day, due to its poor absorption rate, and too much testosterone in the system at once can cause side effects such as liver damage or mood changes. Most recently, in 2016, a large clinical trial of a testosterone-based contraceptive injection was stopped early, after some men reported serious emotional problems and one volunteer died by suicide while taking it (the majority of test subjects in that study, it should be noted, said they would still take the treatment if it were made available).

DMAU is meant to act on the same receptors as testosterone and progestin. But it seems to be more easily absorbed by the body and longer-lasting. That theoretically means a single dose a day (when taken with food) should cause sterility without leading to other serious consequences, the authors say.

“The big message for us in the research field is that there really were no adverse events or effects,” Page said. “The men tolerated the drug very well. There weren’t common side effects you get from oral medications like nausea and we did not see any liver signals [of damage].”

The few side effects Page’s team observed were weight gain and lowered levels of HDL cholesterol (the “good” kind). But they feel a tweaked dose could alleviate these symptoms. Importantly, the pill didn’t seem to cause any other lasting symptoms of low testosterone. Eight men in the treatment group did report lower libido, but the effect faded away after treatment had ended.

For now, though, the as-yet-unpublished results are only a sign of hope. The researchers are currently in the middle of a trial meant to last for at least three months – a timeline that will let them directly test for lowered levels of sperm. And should that trial go off without a hitch, they would then test DMAU in real-life couples.

The researchers are also investigating another promising daily oral contraceptive drug that also passed its first safety trial in men. That drug is based on a different compound and would similarly need to be taken with food.