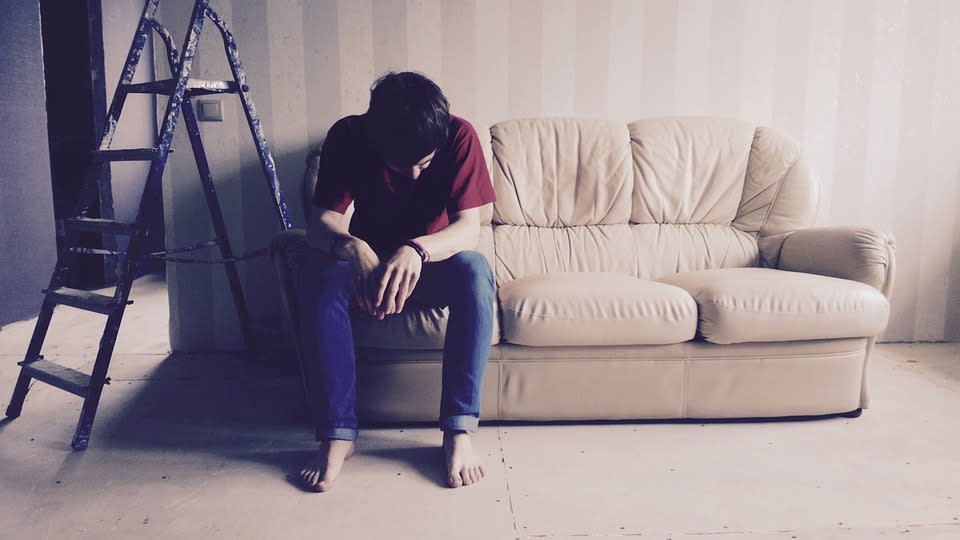 Dutch researchers believe they have unearthed a concrete clue that could help us understand an utterly perplexing illness commonly known as chronic fatigue syndrome (CFS). Their new study, published Tuesday in Frontiers in Endocrinology, suggests that some people's symptoms might be caused by a thyroid that's dysfunctional in an unexpected way.

More than 30 years after the term was first coined, there's still maddeningly little we understand about CFS, also known as myalgic encephalomyelitis, or more recently, systemic exertion intolerance disease. People with the disease experience an enduring (longer than six months) exhaustion that doesn't improve with rest and often only gets worse after exercise or other activities. They also have problems sleeping and cognitive issues that sufferers describe as a "brain fog." It's estimated that anywhere from 800,000 to 2.5 million people in the US could have CFS/ME, though the true prevalence is difficult to know.

There is no easy way to diagnose or treat CFS. That's because it provides no consistent pattern of abnormal readings from a blood or urine test. Instead, a person is only diagnosed with CFS if their symptoms can't be explained by any other known disorder. This vagueness led many doctors to initially regard CFS as a psychological condition.

There's some indirect evidence that its emergence might be tied to things like recent viral infections or stress, as well as other unknown, underlying factors, but currently there are no clear causes of CFS, despite several promising leads.

The researchers of this current study analysed the blood of 98 CFS patients who visited their clinic and compared them to 99 healthy controls, hoping to find a marker that could be used to identify them. Noticing that many symptoms of CFS resemble those of an underactive thyroid, they specifically focused on levels of hormones produced by the organ. The thyroid, found by the neck, is mainly responsible for maintaining our body metabolism, but also help regulates our cardiovascular system, brain development, and sex drive.

They found that CFS patients on average had lower levels of several thyroid hormones, such as triiodothyronine (T3) and thyroxine (T4), but not others, such as thyroid stimulating hormone. They also found signs of lower iodine in their urine, as well as some weak evidence of low-grade chronic inflammation.

The findings could suggest that some CFS patients are stuck in a state of chronically low metabolism, akin to a human form of hibernation, according to Begoña Ruiz Núñez, lead author of the study and researcher at the University Medical Center Groningen's Department of Laboratory Medicine in the Netherlands,

"The findings in our study show a low/sluggish metabolism in these patients, but it is difficult to elaborate a simple solution based on our findings or even come closer to the plausible multiple interconnected causes of the disease," Núñez said via email.

An underactive thyroid is in fact one of the first diagnoses many CFS patients are tested for, according to Núñez. But as seen in the current study, CFS patients don't quite fit the criteria for the condition, since they still have normal levels of thyroid stimulating hormone.

Instead, they might be dealing with something similar to a commonly encountered condition known as Low T3 syndrome. These patients have lower T3 levels, but normal levels of thyroid stimulating hormone. But they also have higher levels of a hormone known as reverse T3. The theory goes that sometimes, the thyroid can inadvertently produce reverse T3 (rather than T3), leading to less T3 in the blood as well in tissue. Many people with Low T3 syndrome don't become sick as a result, though there's growing evidence that it might play a role in worsening conditions like kidney disease or serious infections.

The authors aren't the first to find a Low T3 connection, nor the first to find evidence that a low metabolism - aided by hormonal imbalance - could help explain CFS symptoms. But Núñez notes their theory can't explain the exact cause of someone's CFS; it'd only offer one of many explanations for how their bodies became impaired.

"These patients exhibit [chronic] altered responses that may go much further than simple low levels of thyroid hormones," Núñez said. "The whole body should be seen as a complex intricate network and thyroid axis alterations may just be a small arrow pointing where to look for more hints."

Indeed, only 16 of the 98 CFS patients in the study had levels of hormones (including reverse T3) indicative of Low T3 syndrome, compared to seven of the control patients.

"The present findings are possibly in line with a common final pathway, but do not get us closer to the cause(s)," the authors wrote.

Still, if their findings do hold true among a larger sample size of patients, it could bring us one step closer to developing a diagnostic test, as well as possible treatment, for at least a subset of CFS cases.

Núñez's team isn't likely to pursue this work themselves, given that they are a small laboratory interested in "evolutionary medicine and clinical chemistry to help other disciplines get more insight into diseases, among other things," she said. But they hope their findings can inspire more research.

"We suggest trials involving the treatment of these patients with combined L-T3 and L-T4 therapy, iodide supplements," Núñez said. She also suggested more research to confirm the results in a large group of people that can also test whether lower levels of certain hormones predict worse symptoms.

Other recent research in the CFS field has suggested that levels of gut bacteria or certain forms of inflammation could similarly help confirm a CFS diagnosis.