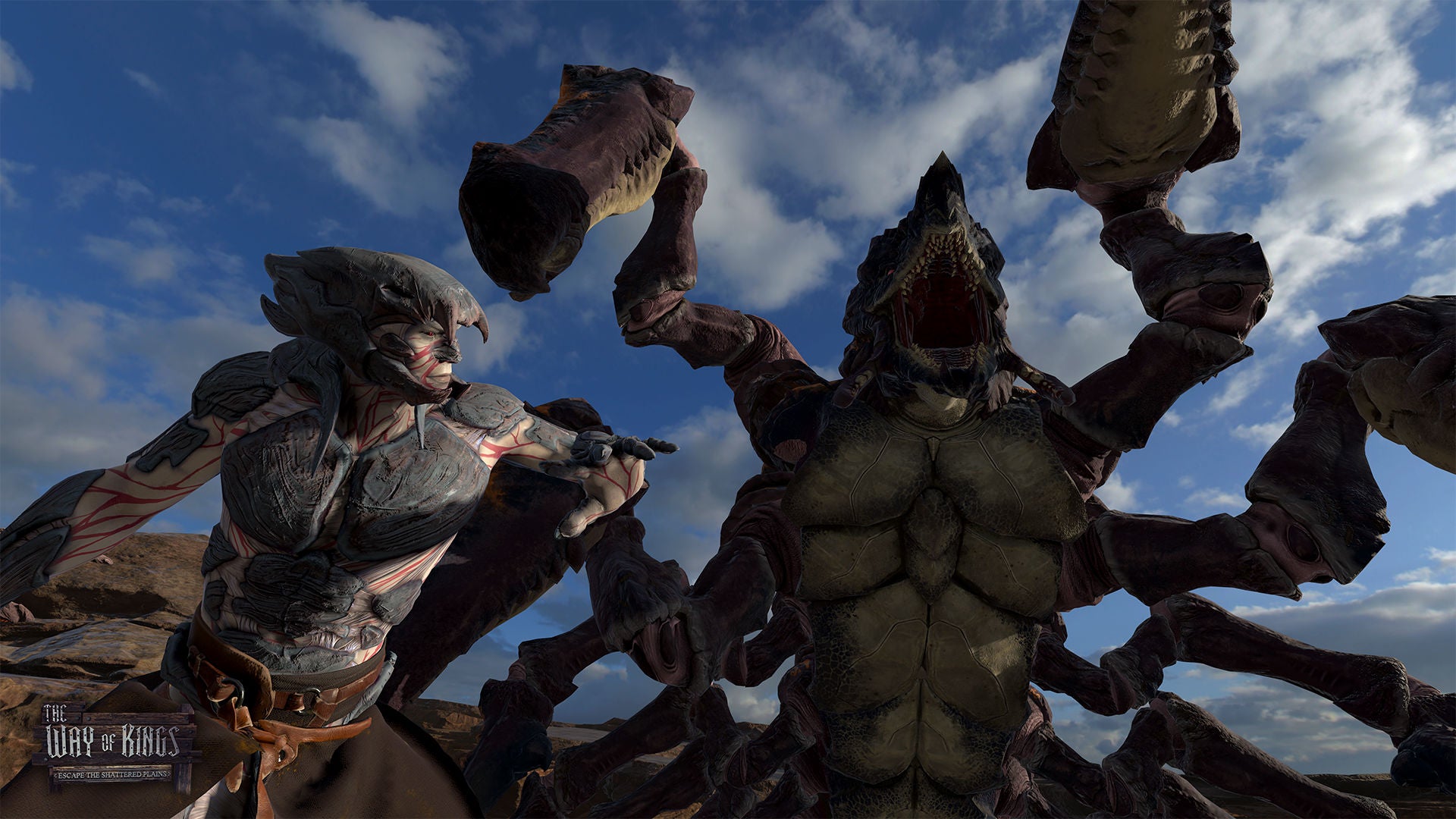 Some days you're driving around Los Angeles and suddenly find yourself on the Shattered Plains of Roshar, using stormlight to fight off Parshendi warriors.

That was my experience last week as I visited the Beverly Hills offices of DMG Entertainment to try Arcturus' The Way of Kings: Escape the Shattered Plains VR Experience. It's the first time that fans of Brandon Sanderson's popular The Stormlight Archive series will get to see his magical fantasy world come to life in any format at all, so we had to give it a shot.

In the experience, which will be released March 2 on Viveport and Steam for HTC Vive, players assume the role of Kaladin, one of the main characters in the fantasy series. The experience starts in a terrible storm, on a desolate dock, where Kaladin has been left to die. Then the dock breaks and you're stranded in a deep chasm. There you meet Syl, a kind of fairy who acts as your teacher in this weird new world. Syl explains that it seems you have a special power, visible as a glowing energy in your hands. It's called Stormlight, and Kaladin can use it to "lash" himself and objects, effectively readjusting their gravity - or what is "down" for them. The result is that in the game, you use it to pick things up and move around in superhuman ways. 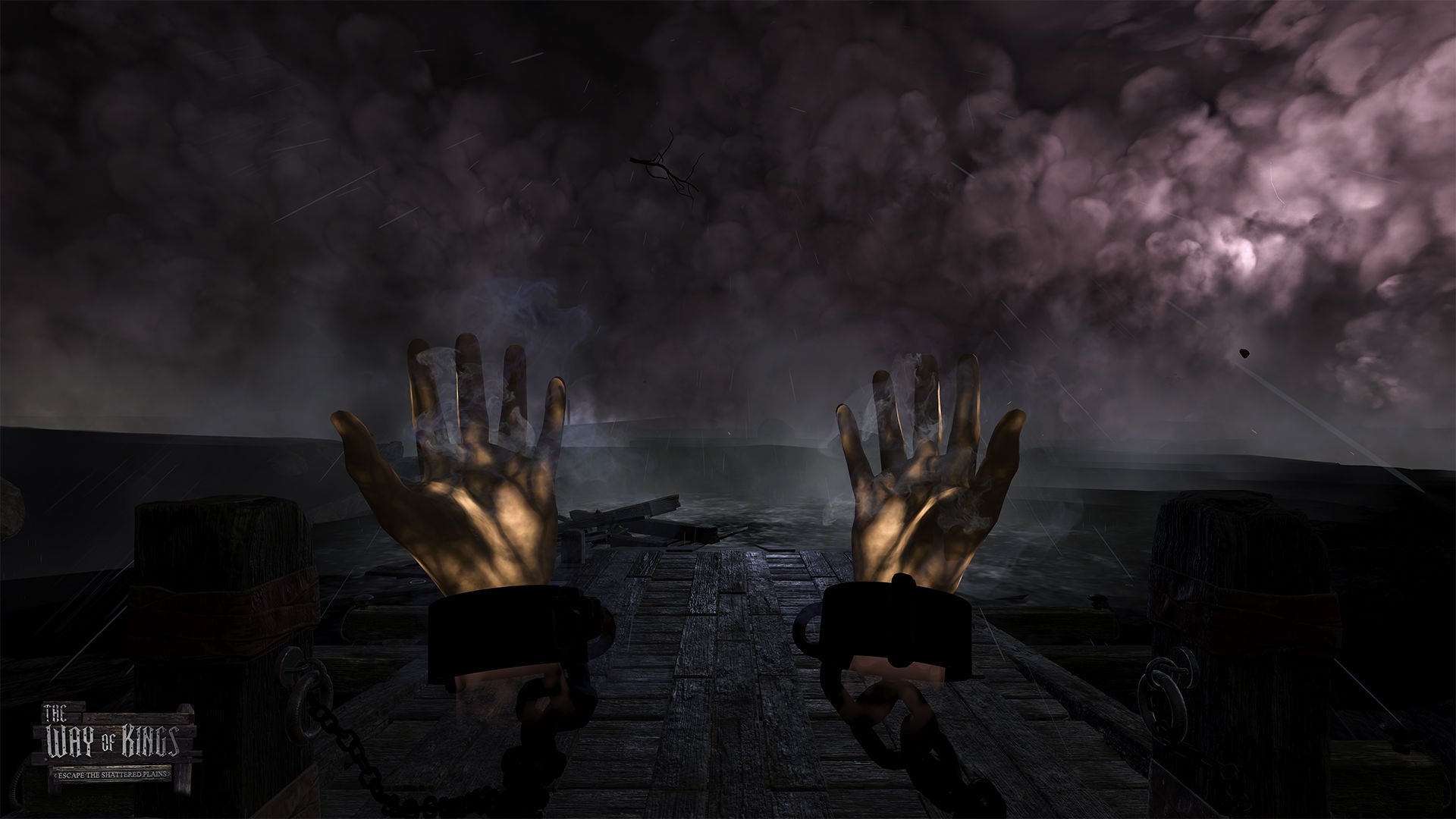 "We wanted to create something that somebody that's never read or heard Brandon before could relate to, yet is true to the lore and stories for the diehard fans," Ewan Johnson, Chief Creative Officer of Arcturus, told us. "He's a very rich and vibrant writer in terms of how he writes worlds and describes experiences. But there haven't been any real worlds [of his] visualised yet. We haven't seen the future film adaptations yet. We haven't seen it in other games. So this was really the first chance to step into that world."

Once Kaladin and Syl start to explore the chasm, the player uses stormlight to clear pathways and, eventually, take a deliciously disorienting walk up the side of the chasm. At the top, you find yourself in a battle with dozens of gruesome-looking Parshendi warriors, all of which are out to kill you. That is, until, a hulking Chasm Fiend (seen in the top image) comes onto the same plateau. Then it's every stormlight-filled human or evil warrior for themselves. Check it out:

The experience was created after Johnson and the team at Arcturus went through the first two books of Sanderson's series and figured out what the easiest entry point would be.

"Really the most important thing out The Way of Kings is Kaledin's journey," he said. "In the book, he is trapped and left out to die in the storms. The absorption of stormlight energy is an important part of the lore, and he is the first known human to actually be able to absorb it and use it as a super-power. And so that was an important element to work into it." 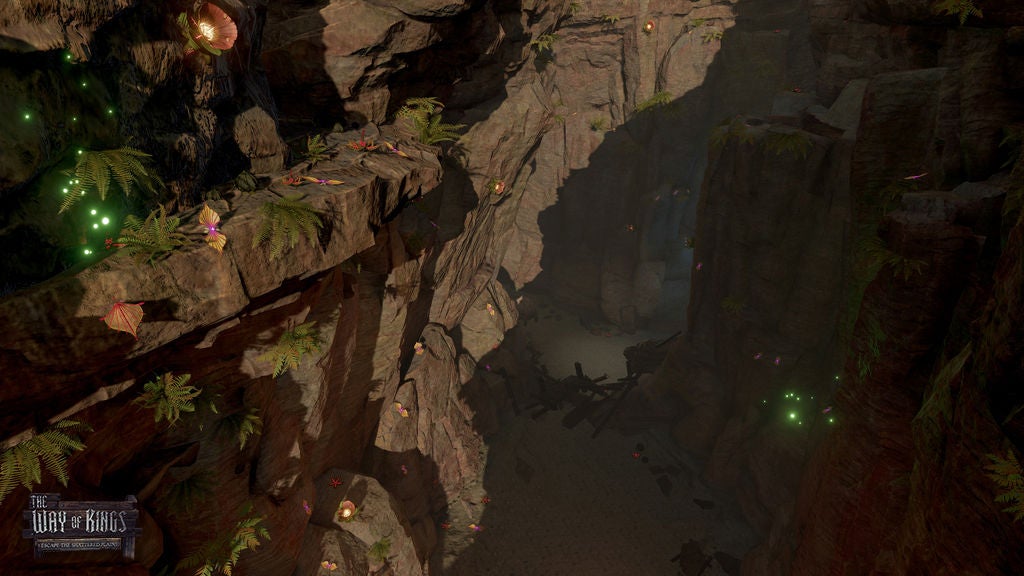 Using that basis and elements from all across the first two books, they created this almost origin-like VR experience. The whole thing took me about 15 minutes to complete but, afterwards, I realised I blazed through it much quicker than I should have. Johnson explained that I could have interacted with the plants, found hidden creatures, and fought in different ways. There's a lot of replay value in terms of exploration, even if the story elements are relatively straightforward. Plus, throughout the experience, everything stays true to the world Sanderson has created - which makes sense since he's been part of the process since the very beginning.

"He's been along the whole journey," Johnson said. "It's really important when you bring somebody's characters to life to make sure that you're capturing the spirit and the essence of what they intended. And so far, he's loved it. He really felt like we captured the characters well and the world and the environment." 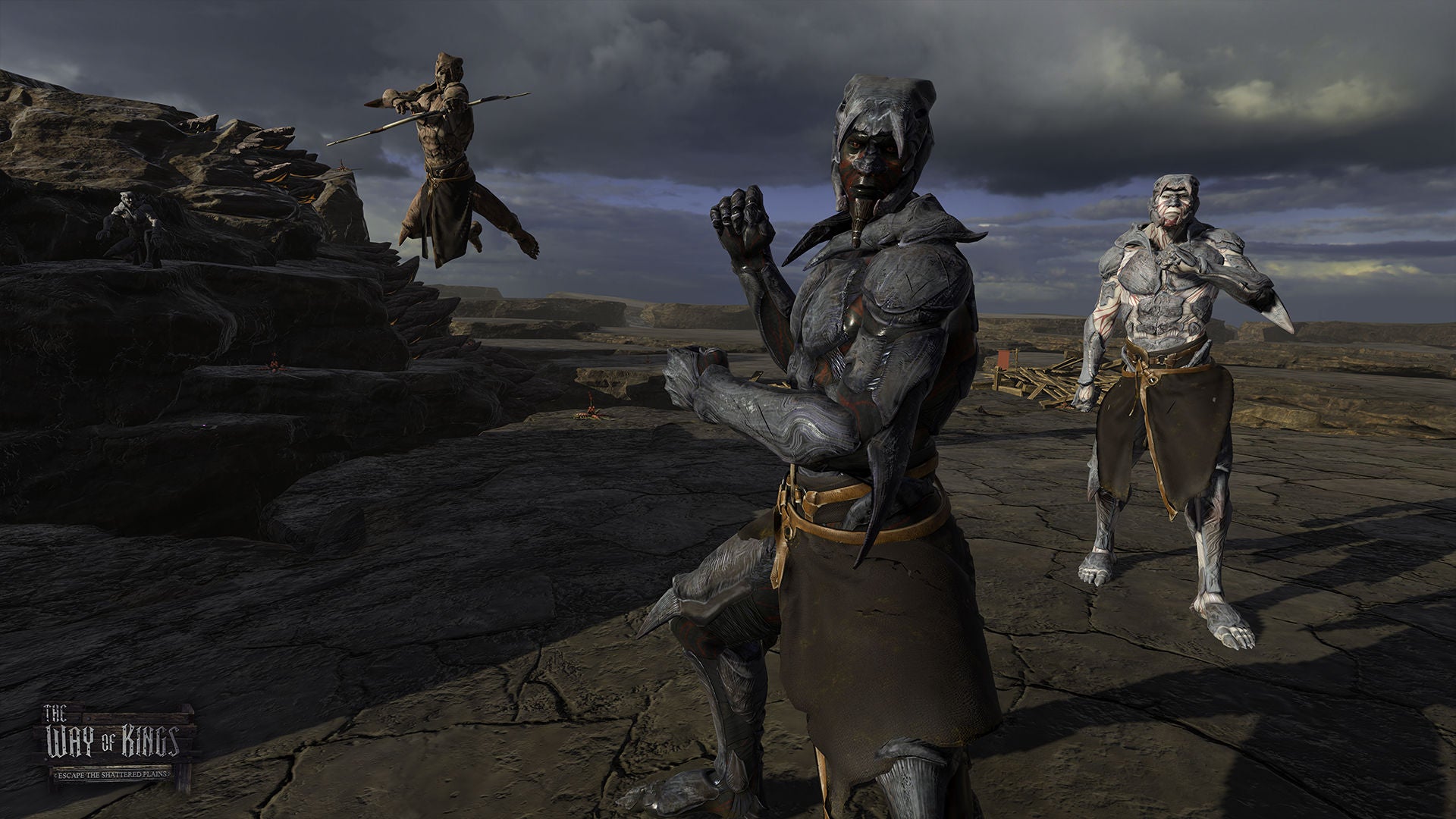 So far, Sanderson's Stormlight Archives series consists of only three main books, but there are at least seven more coming. That means this VR experience barely even scratches a scratch on the surface of this vast world, but it does end with a cliffhanger, teasing more adventures to come.

"This was the first step to give people a chance to exist in the world," Johnson said. "There are so many great areas in the book to explore and expand. Other powers like being able to fly being able or to actually experience the other main characters and shardblades. That's an amazing place to explore. So we're looking at a lot of different areas to expand and continue. We just want to give people a chance to experience it first."

The Way of Kings: Escape the Shattered Plains will become available on Viveport and Steam for HTC Vive on March 2.