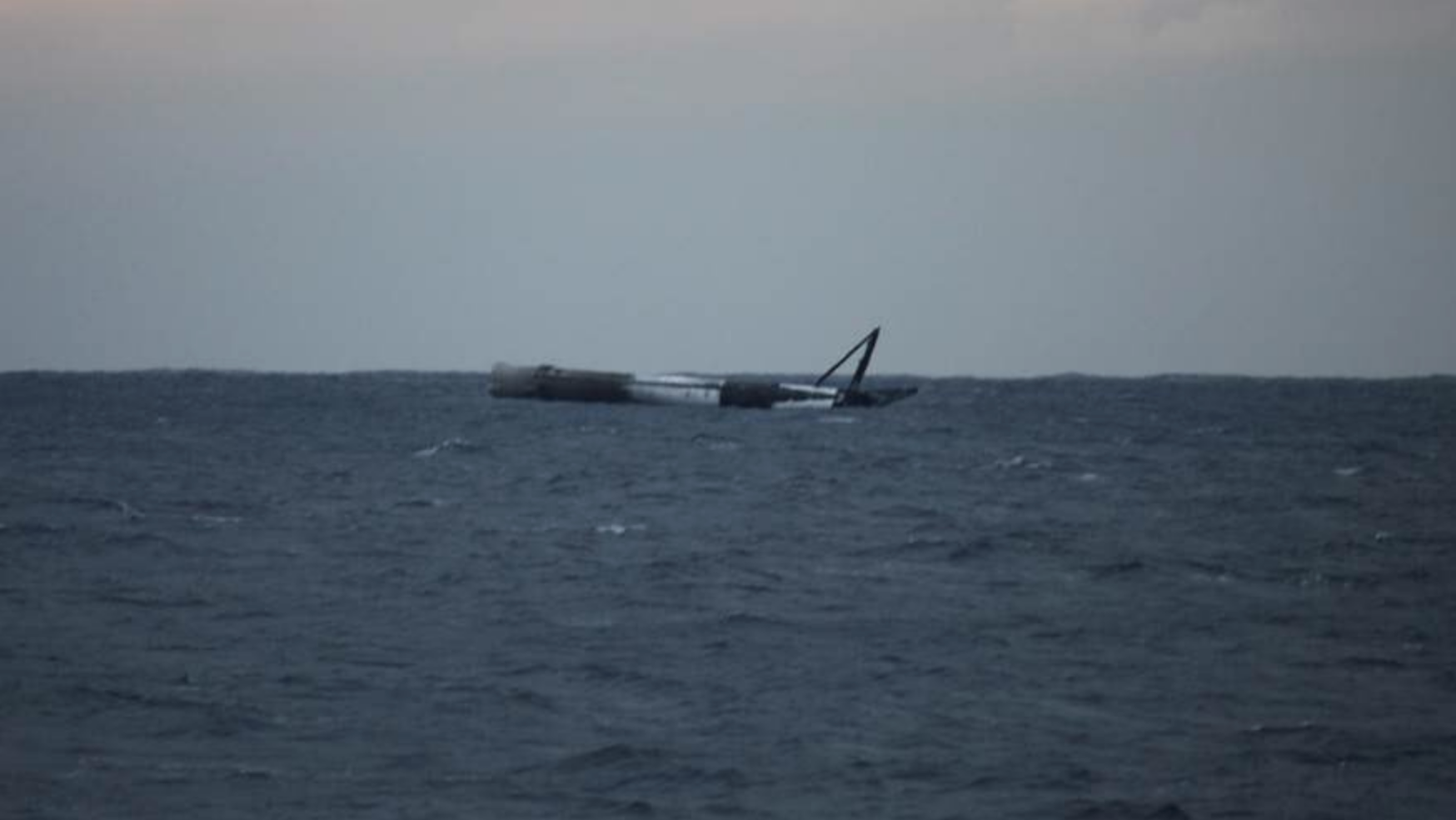 Yesterday, SpaceX delivered a government satellite to orbit using its Falcon 9 rocket. Typically, these rockets return to Earth to live another day, but on this occasion, the company wanted to test an experimental landing system. The Falcon 9 was meant to end this mission in a watery grave, but the rocket unexpectedly managed to survive its deliberate landing in the ocean.

The Falcon 9 rocket successfully ferried the GovSat-1 communications satellite toward orbit 32 minutes after launch from Cape Canaveral Air Force Station in Florida. Commissioned by the Luxembourg government and satellite operator SES, the new satellite “enables secure communication links between theatres of tactical operations, for maritime missions or over areas affected by humanitarian crises,” according to a SpaceX press package. The satellite is designed for intelligence surveillance and reconnaissance jobs, and is equipped with anti-jamming features and encrypted telemetry and control.

Falcon 9's launch of GovSat-1 to a Geostationary Transfer Orbit is SpaceX's sixth mission with a flight-proven rocket. https://t.co/llX17HizMJ pic.twitter.com/FemC90upRb

The Falcon 9 rocket used for the mission, B1032, had already completed a similar mission, depositing a satellite to orbit back in May 2017. But as SpaceX vaguely said before the mission, it would “not attempt to recover Falcon 9’s first stage after launch”. Even during the launch, SpaceX engineer Michael Hammersley admitted it was “weird” to consider that they weren’t going to recover the rocket. “Space X has landed about 20 first stages at this point,” he said during the broadcast. “The goal for each first stage is to last [for] tens of launches in the short term, and hundreds or thousands of launches in the long term.”

It was only later that SpaceX CEO Elon Musk explained what was going on, and that the rocket was being used to test a new landing system. The Falcon 9 “landed” on the water to prevent any damage to the floating landing pad.

This rocket was meant to test very high retrothrust landing in water so it didn’t hurt the droneship, but amazingly it has survived. We will try to tow it back to shore. pic.twitter.com/hipmgdnq16

“This rocket was meant to test very high retrothrust landing in water so it didn’t hurt the droneship, but amazingly it has survived,” he said in a tweet. “We will try to tow it back to shore.”

In comments, Musk confirmed that the Falcon 9 went through a three-engine landing burn, in which three of its nine Merlin 1D engines were engaged. Prior to this, all Falcon 9 landings have used a single Merlin 1D ignition. Writing at Teslerati, Eric Ralph explains:

[By] using three engines, it is entirely possible that SpaceX hopes to eventually move towards even more aggressive landing burns. While the obvious downsides likely include difficulty maintaining control and increased stresses on the booster, the benefits are also pretty inherent. By using more engines, the length of the landing burn could be drastically shortened, resulting in far more efficient propellant usage by minimising losses to gravity (every second the rocket is trying to go upwards is a second fighting against Earth’s gravity, which pulls the rocket down at ~9.8 meters/second squared).

Crazily, the rocket appeared to survive the “landing”, and SpaceX will tow it back to shore for inspections. SpaceX had said it wasn’t going to recover this rocket, so it isn’t known if it will be patched-up and used for a third time. It’s doubtful, however, that a client would want to place a precious multi-million dollar satellite atop a rocket that’s been drenched in salt water. But who knows. The company might be able to salvage some parts at the very least.