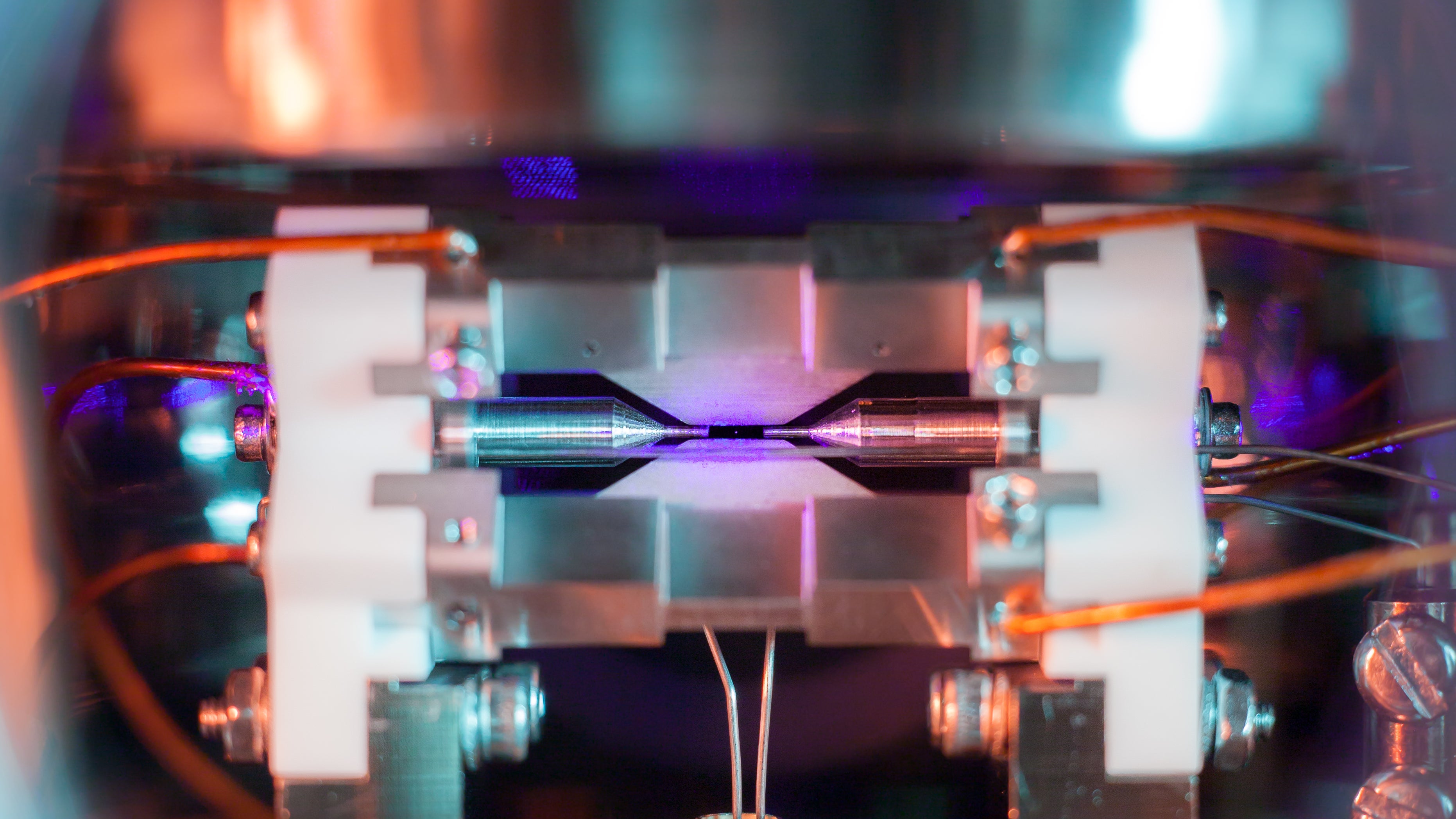 Zoom in close on the centre of the picture above, and you can spot something you perhaps never thought you’d be able to see: A single atom.

Here is a close-up if, you’re having trouble:

This strontium atom is emitting light after being excited by a laser, and it’s the winner of the UK’s Engineering and Physical Sciences Research Council (EPSRC) photography award. The EPSRC announced the winners of its fifth annual contest yesterday. Winning photographer David Nadlinger, graduate student at the University of Oxford, was just excited to be able to show off his research.

“It’s exciting to find a picture that resonates with other people that shows what I spend my days and nights working on,” Nadlinger told me. The best part, to him, was “the opportunity to excite people about my research, more than winning a competition”.

Nadlinger traps atoms as part of his research on quantum computing. The laser light causes the atom to emit photons, which could be collected using a longer exposure. He took the photo through a window into the vacuum of the ion trap.

Judges selected the photo from more than 100 entries that receive EPSRC funding – the EPSRC is the main funder of physical science research in the United Kingdom. Here are some of our other favourites.

Screening the different shapes of certain polymers. By Mahetab Amer – University of Nottingham (Image via EPSRC)

This image demonstrates the behaviour of soap bubbles to study the formation of foams. According to the EPSRC website, it was “taken using a highly customised set-up comprising two Quality Street biscuit tins, an oven tray, parts of a Tesco water bottle, a piece of transparency paper, Fairy Liquid, a builder’s lamp and a DSLR camera, a Nikon D500 with a 105mm VR macro lens”. By Li Shen – Imperial College London (Image via EPSRC)

An unprocessed transmission electron microscope image of a gas core surrounded by a bio-compatible shell. By Estelle Beguin – University of Oxford (Image: EPSRC)

A robot taking a selfie. By Luke Cramphorn – University of Bristol (Image: EPSRC)

Various 3D-printed aluminium structures meant to be as simultaneously light and strong as possible. By Sam Catchpole-Smith – University of Nottingham (Image: EPSRC)

A colorised image of a biodegradable microbowl that could potentially deliver drugs more efficiently. By Tayo Sanders II – University of Oxford (Image via EPSRC)