Lunch Time Deals: Save $500 On The Dell Inspiron 7000 Gaming Laptop

When you're buying your lunch today, you might want to take a moment and spend a little more. Gizmodo's Lunch Time Deals posts point out any particularly good bargains for Aussie bargain hunters around the 'net.

To score this discount - which is only available until February 7 - you'll need to sign up to JB Hi-Fi's Instant Deals newsletter and get a coupon code.

Here's what Alex Cranz thought when she took this machine for a spin.

I easily squeaked out a little more than 30 frames per second when I played Rise of the Tomb Raider on High settings. On WebXPRT, a popular synthetic benchmark that tests for browser-based activities like spreadsheets, photo editing, and web page loading, the Inspiron 7000 scored a 412, which is nearly identical to the score notched by the zippy new 33cm Macbook Pro. And it's much faster than the gaming-focused Razer Stealth Blade. 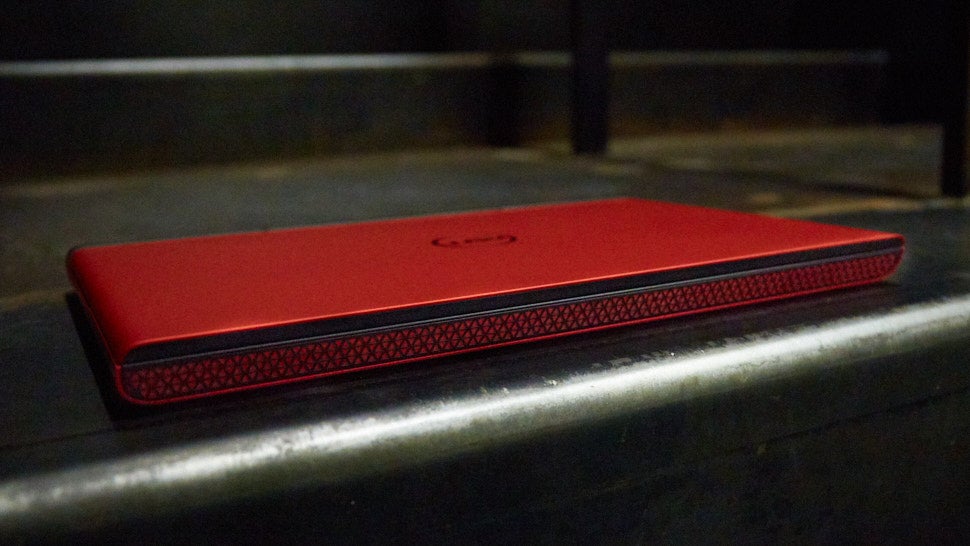 The Inspiron 15 7000 Gaming laptop is a device meant to fly despite its price. Nerds will note that it won't give you 60 frames per second on a graphically intensive game like Battlefield 1 or Rise of the Tomb Raider, but 30fps is more than enough for normal mortals. The cheap machine also gives you a really nice full keyboard with keys backlit by red LEDs.

Though the red isn't just reserved for the keys. The vents are covered in a fine red mesh, and the top and sides of the laptop are covered in a pleasant soft touch red. "That's gross," a co-worker opined. "I love it," I responded, clutching the giant laptop to my chest.

While most budget laptops are thirteen inches or smaller, the Dell Inspiron 7000 is a 15-inch machine. And it's bulky in more than one way, weighing a solid 2.65kg and measuring an inch thick when closed. It's hefty because to keep the price cheap, Dell is using effective — but space consuming — measures to handle the heat put out by the discrete graphics card and processor. (If you want thin, you'll need to spend a lot more money for something like the 2017 Razer Blade, which starts at $2800, or the MSI GT62VR, which starts at around $2300. 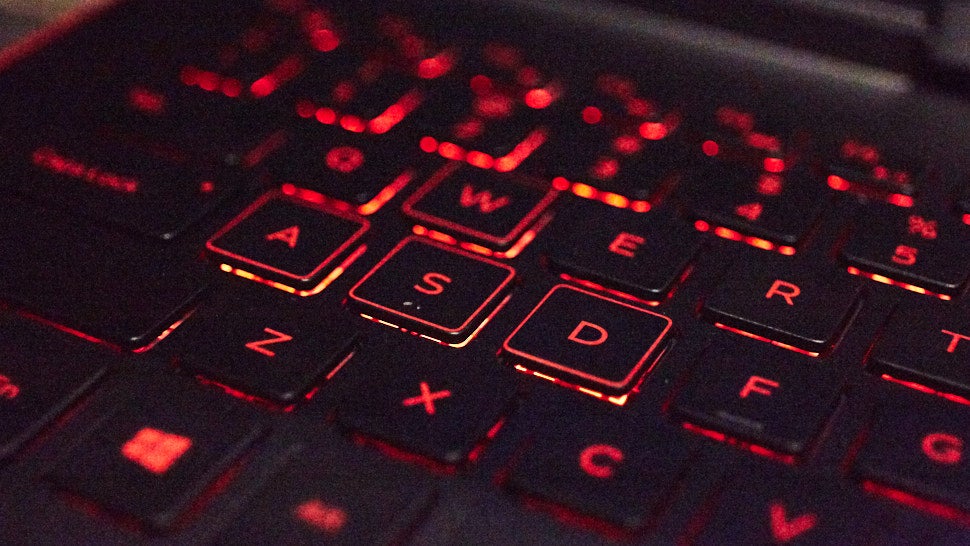 To manage heat cheaply and efficiently, Dell uses a set of fans which roar to life when playing games. Running a game as simple as Civilisation VI immediately kicked them into high gear and forced me to turn up the volume of the TV I was watching in the background while I played. But the fans definitely kept the laptop cool, too. A few rounds of Overwatch can make some laptops so hot you don't want to touch them, but I had zero issues keeping the Inspiron 7000 on my lap.

To get this laptop to such a cheap price Dell also had to skimp on physical build quality and aesthetics. The 15-inch 1080p display is...not good. It just has awful viewing angles. Stoop forward or lean back and you instant get a completely different visual experience. Which is deeply frustrating. Just like the sharp corners of the chassis that dig into your forearms when you type. 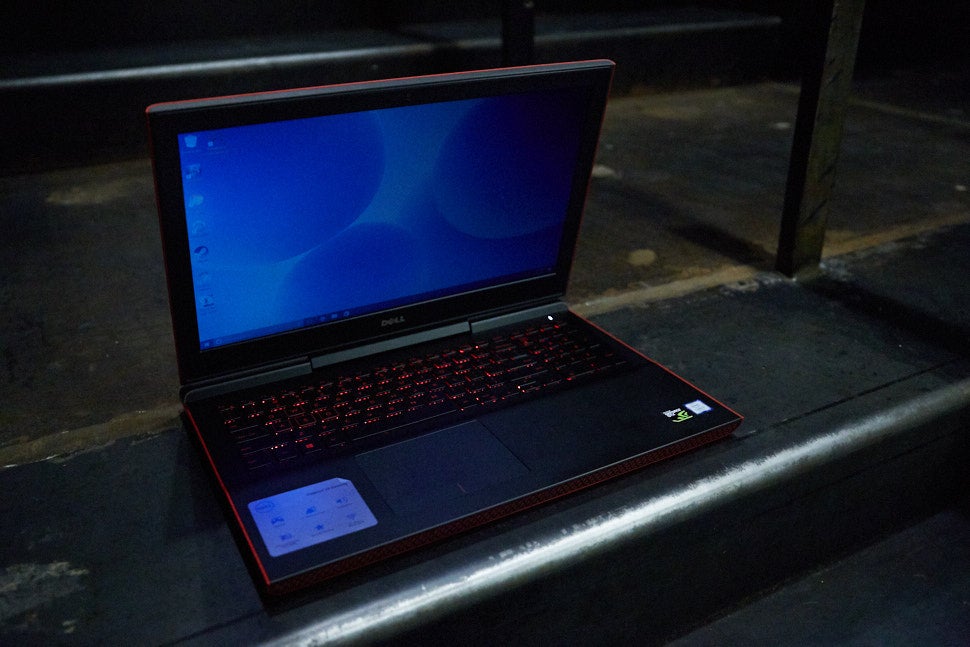 In the end, the roaring fans and a bad screen are constant reminders that you saved a lot of cash to get this laptop. And you did! There are very few laptops in the $1900-$2000 price range that are as efficient and fast as this one. But when you're saving money, you can't get everything you want.

If all you care about is playing some games on a PC, then get the Dell Inspiron 7000 Gaming. If you want something beautifully engineered, then keep saving your money.