As Bitcoin Crashes, US Regulators Still Have No Clue What They’re Doing 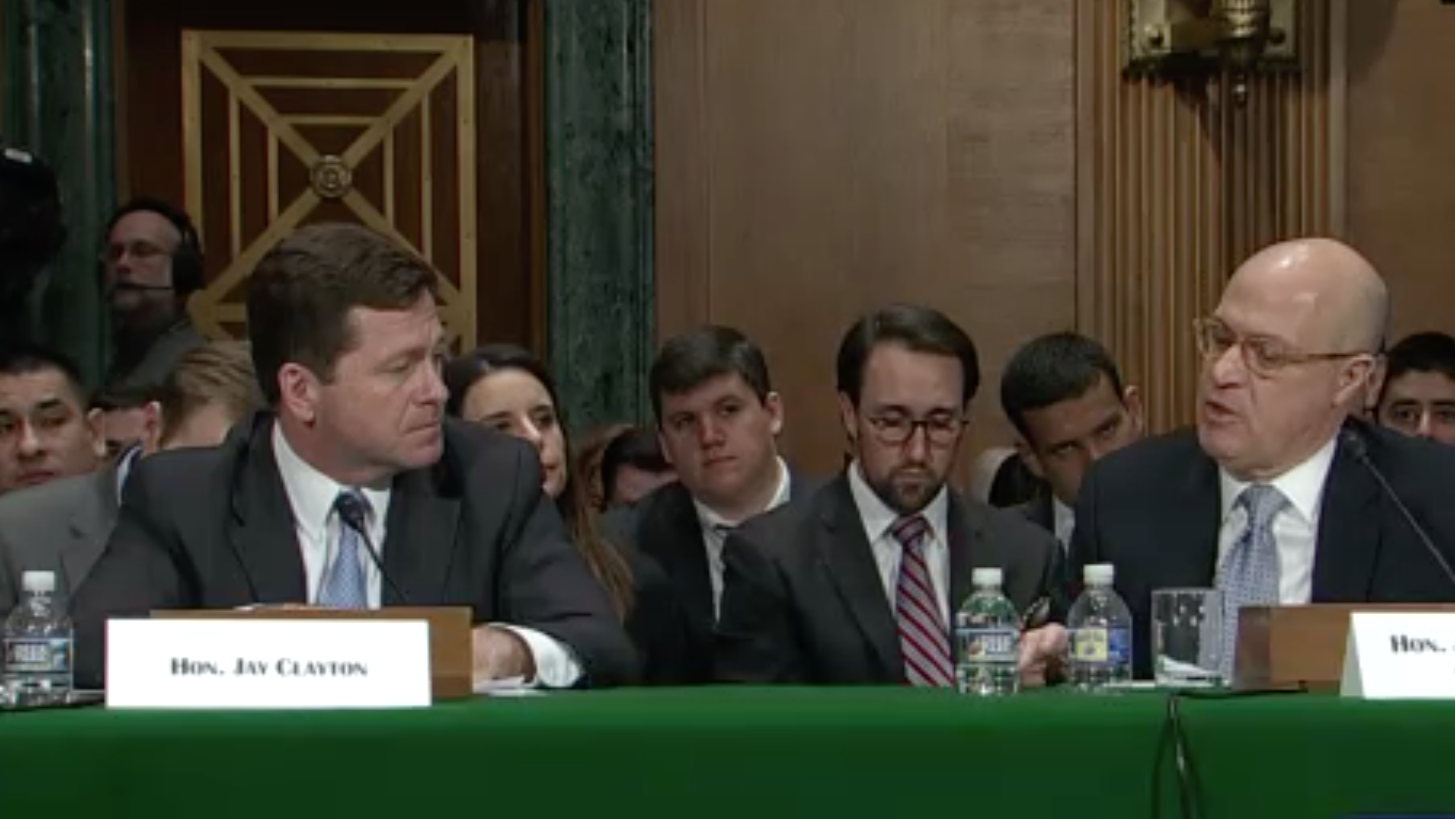 The heads of the US Securities Exchange Commission and the Commodity Futures Trading Commission sat before a congressional committee today to restate their intent to regulate – but not stifle – cryptocurrency and its related offerings. During questioning, however, it became clear that foundational issues are stalling progress in cracking down on fraudsters.

Following opening remarks from the SEC’s Jay Clayton and the CFCT’s J. Christopher Giancarlo that asserted their agencies’ authority to regulate elements of the crypto market, a major focus of the hearings was to determine which agencies would be responsible for meaningfully enforcing what – a question that requires defining what exactly a cryptocurrency even is.

At one point, Senator David Perdue, a Georgia Republican, asked if Bitcoin would be classified as a security, a commodity, or both. To which Giancarlo replied:

Whats so challenging about bitcoin is it has characteristics of multiple different things […] if its a medium of exchange, then its a currency-like instrument. And yet as we’ve seen a number of means of exchanges have been closed to Bitcoin […] yet it’s still spoken of as perhaps a means of account. In that case it has implications from the [Federal Reserve] and currency. From our point of view, when it’s used as a store of value then it’s very much like an asset, like a commodity.

None of what Giancarlo is untrue. It’s also not especially helpful from a regulation standpoint.

Both the agencies that sat before Congress today have taken aim at businesses in specific incidents: The SEC has halted some initial coin offerings; the CFTC charged My Big Coin and its principals with fraud last month. So far, there’s been little in the way of sweeping enforcement of the market as a whole because no agency seems to agree on whose problem it is.

The beginnings of a multi-agency virtual currency working group were repeatedly brought up. But as Giancarlo admitted early on, “there’s a patchwork here, but there’s not a comprehensive structure.”

Beyond sussing out the key issues of what cryptocurrencies are and which entity should regulate them, both Giancarlo and Clayton had few answers for basic questions about the space where they’re tasked with protecting consumers. Spot market? Unregulated. How much money was raised by ICOs in the US? Unknown. Asked about Bitcoin’s 3200-per cent climb over the past five years – and recent crash – Clayton replied, “I don’t really know what’s driving the volatility.” And when posed with a question about enforcement options when cryptocurrency is used to evade US sanctions, Giancarlo noted that “the jurisdictional lapse is probably greatest for the two agencies sitting before you today”.

Lack of information might have been precipitated by another challenge brought up by several lawmakers, including Democratic Ohio Senator Sherrod Brown, who pressed for information about the level of these agencies’ technical expertise, and, in the case of the SEC, a hiring freeze.

This hearing took place, we should note, just after Bitcoin’s price plunged to around $7500 before rebounding slightly to around $9000.

The bureaucratic inefficiency on display today and the slapdash efforts at protecting consumers thus far should not come as heartening news to crypto enthusiasts, however. Senators involved with the hearing seemed, by in large, to be supportive of more aggressive efforts and willing to assist the SEC and CFTC in coordinating them. The structure for broad regulation of crypto markets may not exist now, but as Clayton told the committee, “we may be back with our friends from Treasury and the Fed to ask for additional legislation.”