Why ‘Wonder Woman’ Is Even Better Than You Remember

While it wasn’t without its problems, the 2017 big screen adaptation of arguably the world’s most famous superheroine was a monumental triumph. Cracking $821.9 million at the box office, it’s easy to forget what Wonder Woman was up against, and the details that made it so great.

Straight up, Wonder Woman had pretty much everything going against it.

An incredible amount of pressure from the geek world and Wonder Woman fans across the planet, the weight of “if this doesn’t work it just proves female superhero movies aren’t worth it” (a genuine opinion, held by many powerful people), blatant misogynists that have no idea what Wonder Woman stands for and can’t accept feminism as a positive influence on society, not to mention coming off the back of Batman V Superman – which well, it wasn’t great.

Just as a reminder of what Patty Jenkins was springing from here, this is what I said at the time:

I’m just going to come out and say this. The idea that Diana Prince could walk into a room full of socialites in a glittering backless gown and blend in is flat out ludicrous, yet that is exactly what happens in Batman V Superman. “Pretty girl” is the first thing said of her by Bruce, after the pair had a few moments of borderline-sultry eye contact. I’m sorry, what? No. Wonder Woman is not a girl. Wonder Woman is a powerhouse. The woman is an Amazon. Depending on her origin story, she’s a demi-god. This may have been an attempt to establish Bruce’s character, but in doing so dismissed the absolute presence Diana brings to a room.

And what is she doing now? Is she a spy? Is she a secret agent? Does she just rock up to parties to get what she needs, then go back home to snuggle in her cardigan in front of her laptop? It’s great that we have met her but we really needed more to go on here.

I think the biggest disappointment with Diana came from her lack of true character. When we think about the character traits you associate with Wonder Woman – strength, compassion, empathy, generosity, always seeing the good in people – it does appear this film chose to focus on the first to the detriment of the rest. She was played as mysterious, alluring, flirtatious, even selfish – and I was left confused. Diana Prince is not a femme fatale. Diana Prince is a woman with a heart of gold and a need to do good in the world. And Diana Prince would never compare herself to other women in a disparaging way, Amazonian or not.

She kicks some serious butt in battle. That is the bare minimum we needed from Wonder Woman in this film, and we got it. Her appearance on screen, accompanied by her signature 80’s glam rock guitar riff (who okayed that?), elicited genuine cheers from the audience, and gave me actual goosebumps.

This is the first time we have had Wonder Woman on the big screen, and there’s a lot riding on how she is portrayed. This may be causing me to be harsher than I’d like to be, but I think these points are worth bringing up.

There is one moment in the midst of a fight where she falls to the ground. The audience is treated to a crotch shot, splayed legs, and a cheeky smirk on her face and she revs back up to get in there and fight some more, because this is the extent of her persona in battle. Later when Diana explains her absence by saying she gave up on the world of men, while Bruce assures her there is good in the world. For me, these two moments are pretty big clues pointing towards a complete lack of understanding within this film as to what Wonder Woman is all about.

What gives me hope is that Patty Jenkins (the director of the standalone Wonder Woman film) seems to have a much better grasp on who Diana is, based on interviews she has given.

And that she did. As our favourite Mikey Nuemann explains in this deep dive, Patty Jenkins gave Diana her true character. And every single crew member paid such incredible attention to detail to make sure it happened.

Even Patty herself agrees.

Thank you for understanding exactly the point and message of this film @mikeyface! Worked extremely hard to culminate in exactly what you so nicely reflected back. "It's not about deserve. It's about what YOU believe" Appreciate the kind words and video. https://t.co/dRHRZwHYlQ

If you enjoyed the video in this post, consider becoming one of Mikey’s Patreons! You get some cool stuff, and the comfort of knowing he can keep making awesome content like this.

In October this year Wonder Woman was made an Honorary Ambassador for the Empowerment of Women and Girls, the symbol of a campaign aiming to highlight what we can collectively achieve if women and girls are empowered, shining a spotlight on women and girls who have made and are making a difference every day by overcoming barriers and beating the odds to reach their goals.</p><p>Now, in response to an online petition pointing to her clothing and breast size as a reason to strip the 75 year strong feminist icon of her honorary ambassadorship, Diana Prince has been removed from the campaign. 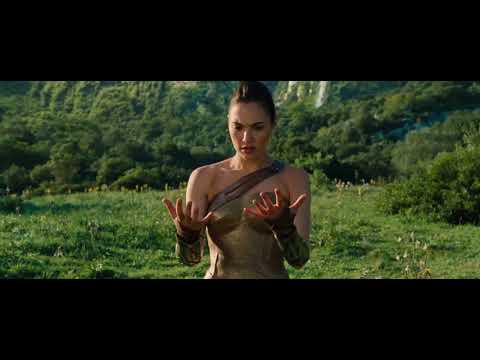 Video. While Marvel may have it all over DC in the broader modern cinematic universe (we're talking post-Nolan Batman here), Wonder Woman has proven to be an exception in more ways than one - including its music.

Video. Wonder Woman had a lot riding on it - and not just for die-hard Diana fans like myself. Luckily, the film was good. It was not perfect, however. </p><p>But as ScreenJunkies points out - that doesn't make it any less important.