The Battle Between Wireless Charging Standards Comes To A Merciful End 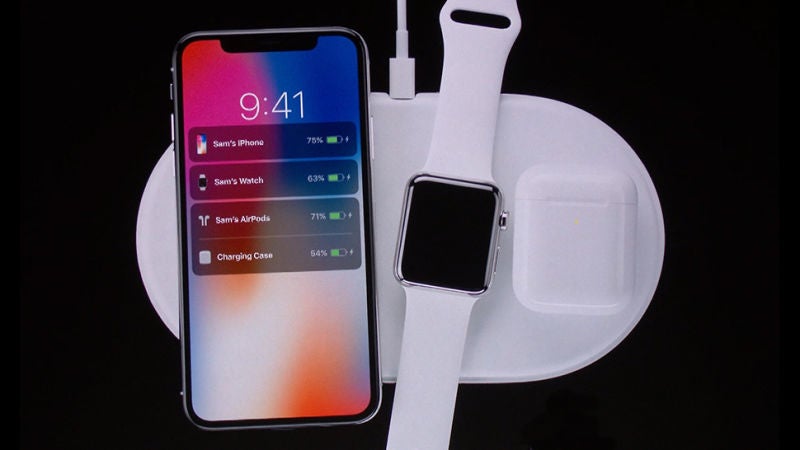 Wireless charging has been held back by poor tech for many years, but now we're seeing major manufacturers integrate it, and it's becoming a viable option. The biggest hurdle it currently faces is that there are two standard versions of the technology, making it difficult to offer chargers compatible with everyone's device. But in an announcement last week, one key player basically ended the debate over which standard is the future.

In a press release, wireless charger maker Powermat declared that it will join the Wireless Power Consortium (WPC), the group that backs the inductive tech of the Qi wireless ecosystem. Until now, Powermat has been the most prominent supplier of the other dominant standard, PMA resonant technology, which is supported by the Airfuel Alliance. A 2016 study by GM Insights found that Qi had claimed a little over half of the total market, with PMA sharing the rest of it with other players that don't have a chance. That was even before Apple threw its hat into the ring with the new generation of iPhones and its upcoming Qi-powered charging mat. For a while, it's seemed like Apple's decision to join the WPC was the beginning of the end for PMA, and Powermat raising the white flag is as good a sign as any that resonant wireless will be the Betamax to Qi's VHS.

Android phones still dominate the smartphone world, but according to USA Today, the iPhone was the single best-selling device of 2017, moving 223 million units. The Samsung Galaxy S8 and Note8 came in second place with a combined 33 million units sold. Both Apple and Samsung's devices use the Qi standard.

One of Powermat's biggest partners is Starbucks, which has installed wireless charging stations at many of its locations. In light of the news that the world's most popular phones would be Qi-enabled, Powermat announced back in September that it would push out a software update making its charging mats compatible with Qi in addition to PMA. The company switching its alliance to the WPC doesn't bode well for future backward compatibility.

So now the biggest tech companies are all part of the WPC, and Powermat will be laying out the public infrastructure at cafes and in GM automobiles. If your phone is stuck in the PMA ecosphere, you should be OK for a while, but manufacturers have a lot less incentive to go for anything but Qi in the future.