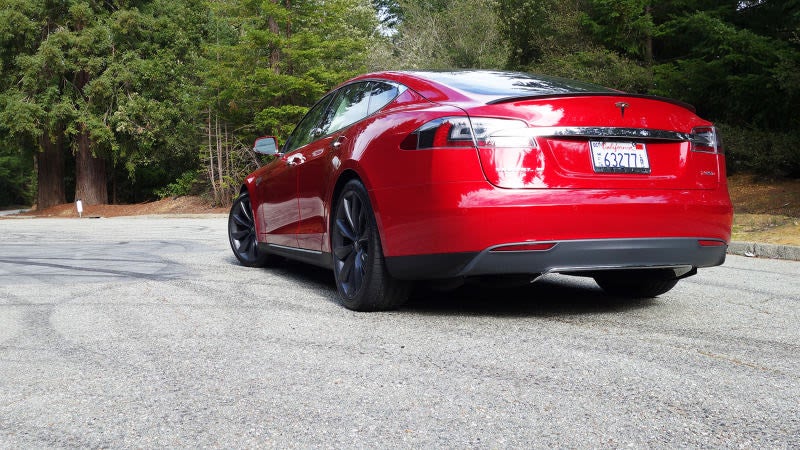 In December 2016, Tesla settled a lawsuit with over 100 Model S P85D owners in Norway, who had accused them of inflating power numbers in the car’s marketing. Tesla settled for about $10,000 for each owner, or they could get some car upgrades or other forms of relief. Now, nearly 80 more Norwegian customers say they also want in on the action.

Teslas are hugely popular in Norway, so much so that they even led to a short if hilarious exchange between US President Trump and the Norwegian Prime Minister Erna Solberg on Wednesday. From the White House transcript:

SOLBERG: So, Teslas are a big hit in Norway.

TRUMP: We do that too. Thank you very much.

It turns out that some of those owners who have bought in aren’t so happy with their purchases. The new lawsuit centres around similar claims in the old lawsuit, with plaintiffs complaining that their Model S P85Ds actually put out 469 horsepower, as opposed to the 700 horsepower they’d been promised in ads.

“It’s the same kind of case that ended up in a compromise the last time,” the plaintiffs’ lawyer Christoffer Falkeid told [Norwegian daily Dagens Naeringsliv (DN)].

“It’s about the power of the car and the mistakes in marketing and in the sales process but I do not want to go into amounts,” he added.

A civil complaint will be examined in April by an Oslo court if no deal is reached until then.

According to Norwegian media, another group of 38 motorists also filed a lawsuit against Tesla last fall.

In a statement, a Tesla spokesperson did not address the horsepower claims specifically but denied that the power numbers were ever inaccurate. Their full statement:

Testing done by Tesla and independent third parties has demonstrated that the Model S P85D’s acceleration and motor power numbers have always been accurate, even understated. With respect to acceleration, Tesla described the P85D as having a 0-100 kph time of 3.3 seconds, and Motor Trend and others actually achieved a time of 3.1 seconds. Similarly, the motor power numbers used by Tesla were legally required and confirmed as accurate by European regulatory authorities.

There are 1,201 Model S P85Ds in the country in total, according to AFP, meaning that, taken together, the lawsuits cover around 15 to 20 per cent of every Model S P85D in Norway.