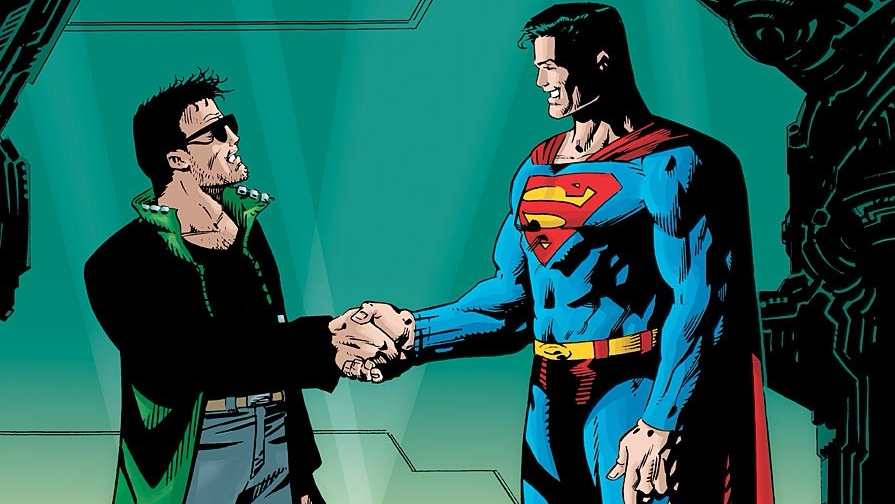 Hitman is one of the greatest cult classic comic book series ever written. A stunning 61-issue run by Garth Ennis and John McCrea firmly placed the character, a superpowered hitman named Tommy Monaghan, in the hearts of his fans. Now, he might be coming to TV.

Might is an important word, here, as nothing is confirmed yet. But it’s at least a consideration, according to Geoff Johns, who spoke to the matter at a panel at the DC in DC event over the weekend. “We are talking about Hitman,” he confirmed, according to a report by Comic Book Resources, indicating the potential for the character to appear on TV, either on his own show or someone else’s.

Created in 1993, Tommy Monaghan, the Hitman himself, is a superpowered contract killer operating in the Cauldron, an Irish district of Gotham City. His series, as helmed by Ennis, offers a dark and strange take on the DC universe, establishing its own haunted sandbox while still being firmly planted in DC continuity.

Hitman is certainly darker and stranger than most of DC’s current TV offerings, and it would be especially intriguing to see him worked into the extant DC universe that’s blossomed on the CW. Let’s hope this is more than just an empty tease, huh?