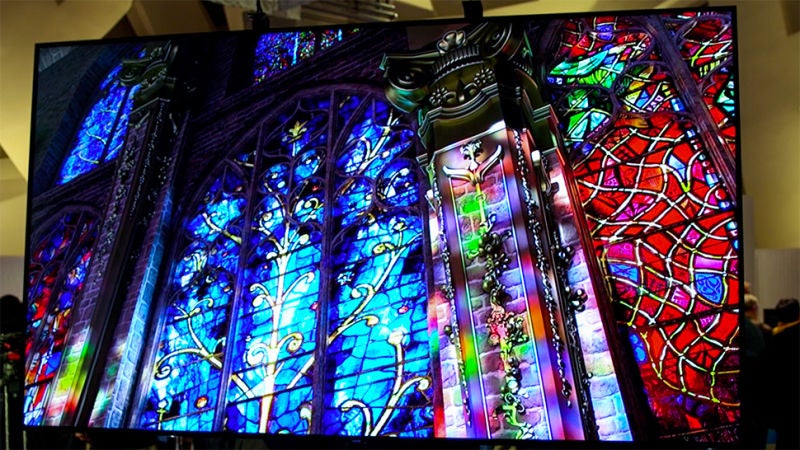 Samsung may not come out and admit its 2017 QLED televisions were pretty terrible, but when we actually reviewed one last year, we came away far less impressed than we should have considering the price of the TV. The television kind of sucked! Samsung actually seems to recognise its dropped the ball, because this year it gave a select group of journalists a demo of a new and improved display. It wants you to know its changed, and if that demo is anything to go by, Samsung has.

So what was the big problem with last year’s TV? It wasn’t the audio quality – which is exceptional, or the cool fish line width cord that connected all your inputs to the TV. The problem was Samsung changed the way it lit the display from the 2016 model. It moved from having lights directly behind the display to using lights only in the edges of the display. This means less precision when you have a big bright spot on an otherwise dark screen. There would be halo around bright points, and the dark bits were much brighter than on comparable TVs. The worst aspect of the change was that it made for atrocious black levels – black levels referring the the absolute blackest black a TV is capable of. A good black level is so dark the point being measured does not seem to emit light at all. A bad black level, as found in the 2017 Samsung QLED sets, still casts a glow.

Meanwhile, LG’s OLEDs, which are capable of the best black levels on the market, cost way less than comparable Samsung TVs. In other words, Samsung’s QLEDs were a tremendously bad buy. 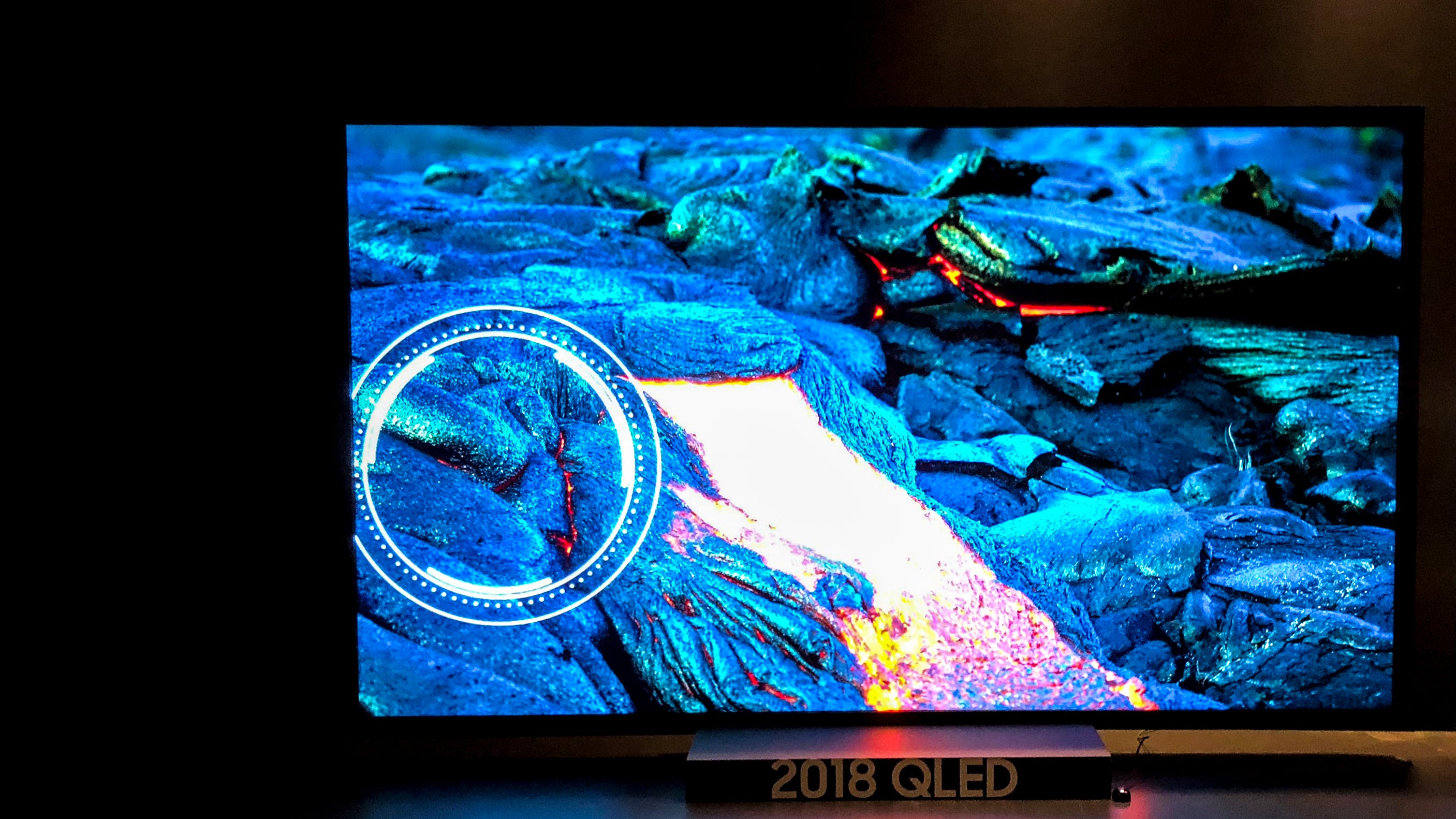 This year Samsung stuck with the edge-lit displays, but claims to have put a lot of time and effort into making black levels blacker, and solving the atrocious blooming problem. The blooming issue is allegedly solved by employing an “anti-blooming” algorithm. Just by itself that would help improve the black levels, but Samsung has also applied a coating to the set that grossly minimizes reflection, both from internal light sources and external ones. Which means the TV shouldn’t double as a mirror like the 2017 model, and which means light shouldn’t bounce around inside and ruin the blacks.

Samsung’s claim is bold, but in a closed door demo, which featured last year’s set, this year’s set and two competitors (one of which was an OLED) the proof seemed to be there! The blooming was virtually non-existent and the black levels were only a few steps above the black levels in the OLED. Even the colours were rich and vibrant, thanks to 16-bit colour mapping and support for HDR10+.

This set, which was so new it wasn’t even in its final chassis and was partially hand wired, delivered a picture that might actually be worthy of the price tag Samsung’s televisions demand. But it’s important to remember this was a demo. Samsung claims the picture quality would only improve from that demo to CES to the television’s launch later this year.

Besides attempting to fix the big problems with last year’s TV, the 2018 Samsung TVs are also getting a lot smarter. You can control Samsung smart home devices or anything connected to a SmartThings hub directly from the TV. Hit play on a movie and the lights can shift, or if you’re laundry is complete a reminder will pop up in the corner of the TV telling you to change loads. And the remote control now has a microphone inside, because these TVs have Bixby, Samsung’s answer to Siri and Google Assistant, built in.

Bixby’s been something of a laughing stock compared to other, more full featured, digital assistants, but in our experience at Gizmodo it’s not completely terrible, and can, in fact, sound more natural that its competitors. So it could be a nice addition for people who like to figure out what to watch by having a conversation with their remote, and, at the very least, it should be an improvement over voice searching with a Roku.

How good these sets are, and whether or not they’re surpass the quality of LG’s fantastic sets, remains to be seen. The TVs, while announced today, will go on sale later this year.