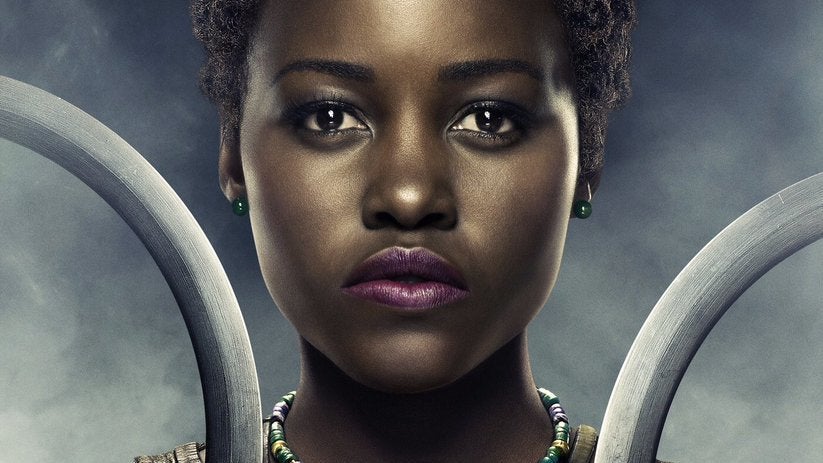 After winning an Oscar for 12 Years a Slave, actress Lupita Nyong’o had her pick of the litter when it came to acting roles. She could afford to take her time, looking over different parts before agreeing to the one she thought would be best for her career. But when director Ryan Coogler came to her and asked if she wanted to star in his adaptation of Black Panther, she was so eager to join the project that she didn’t even pause to read the script first.

“Marvel called and said that Ryan was interested in me for a role in Panther, and I talked to him about it, and obviously everything was hush-hush, but he walked me through his initial ideas, and I thought, ‘Wait a minute? This is a Marvel movie?'”

In an interview with The Hollywood Reporter, Nyong’o shared that she agreed to play warrior Nakia without having read the script, first opening its pages after shooting began. She said it was because she was thrilled about the story Coogler was telling, about an African country that had “managed to keep its autonomy and be self-determining” because it was shielded from colonisation. Nyong’o, whose father is a prominent opposition leader in Kenyan politics, said the film’s implicit political themes also drew her to the franchise.

“We were creating an aspirational world where an African people are in charge of their own destiny,” she said. “And that really appealed to me and had the little girl inside me jumping for joy. To just have African people, black people, at the center of that narrative is so exciting.”

Of course, just because she didn’t read the script first doesn’t mean she wasn’t committed. Coogler commented about her dedication to the project, saying she did “a lot of homework” on Black Panther in order to understand her role and the country of Wakanda. She spent months doing rigorous physical training for the complex stunt work, focusing on jujitsu and capoeira, and even injured herself during shooting. Nyong’o also said she had to learn to speak with the accent actor Chadwick Boseman took on for the role, which meant utilising clicking sounds. “There’s three different clicks, like three different letters,” she said.

Black Panther comes out February 15 and we can’t wait to see Nyong’o in action.