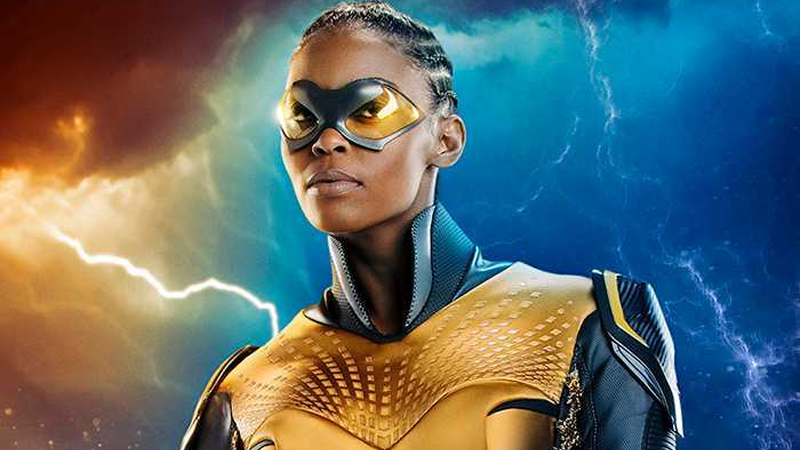 We’ve known for a while that Black Lightning would keep Jefferson Pierce’s superpowered family from the comics, but just weeks before the show hits the air, we’ve got our first look at one of his daughters already suited up to follow in his footsteps: Anissa Pierce, aka DC hero Thunder.

In the comics, Anissa (played by Nafessa Williams on the show) doesn’t inherit as much of the electricity-based powers of her father – that goes to her younger sister, Jennifer (played by China Anne McClain), who eventually takes on the mantle of Lightning. Instead, Anissa gains the ability to manipulate her own density, letting her become invulnerable or generate shockwaves with a stomp of her feet. So of course, she needs her own supersuit to match her newfound powers: 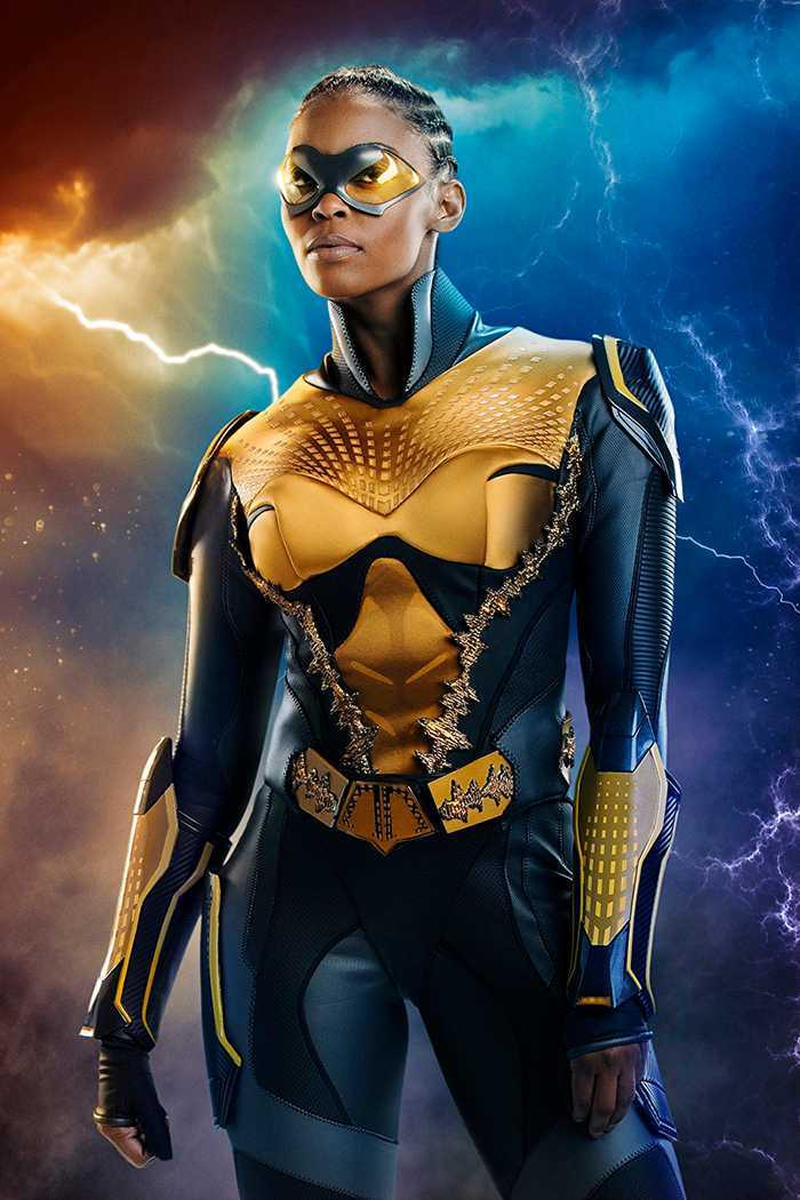 Although not a 100 per cent adaptation of Anissa’s suit from the comics, there are a few design hallmarks that carry over, like the T-design on her belt and the use of yellow over the suit (which is now dark blue, instead of black). The sparkly lightning pieces on the chest and belt look a little out of place compared to the rest of the suit, but it otherwise stands up with Black Lightning’s own design as something a little more armoured and textured than the CW’s usual trend of all-faux-leather looks for its heroes.

If Anissa’s already got her own suit, how long until Jennifer gets her own too? This new featurette the CW released doesn’t give us any clues, but it does give us a great look at her character’s personality, especially as to how she relates to her older sister:

We’ll have to wait and see what’s in store for both Thunder and the future Lightning – Black Lightning begins January 16.