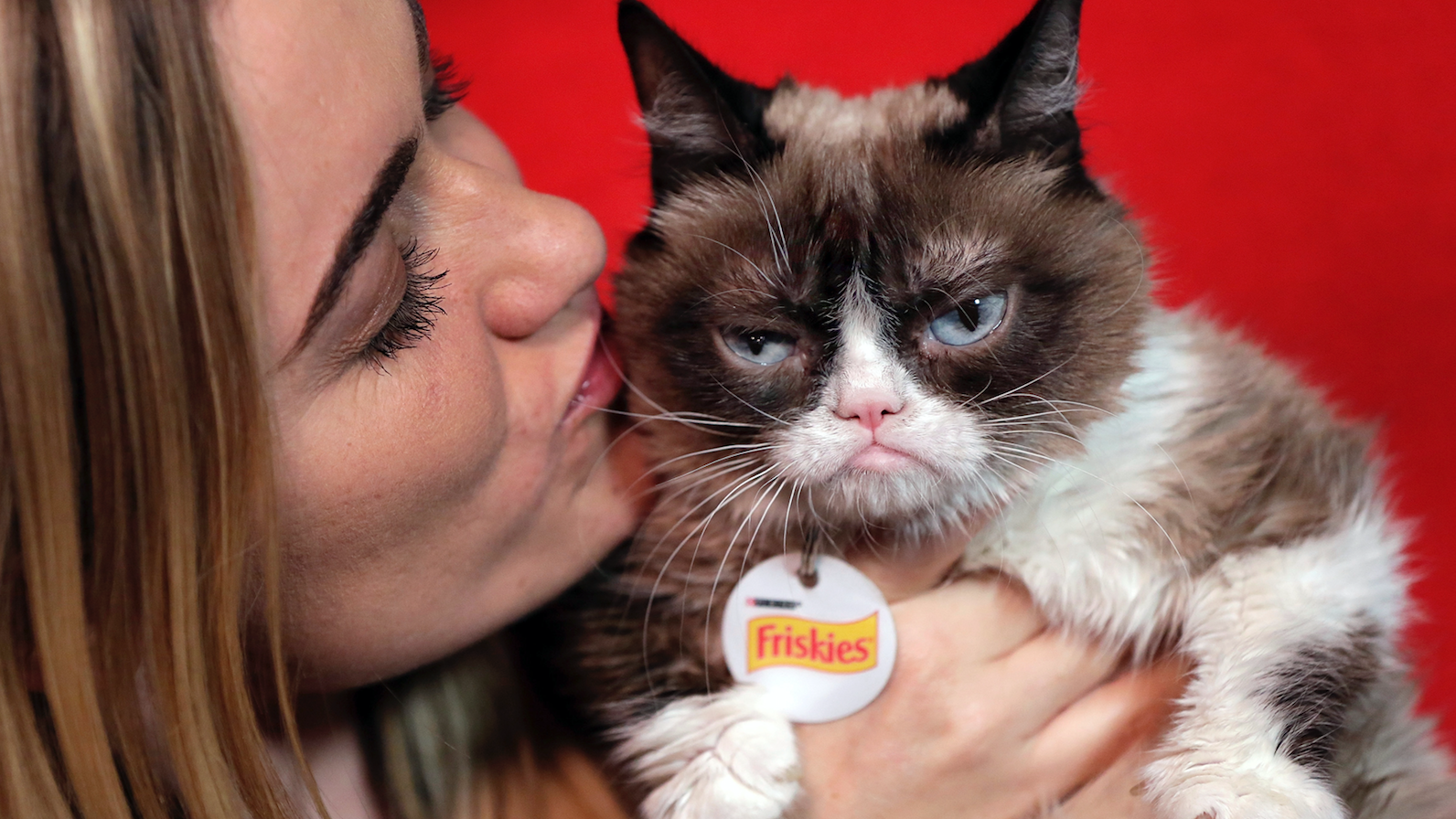 There is no greater force than The Brand – and those who disrespect it suffer the consequences. This law was recently demonstrated by the owners of Grumpy Cat (née Tardar Sauce), the viral internet superstar with a permanent Clint Eastwood-like scowl, who scored a massive $US710,001 ($881,669) payout from a copyright infringement lawsuit.

Grenade countersued Grumpy Cat Limited for $US12 million ($14.8 million), arguing the brand hadn’t done enough to promote the coffee products. But the copyright gods, apparently big fans of Tardar Sauce’s cinematic achievements, sided with the nonplussed puss. After a week-long trial, a California jury awarded Grumpy Cat’s owners $US710,000 ($881,668) for infringement and $US1 ($1.23) for breach of contract.

While reproducing images is the point of memes, putting them on products to make money is classic trademark infringement. This is unlikely to change the cat’s countenance, however, as grim frustration is the essence of her appeal.