From The Looks Of It, Jessica Jones Is In For A Wild Second Season 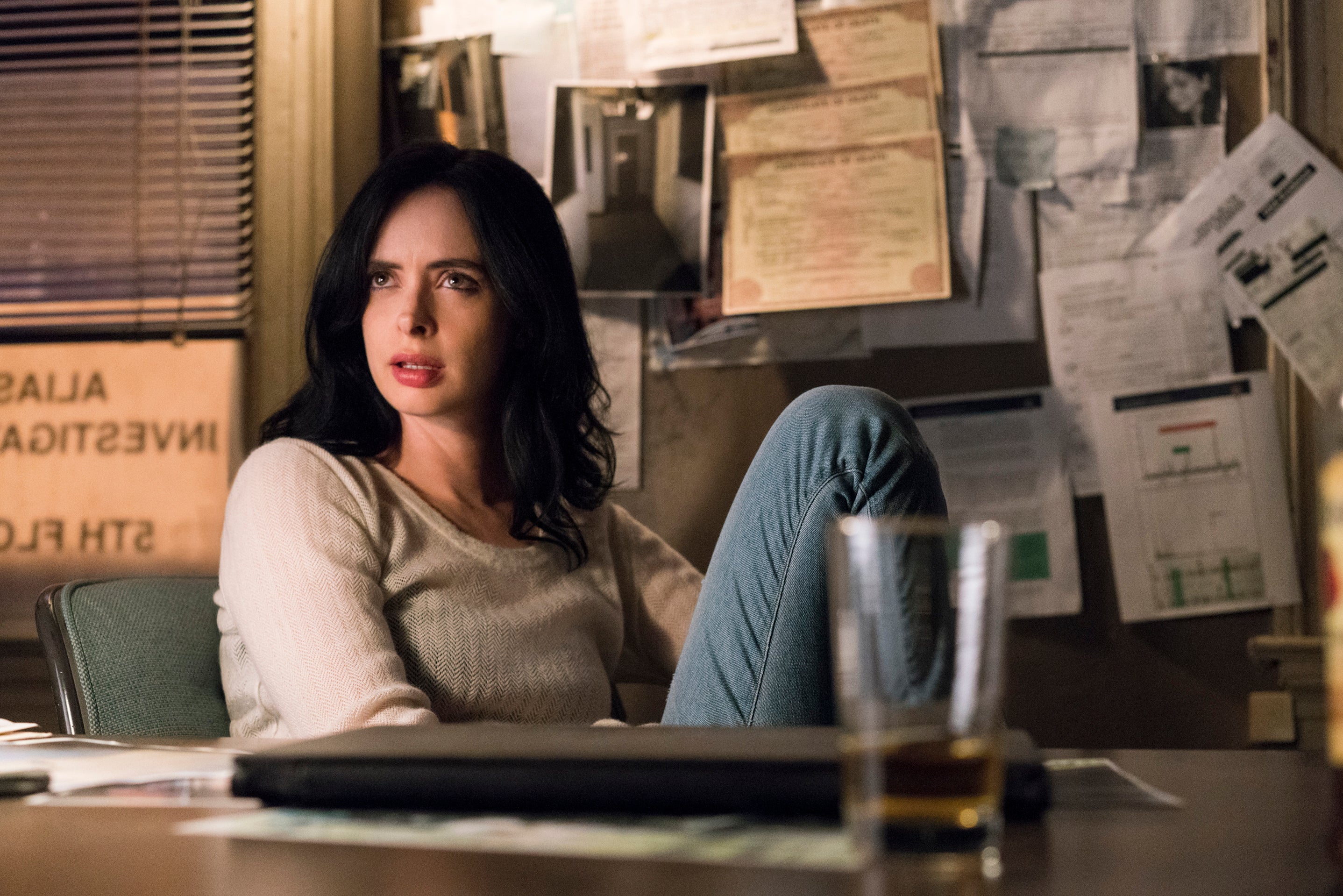 Some new images from Netflix’s second season of the highly-acclaimed Marvel show have given us some interesting things to ponder.

When you really think about it, it makes perfect sense. Of course Jessica Jones would eventually end up in gaol. How could she not?

Yes, everyone’s favourite alcoholic private investigator is back, folks and – wait for it – she’s managed to get herself into all kinds of trouble with the law. This is especially whack considering that she and a bunch of random dudes just saved New York City from… something that was not well explained.

Though details on Jessica Jones‘ next season are still scant, the newest batch of stills from the series do give some hints about just what Jessica will be up to. You’d be surprised at the amount of information you can gather about the entire season of a television show just by looking at a handful of images. It’s the sort of knowledge Jessica Jones would be most inclined to pick up on if she were presented with this new batch of photos… 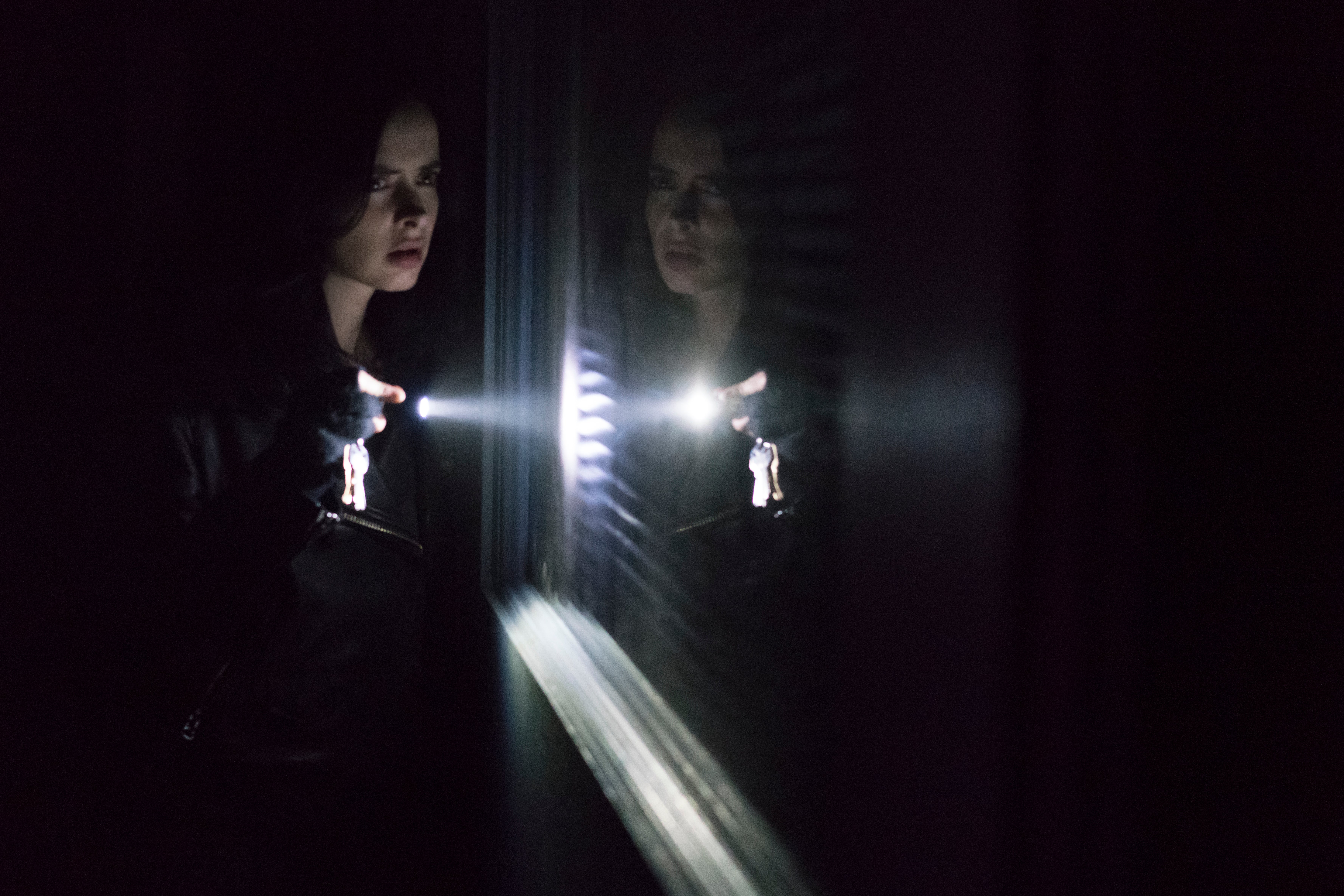 What you’re seeing here is Jessica investigating something. As a private investigator, this is the sort of thing she is wont to do. That being said, you can read the composition of the shot as something of a reflection (hey, now) on Jessica’s mental state when the second season picks up. Even though we know David Tennant’s Purple Man will be back to haunt Jess, it’s unclear whether or nor her turmoil will be purely psychological or if her arch-foe might somehow return from the grave.

There Will Be Booze

Jessica needs booze the way sharks need perpetual motion through water. The printed-out photograph of a hallway suggests that Jessica Jones will find its hero duking it out with a squad of baddies in an enclosed space. The nearly empty double shot glass suggests that Jessica… will drink to her victory. 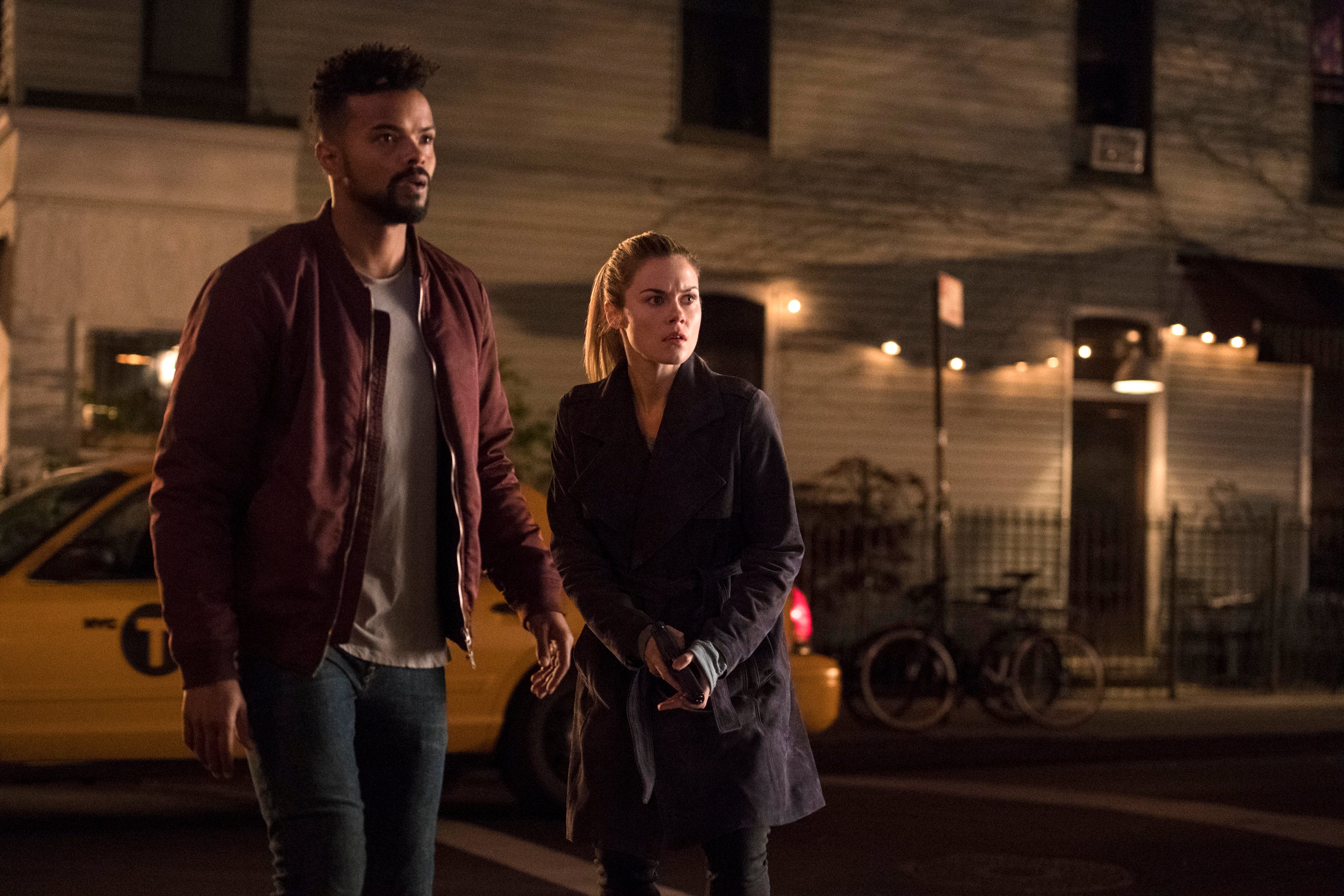 Trish is the new Punisher

As much as The Punisher likes to pretend that it isn’t part of Netflix’s corner of the Marvel Cinematic Universe, it is, and it’s clearly rubbed off on one Trish Walker, who’s seen here gallivanting about with a gun. It’s unlikely that MCU Trish will ever get around to becoming a hero quite like her comics counterpart Hellcat, but she seems to be sticking to the path toward heroism seen in the first season. Also, Malcolm’s back with what appears to be the self-determination of a character who won’t be sidelined halfway through the season. Good signs all around. You could look at this photo and think to yourself, “Goodness, Hogarth really doesn’t want to respond to whatever email she’s looking at,” or you could read into the moody, green-hued background and ponder what a Netflix She-Hulk series starring Carrie-Ann Moss might be like. 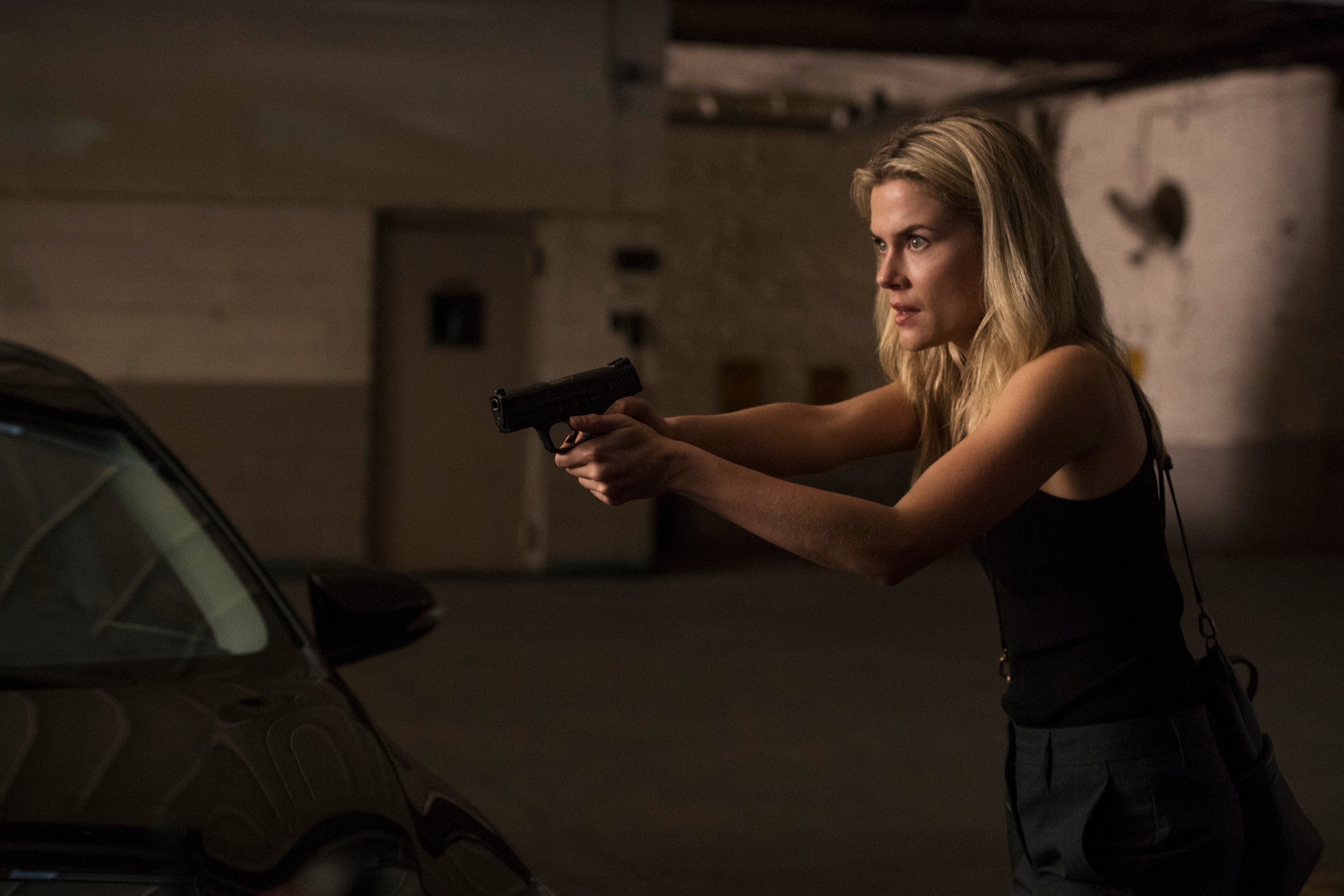 Of all the new Jessica Jones images, the photo of Trish using her gun (again!) is the most promising, if only for the fact that it’s an indicator of the next season’s action. We’ve seen Trish coming into her own as a fighter, and it appears as if whatever Jessica ends up getting herself into is actually going to require Trish to step up to the plate and kick more arse than we’ve seen in the past.

Jessica Jones‘ stakes may be somewhat more grounded compared to The Defenders when it returns on March 8.