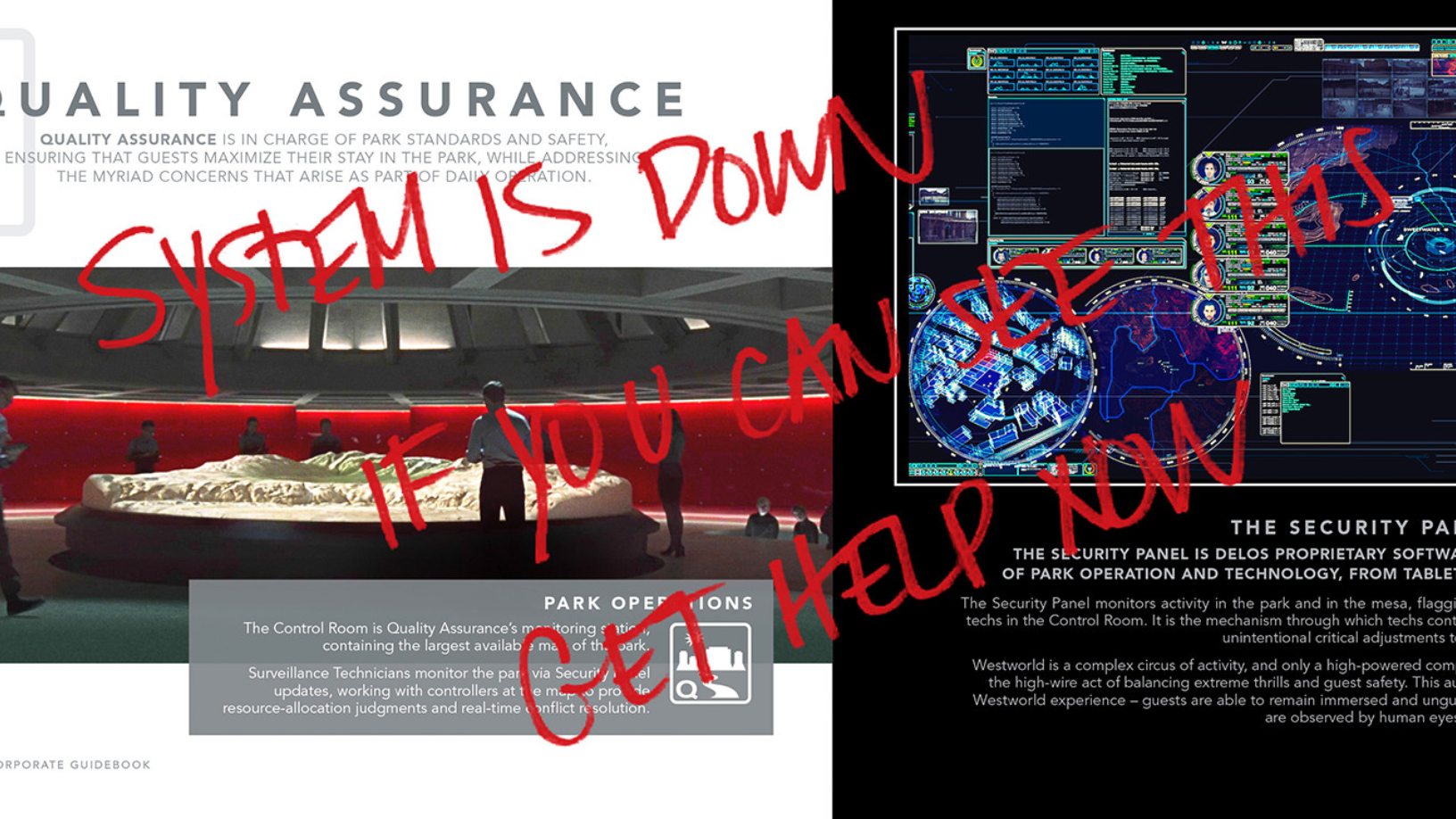 Westworld is still a few agonising months away, but HBO hasn’t stopped amping up anticipation for season two. The latest addition is a smuggled-out Delos Guidebook… covered in blood and not-so-cryptic warnings. Plus, it includes the hint of a Westworld mobile game on the horizon.

Delos Incorporated, one of the guerrilla marketing websites for Westworld, recently added a new employee guidebook that was reportedly stolen from the park and smuggled out in an attempt to get help. The handbook itself mostly features information that’s already been shared, such as park operations and the storyline template, but it’s covered in bloody handprints, scorch marks, and desperate pleas for rescue. Whoever has smuggled out the handbook looks to be located in Manufacturing, where hosts are created. This could be a hint at a character for season two, since we didn’t really spend time with any host creators besides Robert Ford. 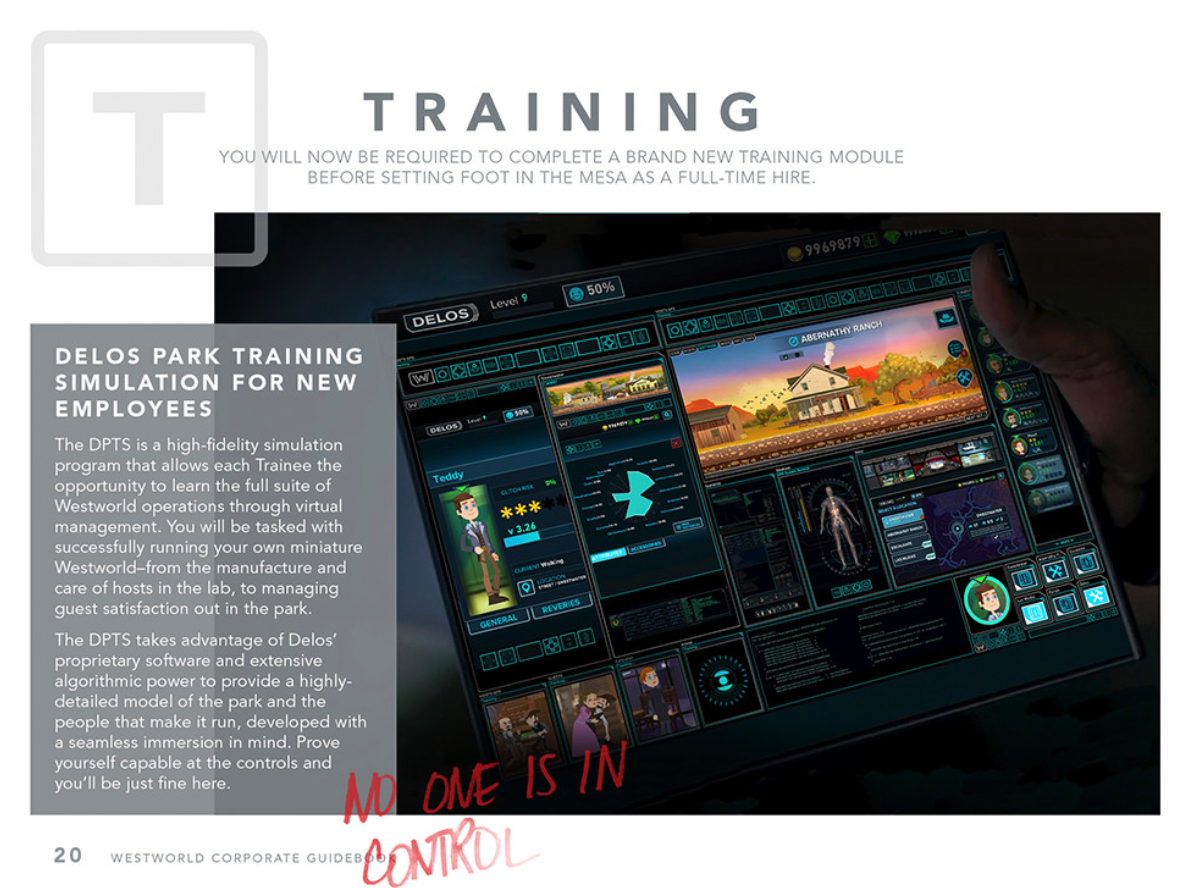 However, the most intriguing addition to the guidebook is a section called Training, which talks about a required brand-new training module for employees. The image presented matches a reported unreleased Westworld mobile game which was shared on Reddit earlier this week.

According to the Redditor who claims to have played it, the Westworld game was similar to Fallout Shelter, a base management game where players build and control their own Westworld and hosts. Nothing has been officially announced yet, and unfortunately, the beta test link has been removed from Google Play.