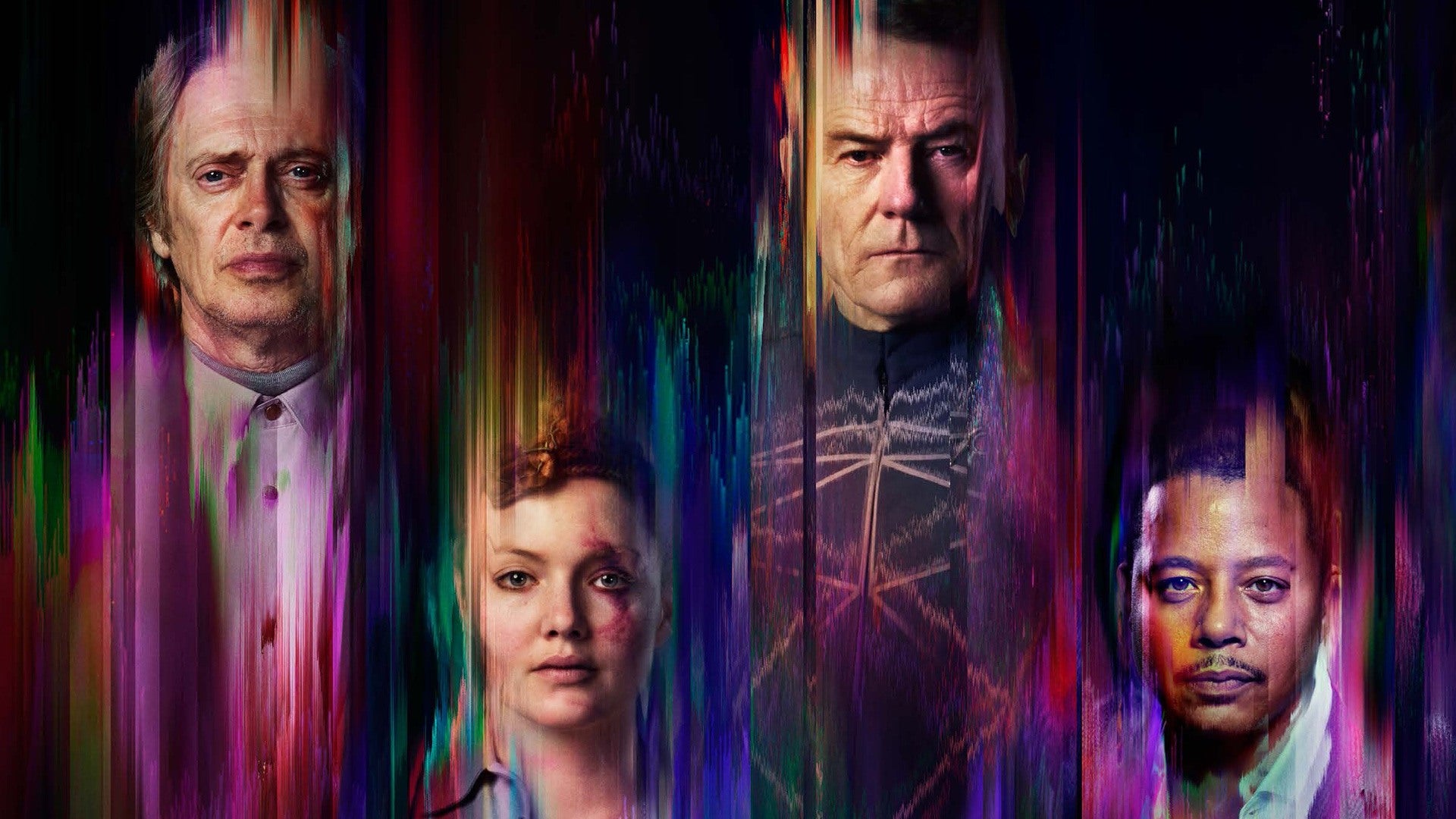 Stan is currently streaming Philip K. Dick’s Electric Dreams, a new TV anthology series based on short stories by the iconic science fiction writer. Directed and performed by a slew of different talents, the 10 episodes range all over the map in terms of subject matter, tone and quality. Lucky for you, we’ve watched them all and can tell you which ones are worth your time. 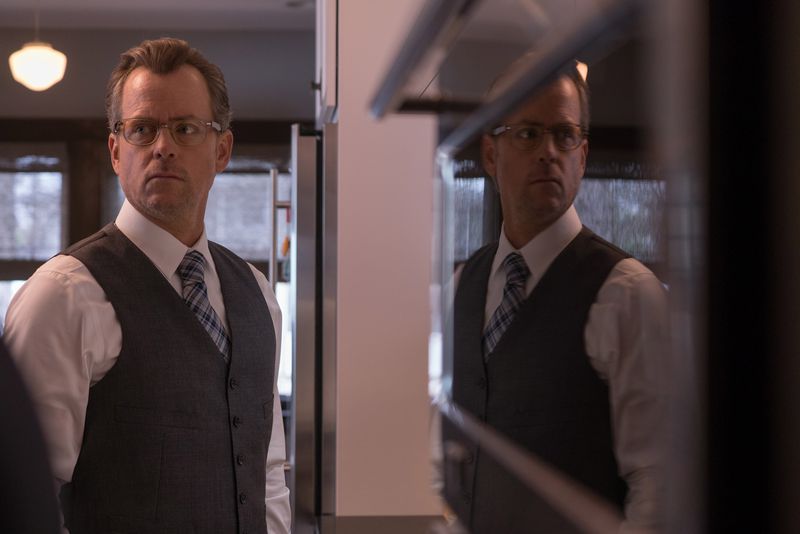 This episode, written and directed by Michael Diner and starring Greg Kinnear as an estranged husband who’s still trying to be there for his son, is nothing more than a clichéd exercise in slow-burn, body-snatcher horror. Kinnear has some fun with the hiding-in-plain-sight aspect of the premise, but there’s no real surprise or spark to the proceedings. Plot beats and characterisations play out exactly how you think they will, right down to the older jerk kid and sympathetic younger kids riding bikes through a small town, and the inevitable confrontation with an alien threat in a creepy forest. 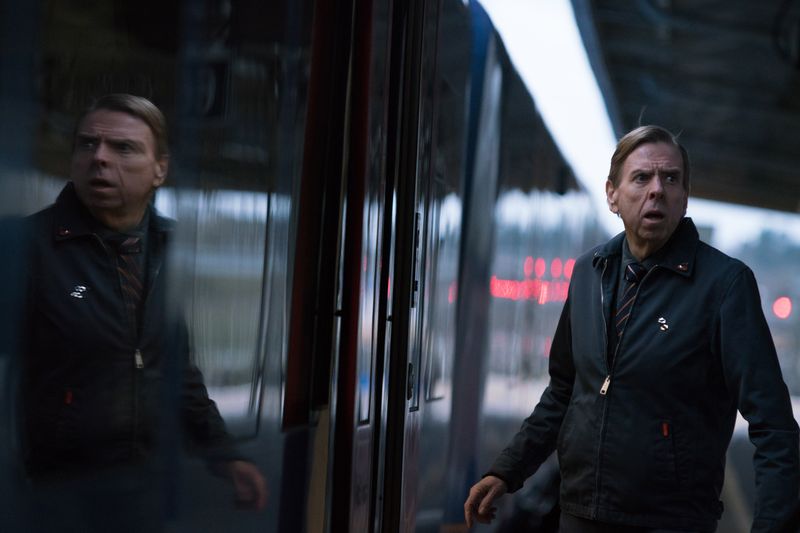 Directed by Tom Harper, this exploration of a man stuck in a routine of humdrum work days and depressing family burdens hinges on the solid, anchoring performance by Timothy Spall in the lead role of Ed Jacobsen. Ed follows a mysterious woman who comes through the train station where he works every day and eventually comes upon Macon Heights, a Stepford-esque perfect suburb where people go to forget their pains. “The Commuter” has a few spots of standout acting and a very effective scare-reveal sequence, but ultimately feels too diffuse when compared with other episodes. 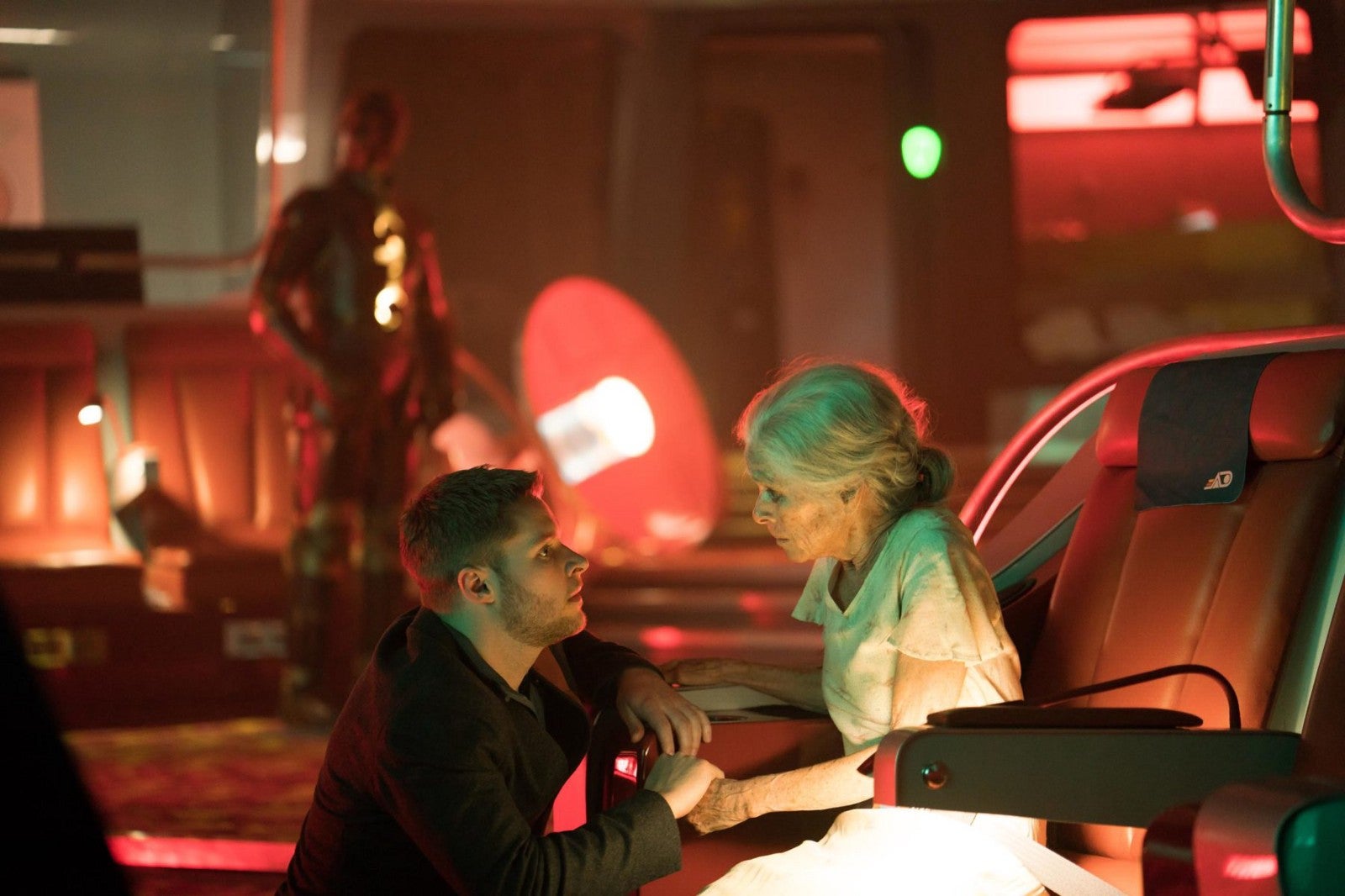 More sombre than any other episode, director David Farr’s tale revolves around a woman who wants to journey to Earth in a future when humankind has left its native galaxy behind. When an unscrupulous manager at a intergalactic sightseeing company takes her hefty payment but lies about the true nature of the planet they’re going to, the journey takes the humans and the client’s robot companions into poignant and uncomfortable places. For a while, this episode finds drama beyond the “who knows what’s really happening” element at its core. However, the resolution of that thread gets pushed aside for a wannabe emotional ending that feels largely unearned. 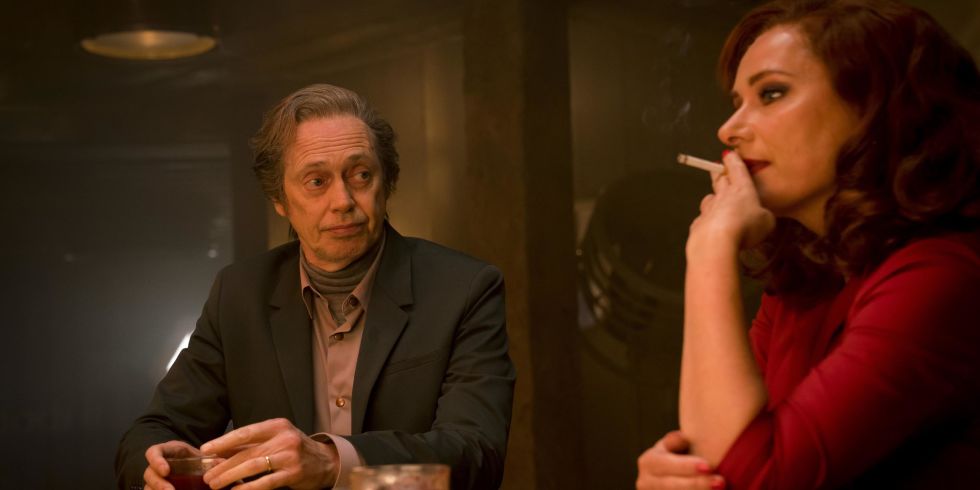 In this episode based on Dick’s story “Sales Pitch”, Steve Buscemi plays the lead role of Ed Morris, a scientist at who works at a company that makes hybrid human/animal lifeforms. When an alluring quantum consciousness in a female body – part of the engineered class who don’t get equal rights – tempts Ed with dreams of adventure and escape, he finds himself caught up in a spiral of shame and crime set in a world plagued by coastal flooding, food that expires super quickly, and frequent sudden earthquakes. The bizarre, egg-carton-influenced set designs and Buscemi’s trademark twitchiness shine brightest in the Marc Munden-directed episode, which is just OK as a wonky, disaffected neo-noir – but does a good job of churning up a sense of dread about impending total ecological collapse. 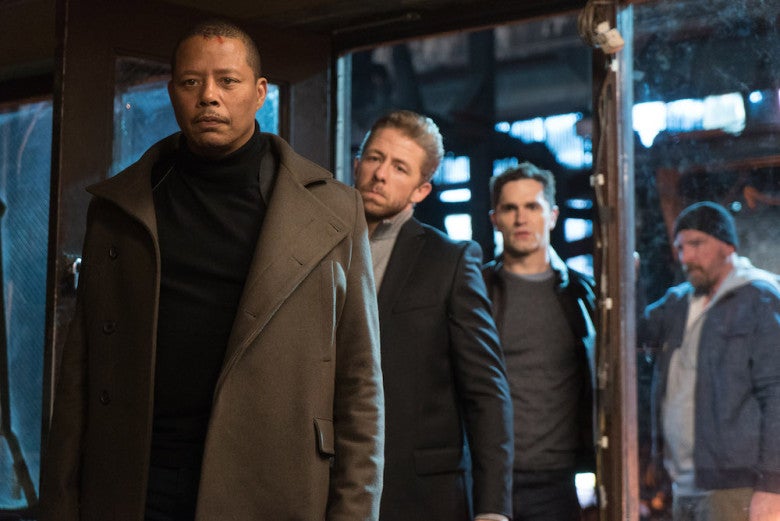 If you’re hankering to see Electric Dreams deliver something Blade Runner-esque, then this Anna Paquin/Terrence Howard mindscrew might be the best place to sate your hunger. Paquin plays a cop struggling with PTSD who uses virtual reality to try and find relief from her grief. But after she wakes up as Terrence Howard, the gestalt persona’s sense of identity and reality deteriorates and they can’t tell which life is the real one that they need to go back to. The cautionary subtext about VR abuse has a tinge of after school special affect to it, but the effective melodrama in the lead performances swings “Real Life” into better-than-expected territory. 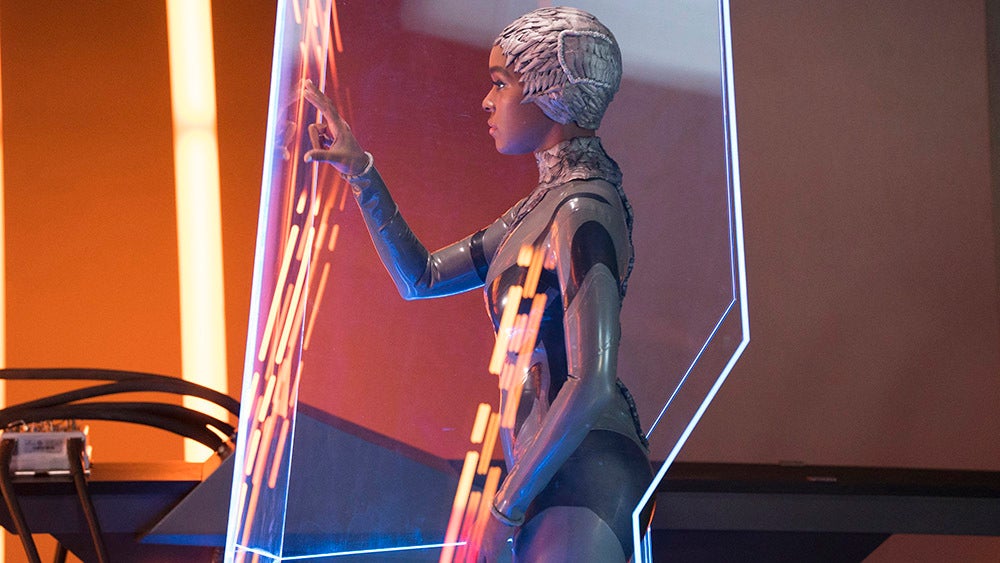 Nuclear conflict has burned the world in “Autofac”, helmed by director Peter Horton. The survivors we meet have cobbled together a grimy subsistence in the aftermath of bombs dropping, but they still keep getting deliveries by the ton of things they don’t need. The Autofac has kept making and delivering things for “slaughtered consumers”, littering the landscape with debris and choking the air with fumes. When the humans left behind intercept and hack a drone’s CPU to force a customer service visit, android Alice – played with icy-cool delight by Janelle Monae – shows up to deal with their problems. Dystopian as it is, the implacable sense of machine dominance makes “Autofac” hit close to home, especially because it happens in forms that we already see everyday. Autofac central is like the Amazon fulfilment centre from Hell, and this episode makes it seem as though humanity is going to get the apocalypse via free two-day delivery. 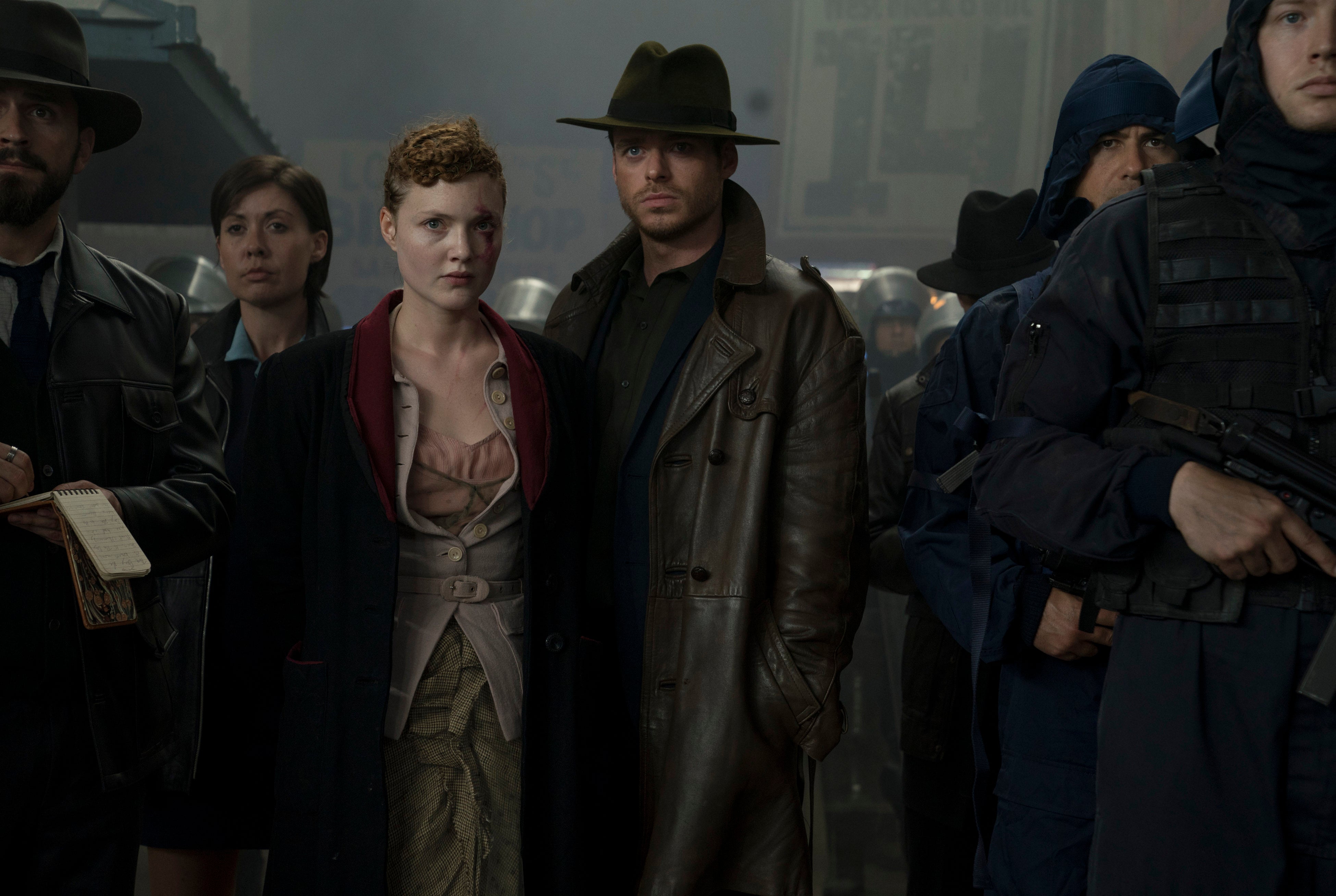 Sharing the same name as a Dick short story, this instalment directed by Julian Jarrold happens in a grimy neo-1970s alt-reality, reverberating with echoes of IRA terrorist tension. “The Hood Maker” revolves around the civil unrest caused by the oppression of telepathic people called “teeps”. After helping read protesters’ minds, a woman named Honor struggles with conflicted feelings after becoming the first teep to work for law enforcement. We see internal and external resistance to her new job, as well as the viral, STD-like spread of psychic trauma after a politician abuses a psychic sex worker in a ghetto hostel. “The Hood Maker” offers a compelling take on telepathy as a living networked database of experiential information and shows how a society’s commitment to prejudice can often be the start of its downfall. 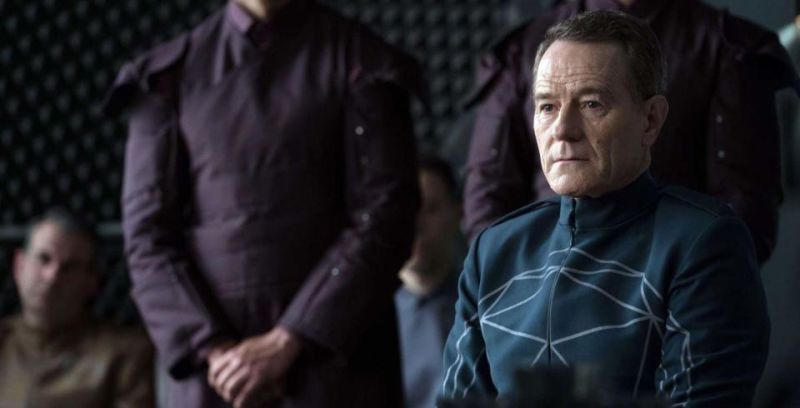 In the year 2520, Earth is known as Terra and humans launch military excursions to other galaxies to get the resources necessary to sustain breathable atmosphere. In this chapter directed by Francesca Gregorini, Bryan Cranston plays a hard-arse general leading those skirmishes to pillage a vital xenomaterial. His character, Silas, is half of a power couple gone sour, and his neglected wife spends time in deep-underground sex clubs just to feel something. When Silas goes away on one particular mission, things go wrong but he makes it home. His attitude changes for the better, and the marriage rekindles the warmth of old, but a military trial that alleges Silas isn’t who he claims threatens to destroy everything. Cranston’s performance is one of the best acting turns in all of Electric Dreams‘ first season, combining steely simmering menace and wounded empathetic vulnerability. 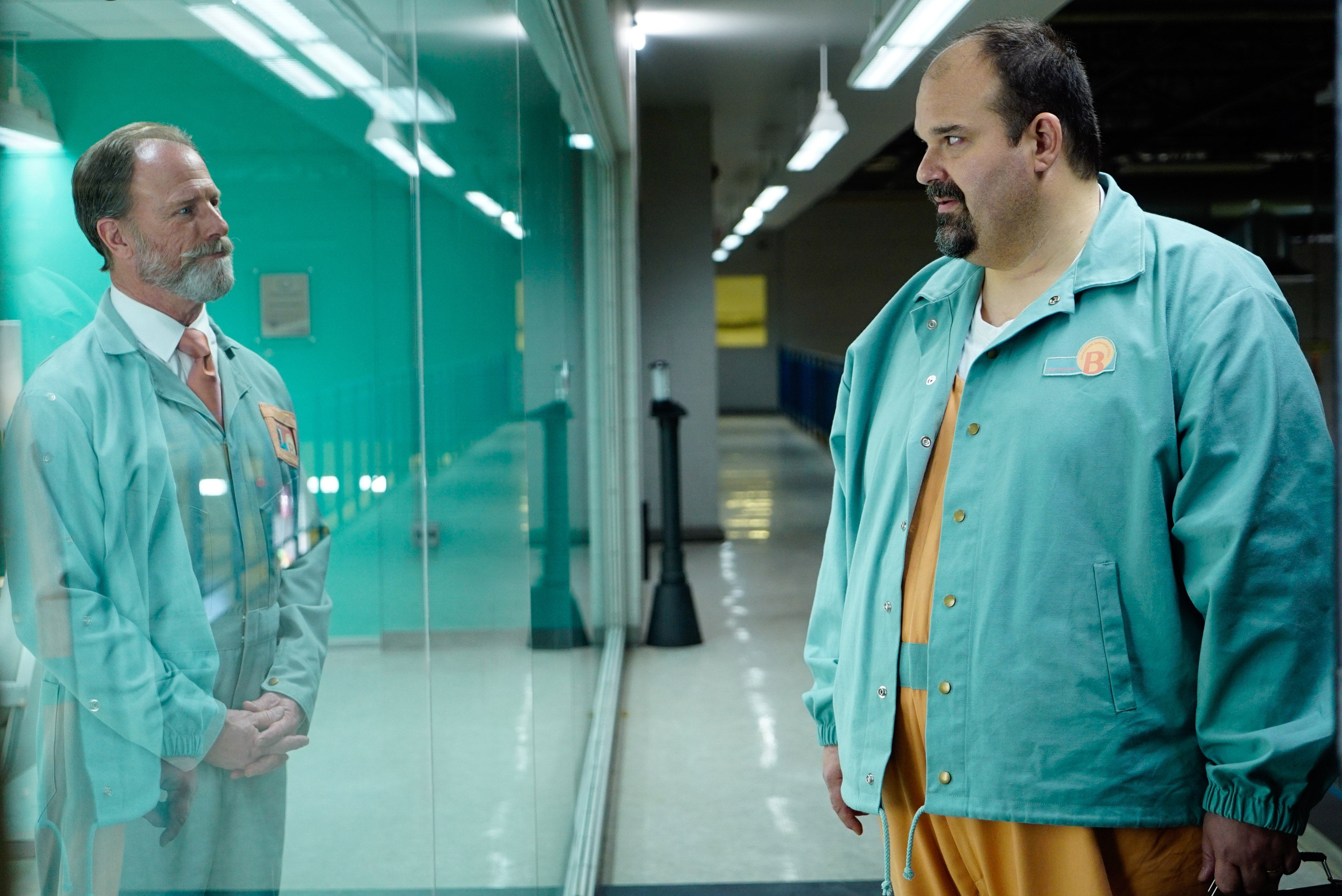 This adaptation of “The Hanging Stranger” is directed by Dee Rees and contains the most paranoia of any episode in Electric Dreams‘ inaugural season. “Kill All Others” starts off by showing the everyday life of Philbert and Maggie Noyce, a middle-aged couple whose every moment is hyper-saturated with invasive advertising and hovering interfaces. Philbert is numbly happy being a worker drone in the future North American mega-nation MexUsCan. That all changes when Philbert hears a murder-inciting message during the one-candidate-only election season and becomes obsessed with exposing its existence. His abrupt slide into existential panic, rapid disenfranchisement and enemy-of-the-state status happens with terrifying speed, thanks to a populace that doesn’t interrogate society’s hyper-fast cycles of media manipulation. It all ends with him being branded an Other. “Kill All Others” paints a frightening future where a surveillance-state influenced Internet of Things and Pavlovian consumerism constrict citizens in a Skinner box that they shrug their shoulders at, as long as they get what they need to belong. 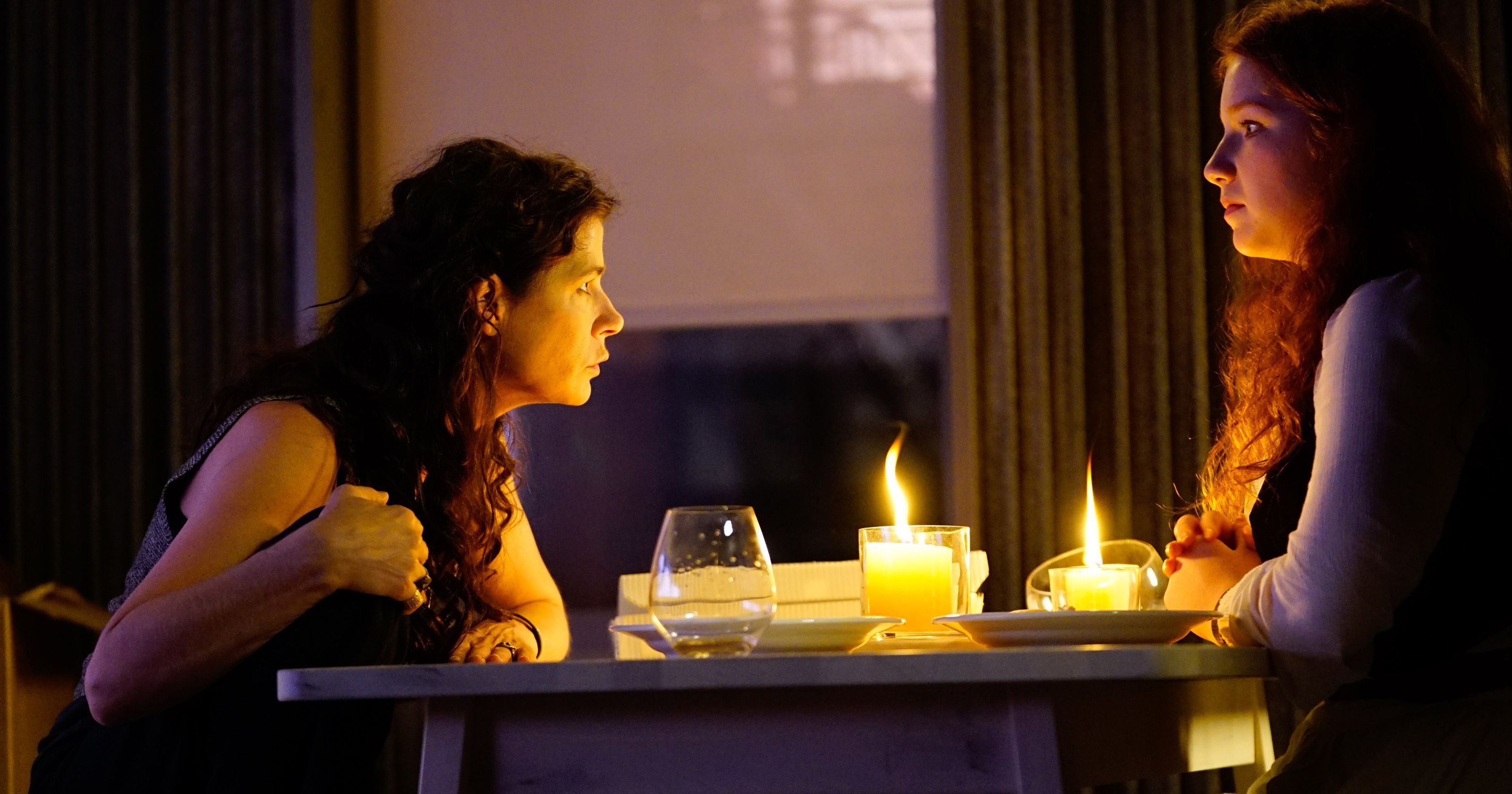 Based on the short story “Foster, You’re Dead”, this episode imagines what’s probably a nightmare scenario for most parents. In a bifurcated United States separated by the Rift, hippy-ish politician Irene Lee (Maura Tierney) comes to the ultra-connected technopolis in the East with daughter Foster. After having to walk through ominous security checkpoints to enter the school building, Foster’s immediately tempted to get a Dex, a wearable, smartphone-on-steroids gadget that most of the other kids have. Director Alan Taylor unfurls a tale where children are victims/actors in an unending propaganda war, which envelops Foster after a seemingly innocuous encounter with tech support. Fears of all-too-common school shootings and manic suspicion lurk everywhere and, with teen anxieties and crypto-corporate state security messaging in her ears, Foster tumbles deep into a rabbit hole of propaganda-driven mania. “Safe and Sound” has the most messed-up ending of any Electric Dreams episode, especially because it feels like something that, if all our worst nightmares come true, could happen the day after tomorrow.