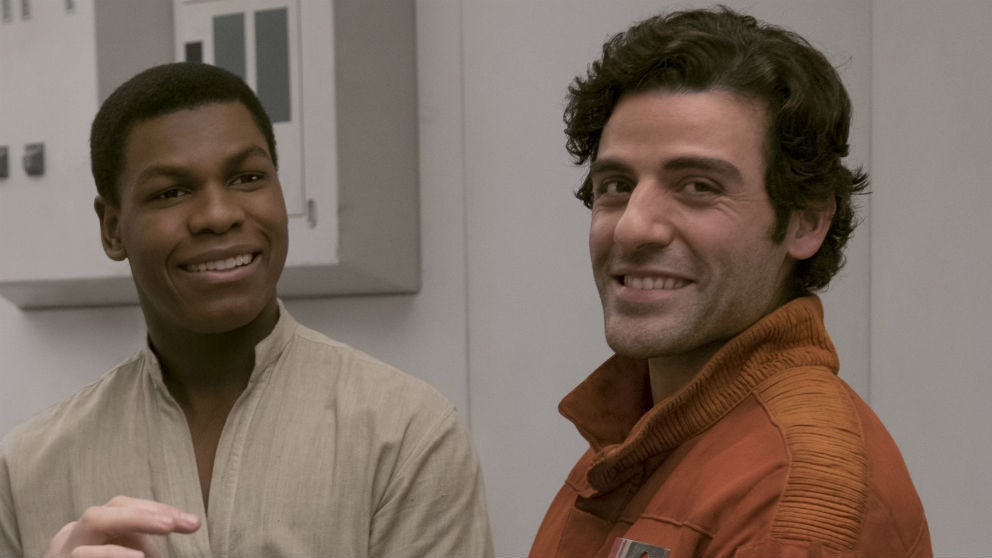 After Rey’s parentage and Snoke’s identity, the third most talked-about mystery of The Force Awakens is probably Poe Dameron’s sexuality. And Oscar Isaac loves it.

In a new interview with Collider, the actor said he loves that so many people see so many different things in his character, but that The Last Jedi won’t answer any of their questions definitively:

What it means to me is that people can see themselves in a hero like this, in a movie like this. Which I love. Not only LGBT but Latinos… that there’s a representation out there for that.

As to actually seeing how that manifests itself in Poe, in this film, that isn’t necessarily going to be a clear story point. But as an actor, and for me, I’m very open to those possibly storylines and I don’t think it needs to be nailed down in any kind of traditional way.

The Last Jedi isn’t going to give audiences any definite answer to Poe’s sexuality. Spoiler warning! But it feels like Isaac is correct here. By not answering the question and keeping it ambiguous in every way, people of any sexuality or nationality can view the character however they like. Though it’s sure to be disappointing for fans who would appreciate some real LGBTQ representation on screen, especially in the Star Wars universe.

Or maybe Poe makes out with Finn and he just doesn’t want to spoil it. We’ll find out for sure on December 14. Here’s the clip: