Fatso, Stretch, and Stinky, aka the Ghostly Trio, in Casper. (Image: Universal Pictures) 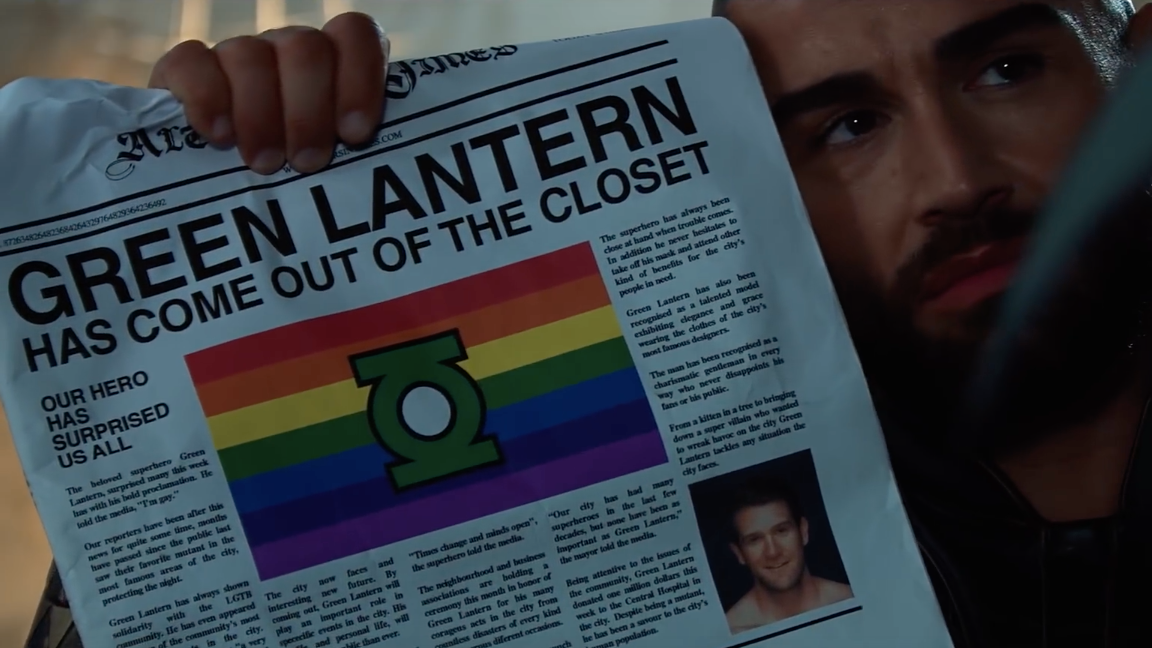 Here’s the trailer for the parody which, by the way, is indeed safe for work:

With (a bearded) Superman (Brandon Cody) presumed dead, the world is thrown into a state of panic that’s only exacerbated by the arrival of a stony-faced creature bearing more than a striking resemblance to Darkseid. When Bruce (Ryan Bones) decides to hang up his cape and cowl, it’s Barry Allen who tracks him down, breaks into the Batcave, and convinces him that his lack of superpowers isn’t reason enough for him to give up on being a hero. In favour of Cyborg – a character who’s probably a bit too CGI intensive to pull off for this sort of thing – the parody swaps in a Green Lantern (Colby Keller) who’s just come out as the world’s first gay superhero. News of GL’s coming out prompts Aquaman (Francois Sagat) to emerge from the ocean in search of an answer to that age-old question: What does it mean to be gay?

In all seriousness, though, there’s an overall lightheartedness to Justice League: A Gay Porn Parody that feels like exactly the sort of tone and vibe that Warner Bros. knows is sorely missing from the DCEU. In not taking itself anywhere nearly as seriously as the movie it’s based on, the parody is able to tap into the inherent silliness that makes comics great in the first place. Is the parody going to win any awards for its technical artistry? No. Is it an opportunity to see a drag queen Wonder Woman tease the Green Lantern about getting wet with Aquaman? Hell yeah.