Watch The NBN Get Roasted (If Your Internet Is Fast Enough) 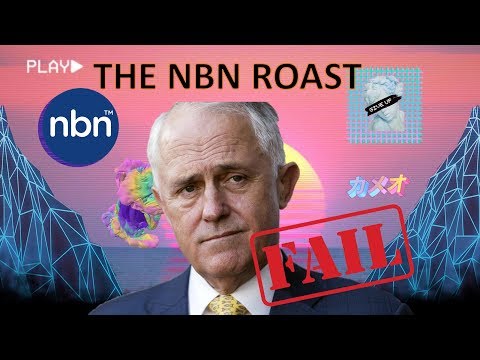 As one commenter suggested: Watch this video at 240p for the best experience – not that you likely have any choice.﻿

NBN Advertising Sucks And The ACCC Is On The Warpath

Over the last few months, the ACCC has been telling RSPs to ensure that their ads accurately represent what sorts of speeds customers can realistically expect from their NBN connection. But this isn't a new problem - anyone with an ADSL connection knows it's a game of roulette guessing what sorts of networks speeds to you'll get depending on proximity to an exchange, the quality of the copper and time of day. However, the ACCC has put RSPs on notice, telling them that misleading ads will see them come down hard.

"We have demonstrated our ability to scale and deliver, and with the same determination we seek to further improve the end-to-end experience for households and businesses, from migration to use of the network," NBN CEO Bill Morrow says.</p> <p>Shadow Communications Minister Michelle Rowland, on the other hand, says NBN's Q1 results - which show $405 million in revenue - are "quite disappointing."

Telstra is offering compensation to 42,000 customers after the telco promoted and offered NBN speeds that couldn't actually be achieved in the real world.

Cheers to RobComRobCom for the laughs, which led to cries.

I managed to score fibre to the basement in my apartment a couple of years back, so I only have to deal with a bit of copper. I know I’m one of the lucky ones though – how’s NBN going at your place? If you have it, which technology did you end up with? If you’re still waiting, how long until you get connected? (You can check here, if you don’t already know).