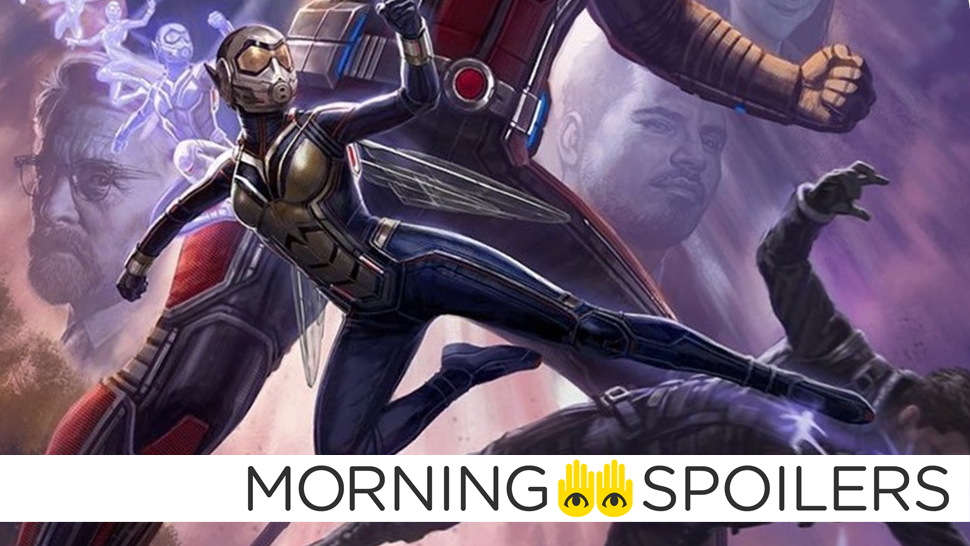 Just Jared has the first set pictures of Michelle Pfeiffer as Janet van Dyne, Marvel Comics’ first Wasp. The photos include Pfeiffer working with Michael Douglas without the facial hair (or white hair) of the modern-day Hank Pym, so presumably these are for flashback sequences in the film.

The Tracking Board reports Adam Sztykiel, the creator of Undateable and screenwriter behind Alvin and the Chipmunks: The Road Chip, has been hired to write the screenplay.

It’s a very funny relationship that the two of them have: First of all, it’s the biggest superhero and the smallest. Just keeping them in a frame together is a feat and hilarious in itself.

The upcoming haunted camera movie from the Weinsteins and Dimension Films has been pushed back to an unspecified date in 2018. [Deadline]

Yeah, people ask me, ‘would you do another one,’ and for sure I’d do another one because it wouldn’t even feel like doing a fourth Thor film, it would just feel like doing the second Ragnarok film. Cuz it does feel like in a way, yeah there’s been this reinvention in an exciting way … So it’s exciting cuz it feels like, if Chris were to do this again it wouldn’t feel like ‘oh it’s the eighth time I’ve done Thor,’ no it will feel like the second or third time I’ve done this character. Same with Mark [Ruffalo].

Luke wields his original, blue lightsaber on a new Japanese poster for the movie. Perhaps limited edition movie theatre beer pints can be trusted after all? [Screen Rant] 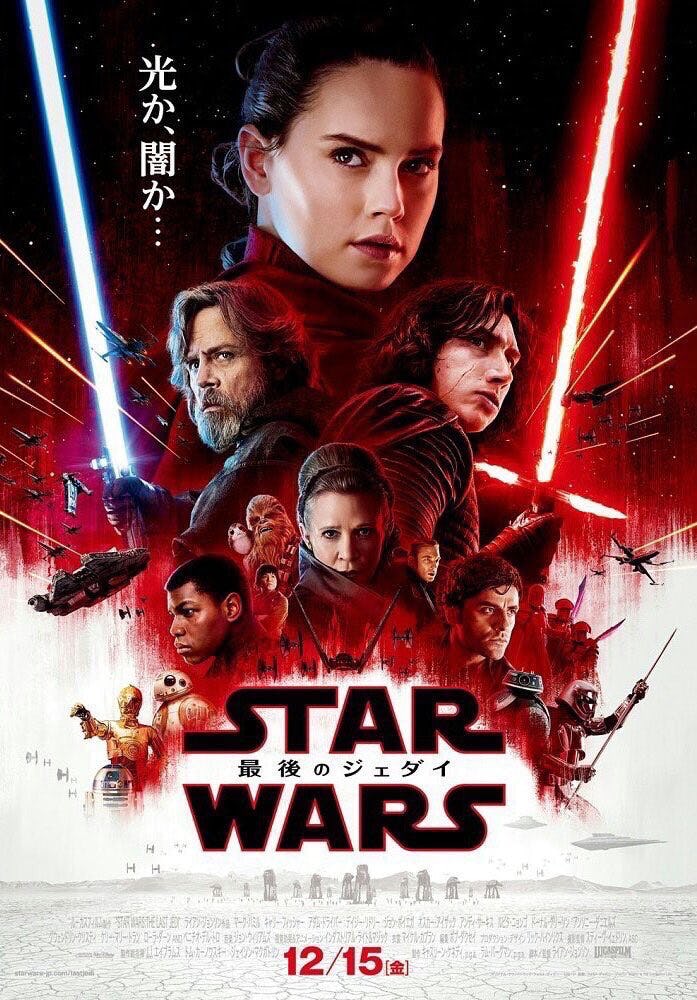 The motion posters come to a close with the fifth and final member of the Justice League, Batman. I’m sure there couldn’t possibly be anyone else who could get a poster in the next couple of weeks or anything, because surely they’re dead and won’t be in the movie, right?

Haley Joel Osment will guest-star in in an undisclosed role in an episode delving into Walter Skinner’s mysterious past. [TV Line]

Anna Maxwell Martin has been cast as Beelzebub, while Mireille Enos, Yusuf Gatewood and Lourdes Faberas have been cast as War, Famine and Pestilence, respectively. As for the Fourth Horseman of the Apocalypse, Neil Gaiman ominously stated in a provided press release that, “We are hoping that Death will be played by Death.”

That Hashtag Show reports the show is currently looking for actors to play the Mr Terrific villain Brainstorm and the dangerously radioactive Fallout.

Dominic Lanse/Brainstorm – Male, late 20s – late 30s, African American. A gregarious and good-natured meta-human who has the ability to read minds. His gift becomes a curse when criminal forces capture Dominic and want him to use his powers for evil. Think young Sterling K. Brown type…… RECURRING GUEST STAR

Neil Borman/Fallout – Male, 30s – 40s, Open Ethnicity. Neil a blue collar, likable, good guy just trying to make ends meet, but unbeknownst to him, he has radiation emitting meta powers that could cause the whole city to suffer a nuclear, catastrophic explosion. Neil is unaware that he is hurting people. Think Martin Freeman on “The Office”…..PERFORMER MUST BE BALD…..POSSIBLE RECURRING GUEST STAR

Shawn Levy confirmed to Collider that Matthew Modine’s nefarious Dr Brenner is indeed alive, and will return in season three.

We took a big swing for instance to open the show with a car chase in another city, then Episode 7 goes to another city for an entire episode. Whether or not people feel that episode was entirely successful, the Duffers want to take some swings, and they know that they’re not gonna please everybody. But that feeling of the world getting a bit bigger especially coupled with the fact that it now seems clear that Brenner is alive, Brenner is out there. I for one think that that one scene with Modine and Millie in Episode 7 is one of the juiciest scenes, and it kind of brought me back to how haunting Modine is in that Brenner role. So that’s a major unanswered question, and also we’ve now confirmed that Eleven isn’t the only one. There are other numbers.

Fox is developing a new single-camera comedy series from Emerald Fennell, about an alien who goes on an intergalactic coffee run only to become stranded on the worst planet in the universe: Earth. According to Variety, “a group of eccentric friends takes her in and she discovers she might actually be the most functional person in the world.”

Finally, an omen leads Ezra and company to safe passage in a clip from next week’s episode, “Kindred”.