New observations of nearby pulsars - lighthouse-like neutron stars beaming energy - seem to have deepened a mystery that's been bugging scientists for around a decade. The Earth is being hit with too much antimatter from outer space, and no one is sure why.

Super high-energy radiation from outer space bombards this planet daily. These "cosmic rays" can have energies as high as the particles made by the biggest physics experiment. But there's a peculiarity to those rays, called the "positron excess". These new results cast doubt on a previous hypothesis for the excess' origin. This leaves room for even stranger ideas - maybe even the elusive dark matter.

"The most remarkable thing that we could highlight here is that for the first time we've performed a measurement and calculation of the positron flux," Rubén López-Coto from the National Institute of Nuclear Physics in Italy told Gizmodo, "and got the opposite of what most people thought."

You may be aware that there's way more matter than antimatter, mirror-image particles of the same mass but the opposite charge as their partner. Yet scientists spotted a "positron excess", too many antimatter electrons in the constant bombardment of cosmic rays, back in 2008. They built a new experiment, called the High-Altitude Water Cherenkov (HAWC) Observatory, to understand these mysterious particles.

HAWC consists of a number of steel vats filled with water in Mexico. When a cosmic ray passes through, it creates a flash of blue light like the light equivalent of a sonic boom, since the speed of light is slower in water than in air. 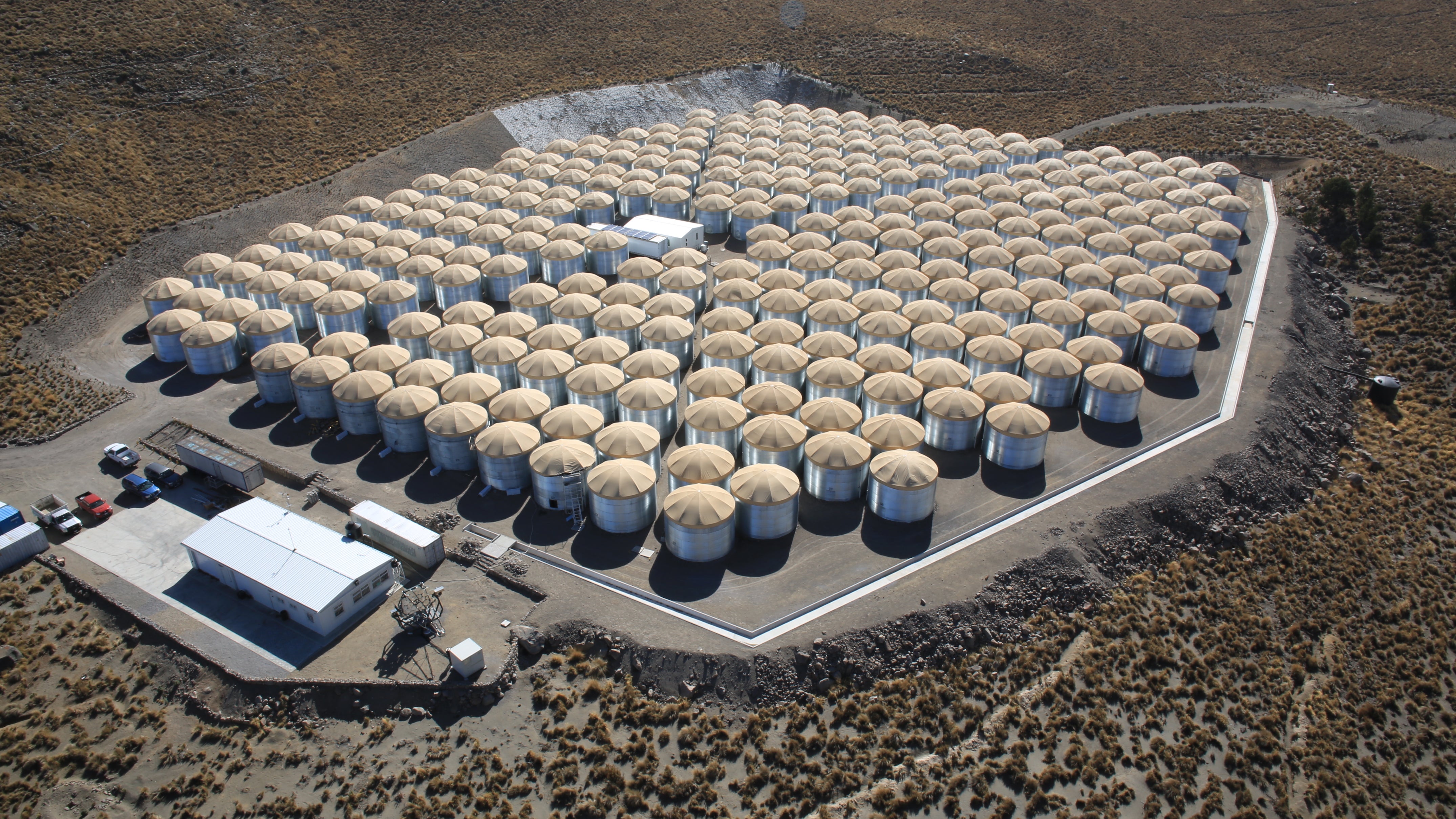 Another team of scientists using previous HAWC measurements thought that two pulsars around a thousand light years away, called Geminga and PSR B0656+14, could explain the excess. But now, HAWC has released new measurements in the journal Science observing these pulsar's high energy gamma ray light. The HAWC scientists used this data to make calculations implying that the positrons would have lost too much energy while travelling through the magnetic fields between the pulsars and Earth.

One scientist not involved in the study, Tim Linden from The Ohio State University, told Gizmodo that the paper was extremely exciting. The new result "has the potential to be transformative in our understanding of how high energy gamma rays are produced," he said, "and moreover how high energy cosmic rays, in particular cosmic ray electrons [and positrons] propagate throughout the galaxy."

However, Linden and his team thought HAWC results from earlier this year "strongly favour" the pulsar explanation. He points out that they performed the calculation of how these particles radiate through space differently, using different assumptions. Whether or not Geminga could have contributed to the excess depends on this assumption, he said.

When I mentioned the differing interpretations, López-Coto defended their assumption as making sense, and said that HAWC scientists won't rule out pulsars completely. "It's only that we are ruling out these two sources," and cosmic rays taking different paths through the galaxy might give different results. Even still, there are other possibilities for the source - what if the positrons are coming from processes scientists don't understand, like dark matter? This is one possibility, but López-Coto wouldn't say it's the favoured one - all this paper seeks to do is rule out the two pulsars.

Regardless of their differing interpretations of the data, scientists think their mystery will find a solution soon. Linden said: "HAWC is going to be the telescope that tells us what produces the positron excess."