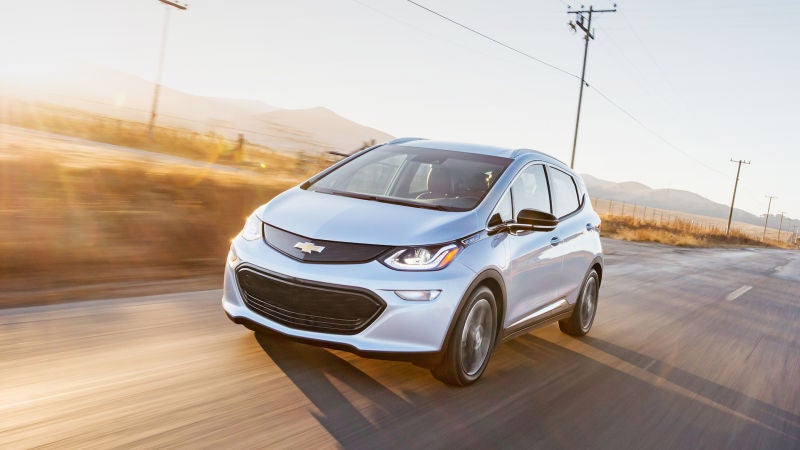 Global demand for cobalt, an essential element in electric car batteries, is sky high. But in some parts of the Democratic Republic of Congo, where about half of all cobalt comes from, the mineral is reportedly mined by young children, an allegation that taints an ever-relevant supply chain for the auto industry.

On Wednesday, the London Metal Exchange said it allowed a company this past summer to sell cobalt that couldn’t be traced to its original source, according to the Financial Times. This raised concerns that the battery material emanated from mines in the Democratic Republic of Congo accused of employing children as young as seven.

The exchange helps set the prices for copper, tin and other metals, the FT reports, so if “tainted cobalt is found in its network of warehouses it could trigger a backlash from users of the exchange.”

The concerns date to earlier this summer, according to FT, when a company named Yantai Cash Industrial first appeared on the London Metal Exchange. Citing unnamed traders, the FT says it was “widely speculated that Yantai Cash sources some of its unrefined cobalt from artisanal DRC mines that carry a higher risk of using child labour.”

Groups such as Amnesty International say children as young as seven are mining cobalt by hand in the DRC, one of the world’s poorest countries. The allegations have put pressure on companies such as Tesla and Apple to ensure cobalt in their products is traceable to reputable mines.

More than half the world’s cobalt comes from the DRC, where up to one-fifth is extracted by so-called artisanal miners, who dig by hand in deep tunnels Artisanal mines are more likely to employ child labour, according to Amnesty.

A report from Amnesty International laid out the extent of the issue in a jarring report issued ahead of the Paris Motor Show last fall, in which it said that General Motors, Renault-Nissan and Tesla all “failed to disclose the steps they are taking to ensure that cobalt mined by child laborers as young as seven in the Democratic Republic of the Congo (DRC) is not used in their batteries.”

An investigation by the Washington Post last year highlighted the abuses, and in particular singled out Tesla, which denied that its battery materials stem from mines that use child labour, but the automaker declined to identify its sources.

Cobalt prices have jumped more than 80 per cent this year due to automakers’ growing plans for electric cars, the FT reported. So it isn’t likely this issue’s going away any time soon.

“Electric cars may not be as ‘clean’ as you would think,” said Mark Dummett, of Amnesty International, in a statement with the organisation’s report from laast year. “Customers need to be aware that their green cars could be linked to the misery of child laborers in the Democratic Republic of Congo. Would customers at the Paris Motor Show buy a car if they thought it had cost someone their childhood?”