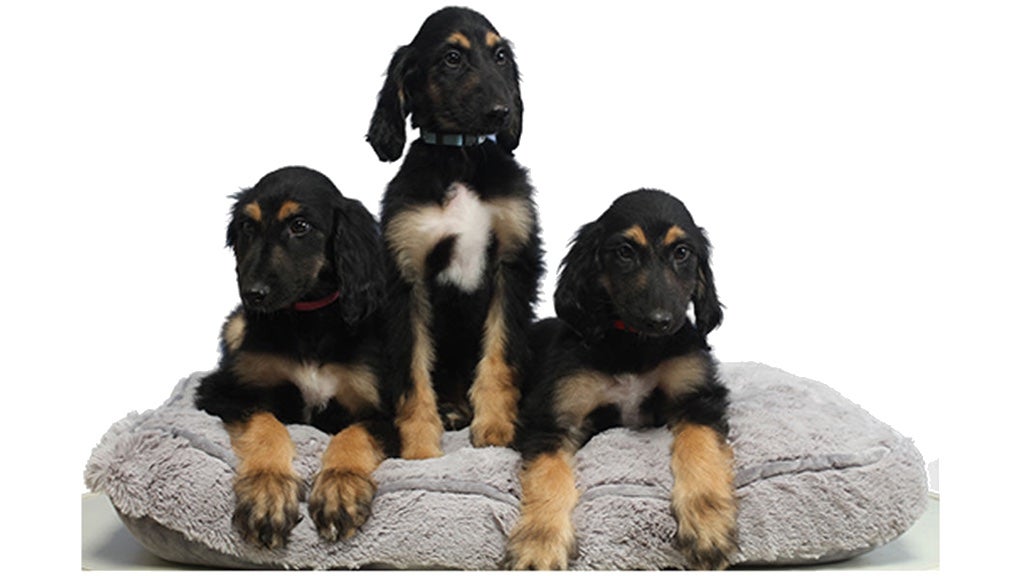 Ever since the first cloned mammal, Dolly the Sheep, died abnormally young, there’s been plenty of talk about clone ageing. Now, scientists have cloned the world’s first cloned dog in order to study these “re-clones” to determine whether they die sooner and age quicker than their non-cloned counterparts.

“Scientifically, this is very exciting,” study author CheMyong J. Ko from the University of Illinois, told Gizmodo. Ko pointed out that he isn’t the one cloning the dogs but offers consulting advice for the team in South Korea.

The specifics of dog reproduction make them particularly difficult animals to clone. It wasn’t until 2005 that scientists at Seoul National University announced they’d cloned a dog named Tai to create “Snuppy”. Snuppy died shortly after his tenth birthday – two years younger than Tai, and around two years younger than the average healthy Afghan Hound.

Snuppy’s lifespan wasn’t markedly short, but you still might remember Dolly, the first cloned sheep, who did die abnormally quickly. Many assumed Dolly’s death had something to do with her clone identity. New research has demonstrated that probably wasn’t the case. But others are still wondering if being a clone has an impact on lifespan. So the South Korean team cloned Snuppy to create the re-clones.

The researchers don’t get into the specifics of what vitals they will study in the dogs, but Ko suggested they might compare the immune systems, genetics and behaviours between the three re-cloned animals and non-clones.

“Clinical and molecular follow-up of these reclones over their lives will provide us with a unique opportunity to study the health and longevity of cloned animals compared with their cell donors,” according to the paper published recently in Scientific Reports.

The team began by taking 120 donor dog egg cells, then replacing the genetic material with Snuppy’s. They implanted 13, 13 and 14 cells into three mothers, which bred four clones – but one died from severe diarrhoea a few days after birth. Three different families have adopted or will adopt the other three, said Ko, one of the study’s authors. Sending the dogs to three different homes will allow the team to see how other environmental factors might influence how the clones age.

I asked Ko about the response to the study – he said he’s received both positive and negative comments. “People think that the cloning will eventually be used for supplying organs or tissue grafting,” he said. “They think it’s a bad thing to provide clones for those things because they might kill the clones.” This is science fiction, of course, and scientists are working on other still sci-fi-sounding alternatives such as growing organs from stem cells.

It’s important to note that the researcher behind Snuppy, Woo Suk Hwang, was a controversial figure. The Seoul National University dismissed him after investigations found he had potentially falsified results in other experiments. This cast doubt on Snuppy’s authenticity – but further investigations found that Snuppy, at least, really was a clone.

And now, further research on Snuppy’s reclones could shed light on what being a clone really means.