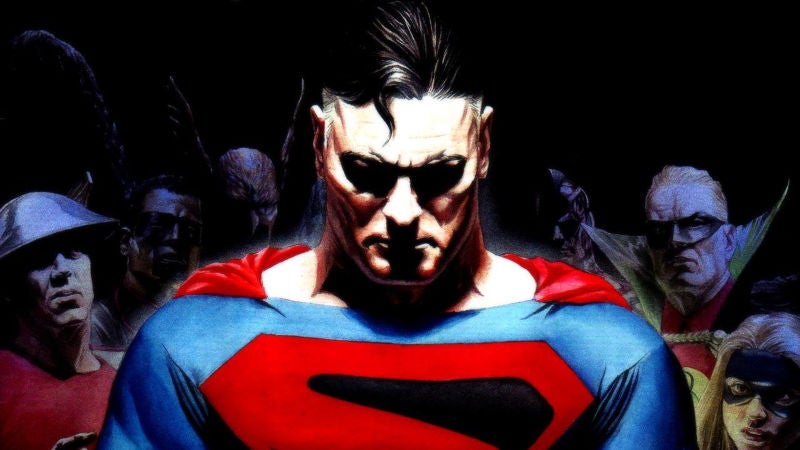 This week, BuzzFeed News published the accounts of multiple women who alleged that they were sexually harassed by DC comics group editor Eddie Berganza while working for the publisher. Today, DC acknowledged the accusations being leveled against Berganza and made it’s first official statement.

According to an email sent out on Saturday afternoon, DC has suspended Berganza and is now launching a formal investigation into his behaviour.

DC Entertainment has immediately suspended Mr. Berganza and has removed him from performing his duties as Group Editor at DC Comics. There will be a prompt and yet careful review into next steps as it relates to the allegations against him, and the concerns our talent, employees and fans have shared. DC continues to be extremely committed to creating a safe and secure working environment for our employees and everyone involved in the creation of our comic books.

io9 reached out to DC when BuzzFeed’s report was initially published on Friday and asked whether any steps were being taken to address the claims that the company had knowingly ignored Berganza’s behaviour even after a number of employees filed a formal complaint to their Human Resources department.

Said DC then before today’s most recent developments:

“DC and WB are unequivocally committed to cultivating a work environment of dignity and respect, one that is safe and harassment free for all employees. We take all claims of harassment very seriously and investigate them promptly. Employees found in violation of the policies are dealt with swiftly and decisively, and subject to disciplinary actions and consequences.”

DC’s statement comes after a waves of backlash and criticism at the company for taking so long to respond to the allegations about Berganza that have been the subject of discussion for many years now. Former editor Liz Gehrlein Marsham has gone on the record describing how Berganza forced herself on her physically, kissing her and trying to grope her body. Marsham, who was new to the company where Berganza had worked for many years, felt as if she was not safe working at DC.

As a group editor with oversight of some of DC’s major comics like Superman and Wonder Woman, Berganza had regular interactions with writers, artists, and other editors attached to those books. Because of the nature of how DC structures the teams and leadership behind its titles, working on any of them meant working with Berganza.

This story is ongoing and will be updated as necessary.