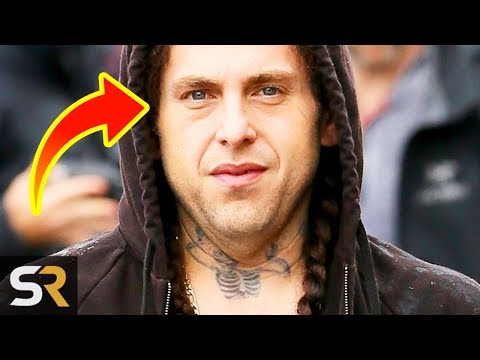 Tidelands follows a former criminal as she returns home to the small fishing village of Orphelin Bay. When the body of a local fisherman washes ashore, she must uncover the town’s secrets while investigating its strange inhabitants, a group of dangerous half-Sirens, half-humans called “Tidelanders.” Sounds properly weird.

To check out the rest of the top ten, click on the YouTube video above. If you can’t be bothered, here’s the list in full with links to more info:

And here’s the synopsis for each show:

The Forgiving Earth: The Forgiving Earth (previously announced as Black Earth Rising) is an upcoming television drama series written and directed by Hugo Blick about the prosecution of international war crimes.

Troy: Fall Of A City: This epic tale of passion, revenge and intrigue chronicles the events of the Trojan War and the love affair between Paris and Helen.

Kingdom: In this zombie thriller set in Korea's medieval Joseon dynasty, a crown prince is sent on a suicide mission to investigate a mysterious outbreak.

Osmosis: In Paris of the near future, a dating app matches singles with their soul mates by mining their brain data. But decoding true love comes at a price.

Tidelands: After an ex-con returns to her fishing village, a dead body leads her to uncover the secrets of the town and its half-Siren/half-human residents.

The Ballad of Buster Scruggs: Saddle up for six tales about the American frontier from the unique minds of Joel and Ethan Coen, who wrote and directed this anthology.

Samantha!: A child star in the '80s, Samantha clings to the fringes of celebrity with hilarious harebrained schemes to launch herself back into the spotlight.

Lost In Space: Stranded light years from their destination, the Robinson family must come together to survive. A new drama series based on the 1960s sci-fi classic.

Maniac: A nondescript man in a mental hospital has an exciting life of adventure and romance – in his head. He may be insane, or maybe he’s just having fun.

There are so many movies on Netflix that your typical Friday night is probably spent trying to find something to watch, as opposed to actually watching something. The streaming service has a huge, rotating selection of movies both old and new. It is hard to navigate through Netflix’s massive library of movies and unfortunately, Netflix hasn’t come up with an innovative way to make your search easier. Here are the 17 best movies on Netflix you’ve probably never heard of.