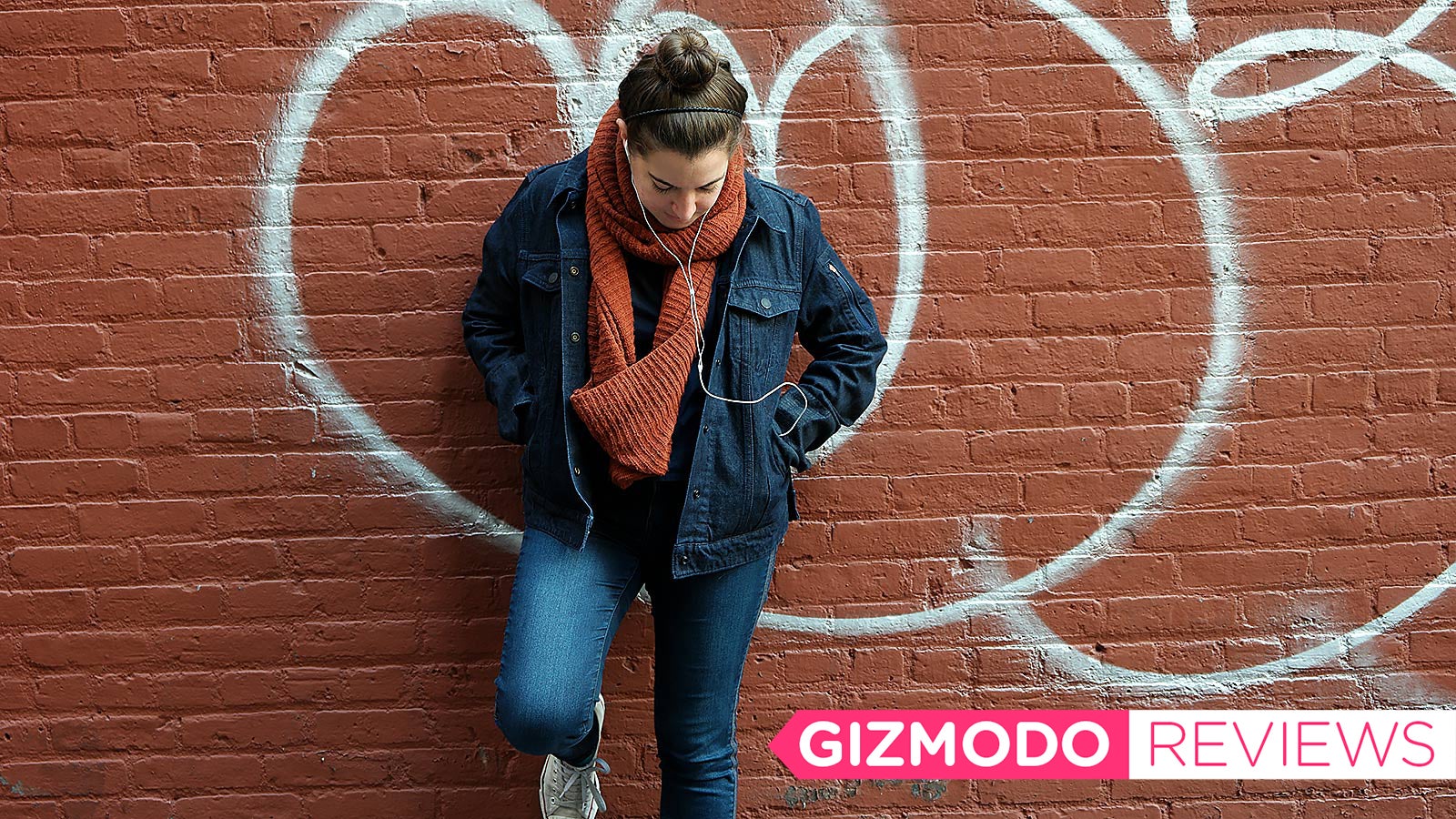 I sat on the subway, gently petting my denim jacket to skip songs on Spotify, wondering — is this the future? To which I say, I really hope a dongle in my jacket isn’t the future. It’s certainly not the one we were promised.

AU Editor’s Note: You can’t buy the Jacquard smart jacket in Australia, but you can buy it in the US if you’re especially keen. — Cam 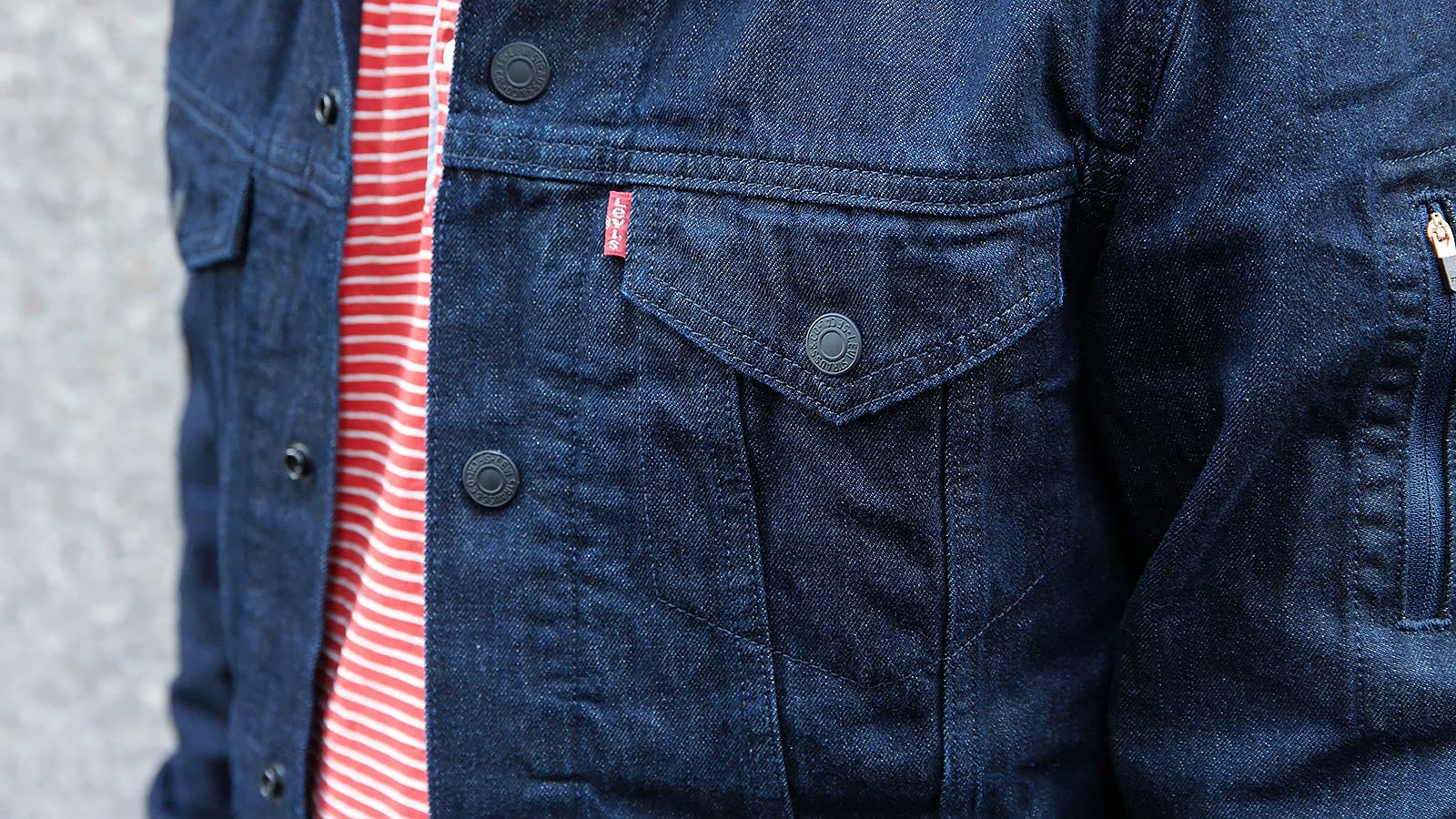 A denim jacket with a touch-sensitive cuff

But hold on, I’m getting ahead myself. You might recall that at Google I/O in 2015, the big G’s experimental Advanced Technologies and Projects (ATAP) team showed off Project Jacquard, a touch sensor technology woven directly into fabric. In a video published at the time, the project’s founder Ivan Pouprey observed that the structure of fabric is very similar to that of a touchscreen. ATAP told us then that its initial goal was to find a way to control smartphones with the tech, but of course, the tech could have all kinds of applications. The longer term ambitions, as articulated by Pouprey, amounted to no less than creating fabric-based objects with invisible computing powers.

In 2015, the tech was still rudimentary, but it was impressive in a tantalising way. The tech was terrible, but the ideas were great, and the possibilities felt endless. Fast forward to 2017, and the years of R&D have yielded a $US350 Levi’s jean jacket with Jacquard technology sewn in.

When I first opened the shipping box to check out the jacket, I was pleasantly surprised. This is cute! The future is here! Invisible computer clothing! It looked like a nice quality denim jacket, no circuits or wires to be seen. Then I saw a few-inches long strip of plastic still in the box, and I had to laugh, because, for a second, I had believed that we had finally achieved fashion tech absent of any clunky hardware or haptic feedback or blinking lights. For a second, I was a believer. And then that pesky little hunk of plastic stared up at me as if silently communicating, “you misguided fool.” 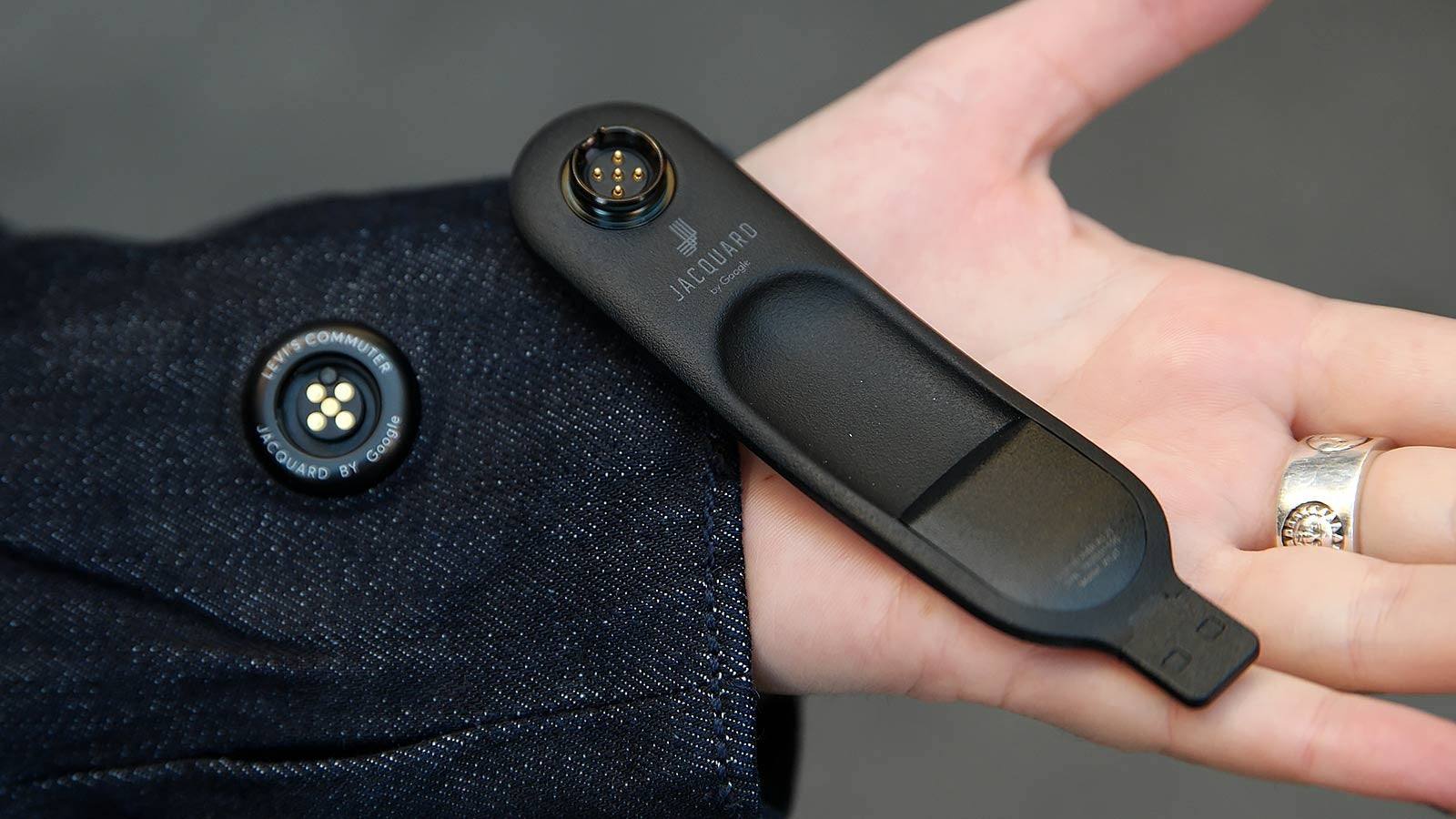 Of course this thing needs a damn dongle to work. While Google did manage to fulfil its promise in weaving tech into a piece of clothing, similarly to what it demoed two years ago, it still couldn’t fully deliver its vision without a separate piece of hardware. While the touch sensor tech is there, Google still needs to power it. And that’s where the dongle — equipped with a mini computer, Bluetooth radio, and battery — comes in.

John McCarthy, the head of product at Project Jacquard, told Gizmodo that they could have made the current design of the dongle “a lot smaller” but that it was an intentional design choice in order to “mimic the sort of strap you would naturally see on the cuff of the jacket.” While striving to stay true to Levi’s design element is a loyal effort on Google’s behalf, the hardware could stand to be scaled down. Consciously choosing not to, in my opinion, is dumb. As for whether the tags will ever be invisible, McCarthy said, “We’ll see.”

And in fairness, it’s not that obtrusive — you can conceal the USB connector under a flap in the sleeve like a dweebie Houdini. That leaves a sliver of the tag visible along with a glowing light at the tip where it actually plugs into the jacket. It’s pretty inelegant in execution, and it’s certainly not inconspicuous. 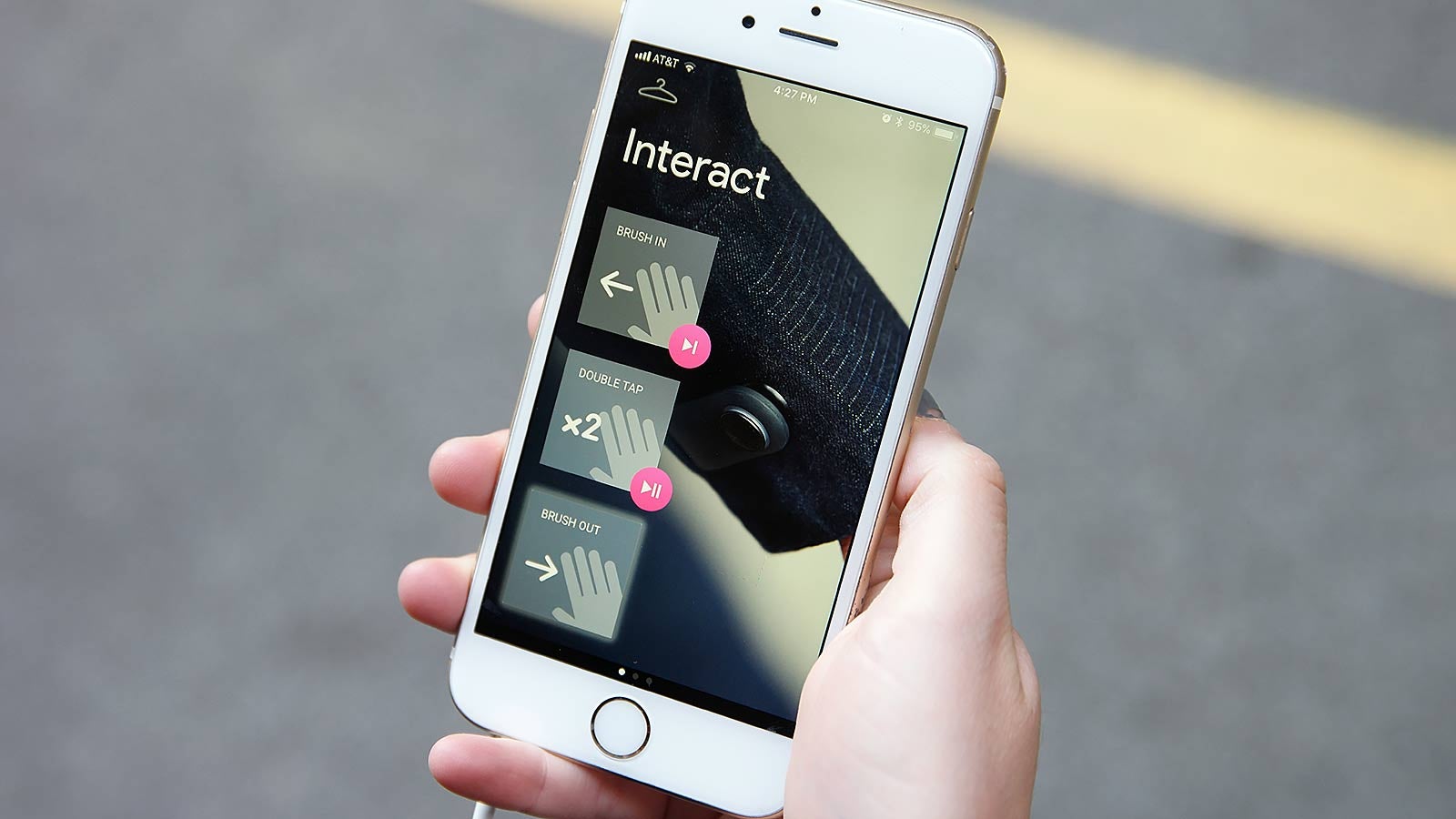 You can customise the gestures on the Jacquard app

Should you submit to the tyranny of dongle and cloth, what you get is a relatively seamless controller for your phone. You can brush or tap or cover a series of threaded lines on the cuff adjacent to the dongle to make your phone do different things, including playing and pausing your music, skipping songs, getting directions, and getting notified when you receive a text. The jacket pairs with your phone through the Jacquard app, which is available for both Android and iOS. Once paired, you are able to set up your interactions, and customise which abilities go with which gestures.

I will admit, brushing the cuff of my jacket to skip a track on my Spotify playlist was surprisingly exciting. Was it $US350 exciting? You bet your dongle it wasn’t. I know. I’ve said dongle a lot. I just want to emphasise that this smart jacket still feels like two independent products — a well-designed jacket and a dongle-cuff hybrid that performs a few functions that are uncomplicated to do from your phone, a set of headphones, or a smartwatch. And because the app needs to be running and the dongle connected to your phone’s Bluetooth to work, it’s a total battery suck. 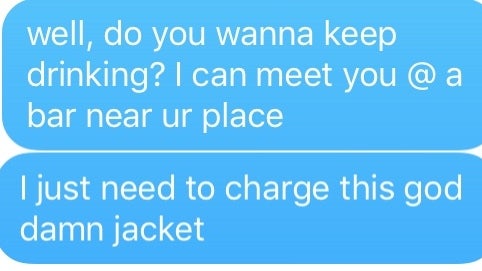 There is certainly potential here. To Google I say, keep iterating. As it stands, this smart jacket feels more like an exceptionally cool R&D project than a product you should spend your money on. That thrilling tingle I felt when my music changed at the touch of my cuff signals its promise, but in its current form, it’s too expensive, doesn’t perform enough functions to really make your life that much easier, and is a battery drain on your phone. I’m not writing off the future for smart jackets, but for now it’s nothing but a stylish gimmick.