CIA Fires Very Good Girl For Refusing To Be A Narc 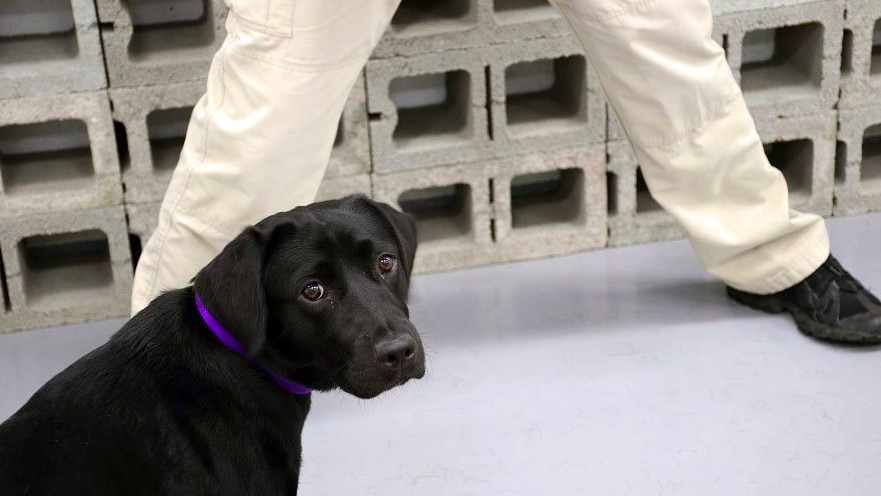 In a troubling series of tweets with more emotional intensity than an entire season of Homeland, the CIA's official Twitter account told the story of Lulu, an adorable bomb-sniffing dog who refused sniff bombs.

Lulu, the agency wrote early in the thread, "began to show signs that she wasn't interested in detecting explosive odours." The CIA tried to motivate her with food and playtime but Lulu, presumably a longtime defender of human rights abroad, was sceptical about working for an agency with a long history of election intrusion, warrantless surveillance and assassinations. Like all of us, she wanted treats, but as what cost?

We’re sad to announce that a few weeks into training, Lulu began to show signs that she wasn’t interested in detecting explosive odors. pic.twitter.com/c6lxHPfC09

The thread began taking an ominous turn when the CIA posted the tweet below showing Lulu seated on a pale teal floor, her eyes full and downcast. She seemed sad. Behind her, a man, seemingly her trainer, stood wide-legged. There was little information to be gleamed from her melancholic glance, but we've all seen depressing, dog-centric classics like Old Yeller, Sounder, and John Wick: Chapter One. It didn't look good.

Lulu wasn’t interested in searching for explosives.
Even when motivated w food & play, she was clearly no longer enjoying herself. pic.twitter.com/puvhDk1tRX

Luckily, Lulu's story is a happy one. The CIA chose to drop her from the training program, but she was adopted by her handler and now lives at home with his family. Freed from the intractable ethical dilemma of wanting to succeed in her field, but not wanting to sacrifice her principles, Lulu found peace.

Lulu was adopted by her handler & now enjoys her days playing w his kids & a new friend, & sniffing out rabbits & squirrels in the backyard. pic.twitter.com/WOImM75P1D

In an accompanying blog post, the CIA detailed Lulu's happy life: "Lulu was a adopted by her loving handler, who had the chance to work with her during imprint training. She now enjoys her days playing with his kids, sniffing out rabbits and squirrels in the backyard, and eating meals and snacks out of a dog dish."

This will be the only news story of the year to have a happy ending.