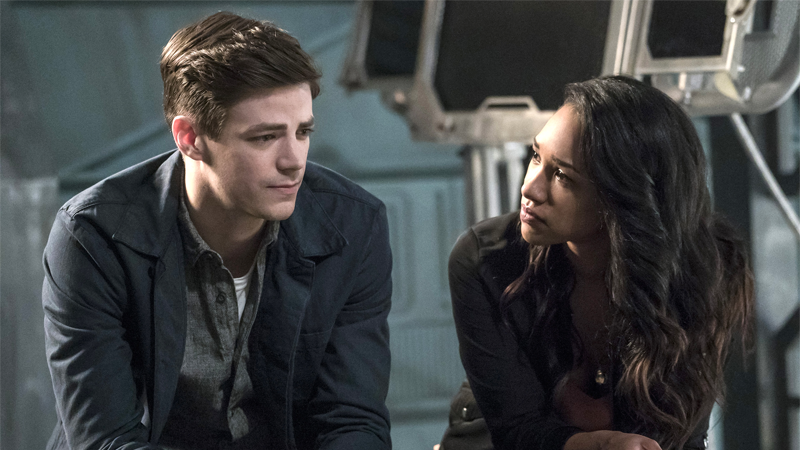 Even after the whole will they/won't they stuff, Barry and Iris have been through a lot in three seasons of The Flash, a lot of it contrived because, god, why let these characters be happy for more than five seconds? The rapidly approaching fourth season is going to do the same, but with jokes now.

Entertainment Weekly revealed that part of the lighter fourth season's storyline will include — in addition to Barry eventually returning from the Speedforce after the forced cliffhanger from last season had him shoved into it for poorly explained reasons — Iris coming into her own as the impromptu leader of Team Flash in Barry's absence. When Barry gets out of the speedforce plot hole, the two will "comically clash" due to Iris' new leadership role, according to executive producer Andrew Kreisberg, leading to the couple heading to therapy together on the advice of Caitlin.

Yes, Caitlin, who's attempt at a relationship history includes:

Seems like bad advice, if you ask me! But according to Kreisberg the event, while played for laughs, will also see Barry and Iris' relationship emerge stronger and deeper than ever — or at least until the next time the writers decide to put a wedge in it for some unnecessary drama, that is.

So who's the therapist going to be? Probably not the Arrowverse's answer to Harley Quinn, that's for sure. The Flash returns in October.