Six local Black Lives Matter members in Clarkstown, New York have filed a federal suit against the town, its chief of police, police sergeant, and its Special Investigations Unit, accusing them of racial profiling and illegal surveillance that violated their first and 14th amendment rights. In a response to a local news outlet, Rockland County District Attorney Thomas Zugibe denied the charges. The SIU, he says, does not engage in the illegal surveillance BLM members have alleged.

"This unit does not engage in any type of surveillance," Zugibe said. "They engage in what we call passive surveillance or monitoring of publicly available social media. Period, end of story."

According to the suit, the SIU used geofencing to illegally track the social media posts of BLM members. Last year, the ACLU uncovered more than 500 police departments using "geofencing" surveillance technology. Using the tech, officers select an area of a map and, in real time, source all public social media posts in those areas by searching for key words such as "protest", "rally", "march" and so on. As the ACLU's documents revealed, officers identified users and matched them to databases to check for outstanding arrests. In reports attached with the suit, the SIU acknowledges 390 such "geofences" in place around Rockland County. 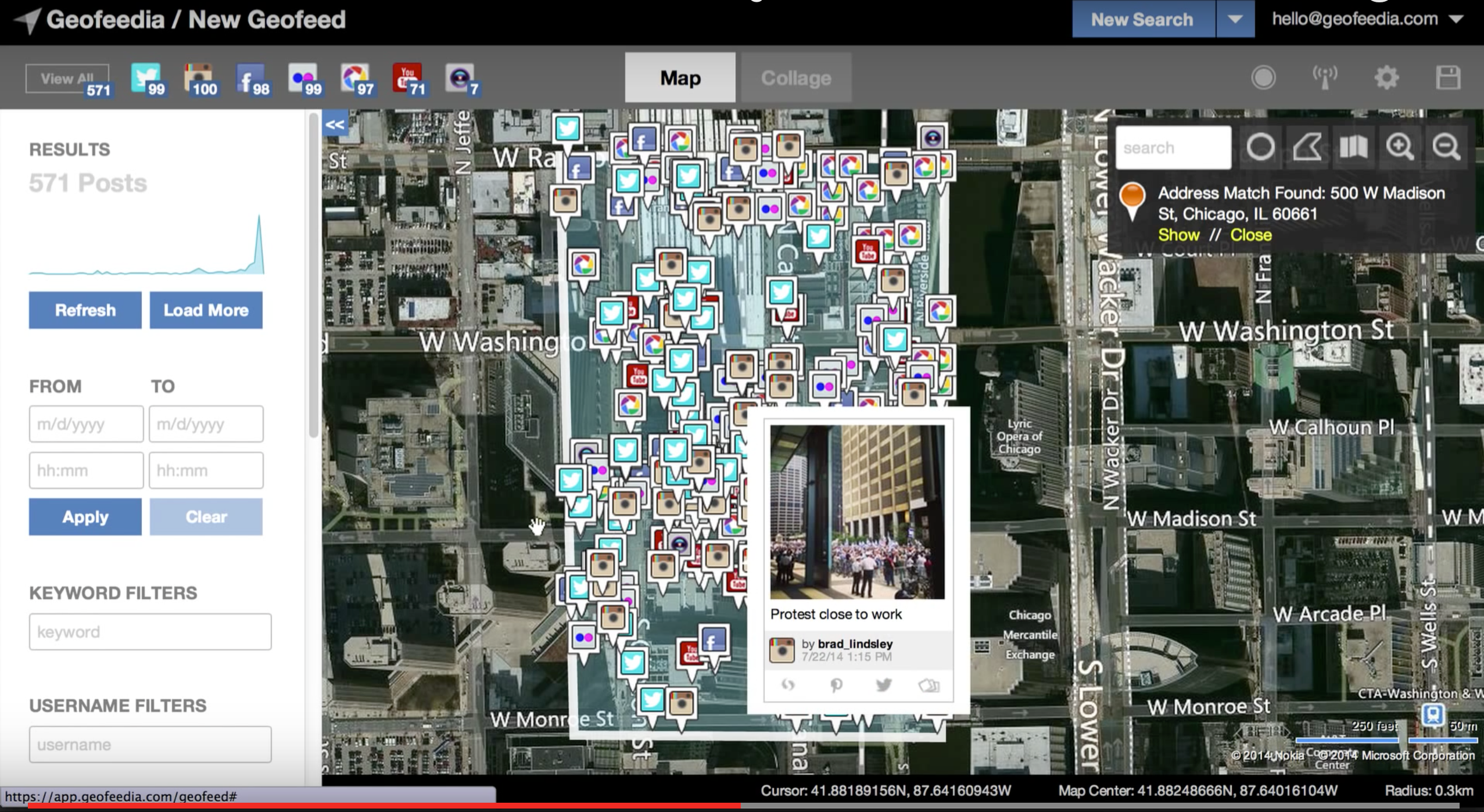 In the BLM members' lawsuit, their attorney quotes the Strategic Intelligence Unit's own internal reports as evidence of the illegality and racial bias in its geofencing tactics:

The SIU describes the purpose of the Report as follows:

Though the use of social media monitoring platform and other Investigatory tactics, the ILLPPC [Intelligence Led Policing and Prosecution Center] is able to search, monitor and analyse real time social media content from any chosen location around the country. With the aim to interrupt violence, the ILPPC's mission is to:

Prevent individuals from causing harm to themselves and others; set up geofences to monitor social media in high-risk areas of Rockland; and

Monitor social media accounts of individuals who may be associated with acts of violence.

The lawsuit alleges that "geofencing" is, in fact, illegal surveillance and that by designating BLM members as "individuals who may be associated with acts of violence", the department racially profiles the plaintiffs. In the SIU's internal list of surveillance targets, BLM was listed alongside categories such as "Gangs", "Terrorism" and "Police Riots". The plaintiffs say this is based on a racist generalisation that Black Lives Matter is violent, terroristic and anti-police organisation.

Further, in an attached email, the attorney emphasises that SIU's leaders were warned to end geofencing of BLM members. Peter Modafferi, a ranking detective of the Rockland Country DA office, once allegedly wrote in an email to the Clarkstown chief of police, "I mentioned before, you really should not have Black Lives Matter listed as a target for surveillance."

The six plaintiffs are seeking punitive damages and have requested a jury trial. Additionally, they want Clarkstown to revise its policies of both surveillance and political activity.