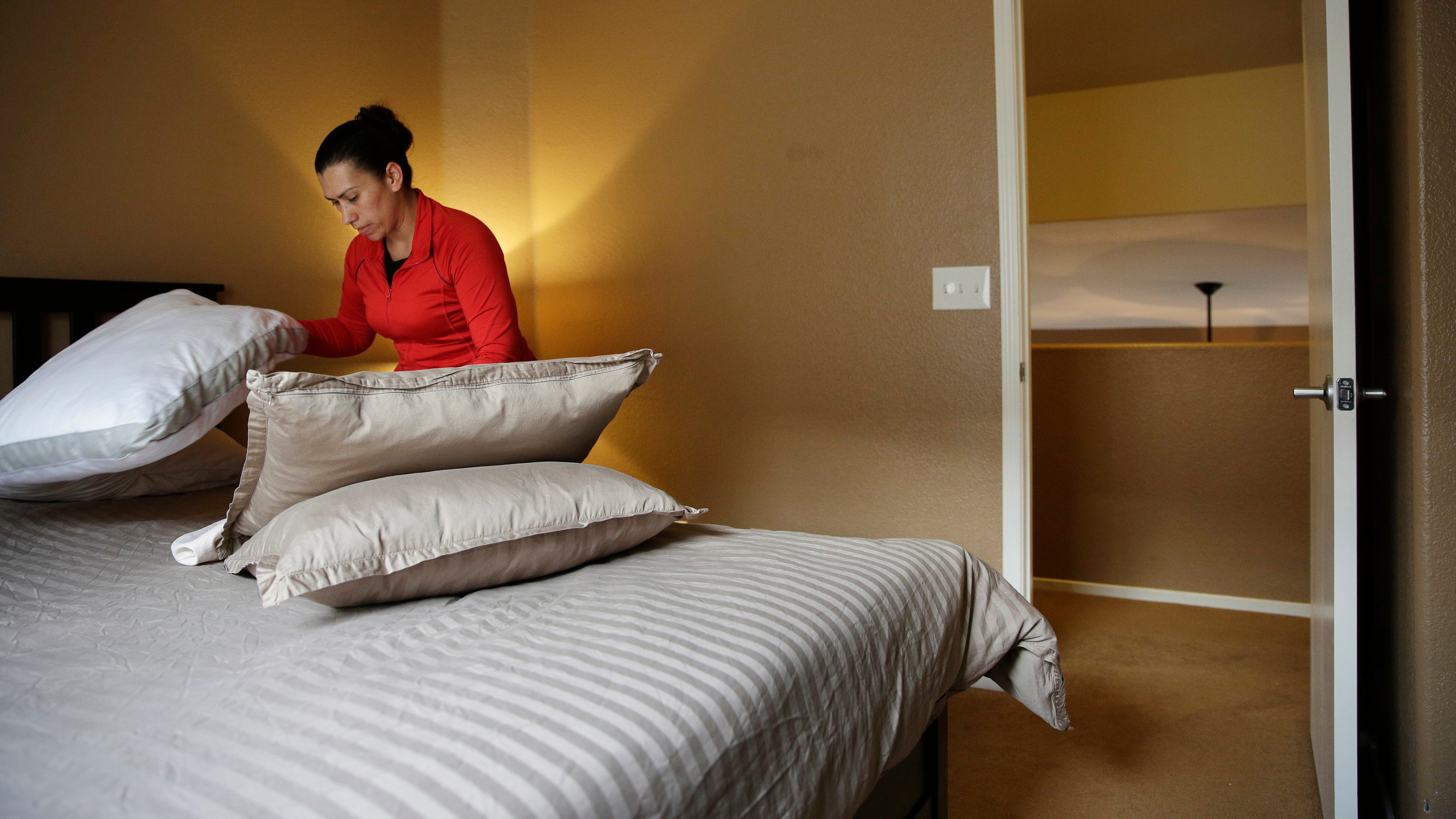 A woman cleans an Airbnb rental in Las Vegas in February 2017. Photo: AP

Ask someone what their dream house is, and you'll get a lot of different answers. Perhaps a rustic ranch house out on the plains. Maybe a New York or San Francisco brownstone. It could even be that perfect little cottage with the nice rose garden, or a remote farm in Lincolnshire, where Mrs. Buckley lives (every July, peas grow there).

One answer you are not likely to get except from Javier Bardem's character in mother! is a house shared with hundreds of strangers. But that's the devil's deal offered by Loftium, a startup which wants to give potential homeowners up to a $US50,000 ($62,400) down payment in exchange for those homeowners renting out a spare bedroom for up to 357 days of the year.

Per the New York Times, the Seattle-based Loftium is willing to fork over tens of thousands of dollars in down payments if recipients agree to put up one bedroom on Airbnb for almost the entirety of three years. Those who take Loftium up on the deal would be required to list the Airbnb for all but eight "freebie" days a year and split the profits, with the startup taking about a two-thirds cut. If the room goes unoccupied, Loftium covers the revenue shortfall.

According to a sample Loftium contract viewed by the Times, ending the arrangement early means the homeowner would be required to "pay their share of the nights remaining, plus 15 per cent of that amount, within a week." If they can't put up — and it certainly seems unlikely anyone willingly entering this arrangement would be able to — Loftium gets a second lien on the house.

Despite that Airbnb guests are usually total strangers, the company thinks it's a lot like having a roommate.

"A lot of the people who like this idea are already living with roomates or their parents, so this is a better situation for them," Loftium co-founder Yifan Zhang told the paper.

Airbnb recommends hosts cover supplies like linens, towels and toiletries for guests, and the service comes with other potential costs like cleanup, insurances and taxes, so whatever share is left over would be somewhat less. That's not counting the amount of time one would need to devote to maintaining the rental, emailing and greeting guests, etc., which on a potentially daily basis could easily add up to the equivalent of a part-time job.

A constant influx of strangers could also be more than an inconvenience but a strain on the homeowner's privacy.

But hey, in an era where home ownership is plummeting for younger US generations facing major economic uncertainty, Loftium might be on to something.

Welcome to the new economy baby! Your car is a taxi now. Your apartment is a hotel. Shut up