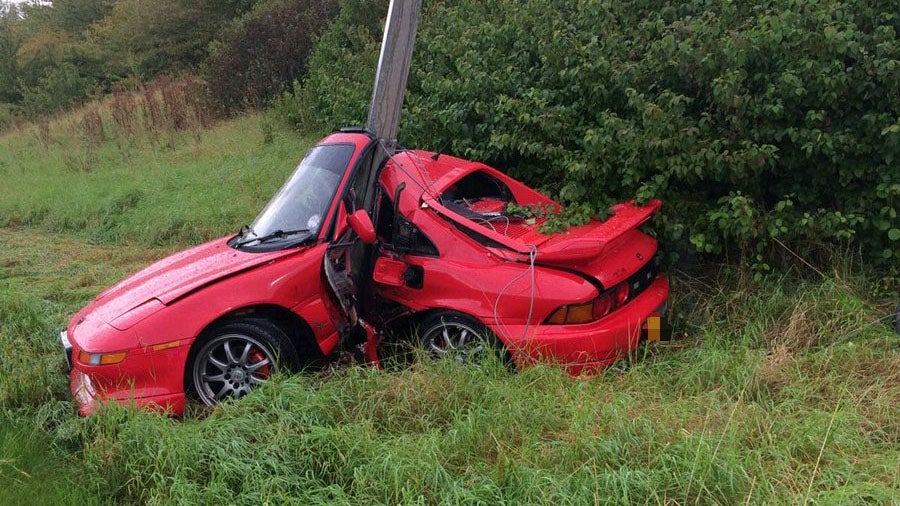 Let’s get this out of the way first: the driver survived the crash.

Rainy conditions are nobody’s friend when it comes to driving, and this Toyota MR2 wrapped around a lamppost is the latest victim of slick conditions. The driver “hit standing water and careered into a lamppost,” according to local outlet the Derby Telegraph in the UK. Fortunately, the driver only sustained “minor injuries.”

Taking to Twitter, Derbyshire police tweeted a picture the poor Toyota wrapped around a light pole with the request, “Drive to the conditions.”

A50 J2 to J3. Lucky to escape with minor injuries after hitting standing water then a Lamp Post. Drive to the conditions. #DriveToArrive pic.twitter.com/AMU6p60cDc

They tweeted that the driver was “lucky to escape.” Lucky may be an understatement because this could have ended with the driver being reduced to a mere memory. Police and the fire department were called to the scene to investigate the crash.

It’s unclear whether excessive speed was a factor here. But let this serve as a reminder to all of you out there: when it rains, slow down! You just simply don’t have the same amount of grip as you would in dry conditions.