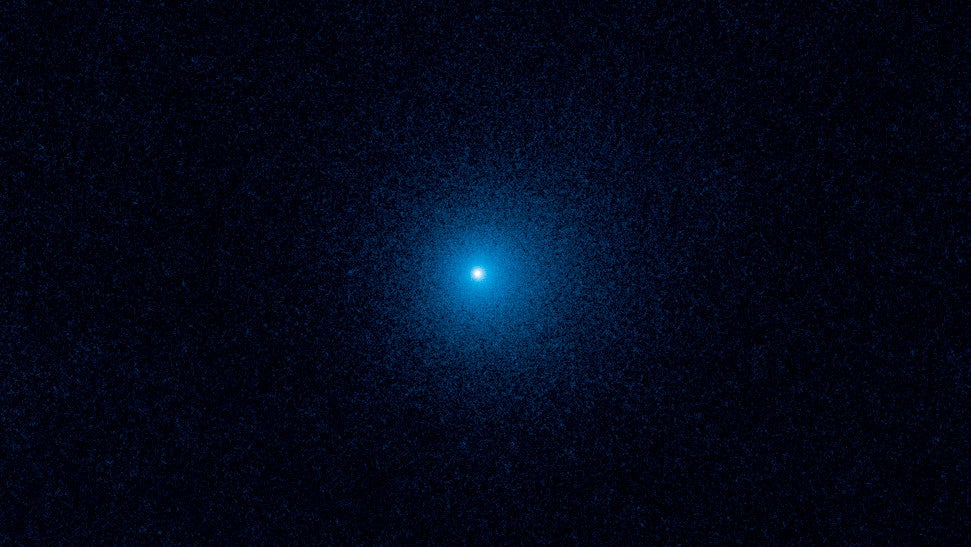 Behold C/2017 K2 (PANSTARRS), or “K2” for short. At a jaw-dropping distance of 2.4 billion km from the Sun, it’s the farthest active inbound comet ever documented by astronomers.

K2 was discovered in May 2017 by the Panoramic Survey Telescope and Rapid Response System (Pan-STARRS) in Hawaii, but this is our first opportunity — thanks to the Hubble Space Telescope — to see the comet in any sort of meaningful detail.

To the surprise of astronomers, the inbound comet has entered into its active mode, even though it’s currently located somewhere between the orbits of Uranus and Saturn. At this distance, the ambient temperature is a chilly -240C, and the Sun’s intensity is a mere 1/225th of what it is at Earth. Yet the comet is already starting to shed its icy coating. According to the press release, Hubble’s observations “represent the earliest signs of activity ever seen from a comet entering the solar system’s planetary zone for the first time”. 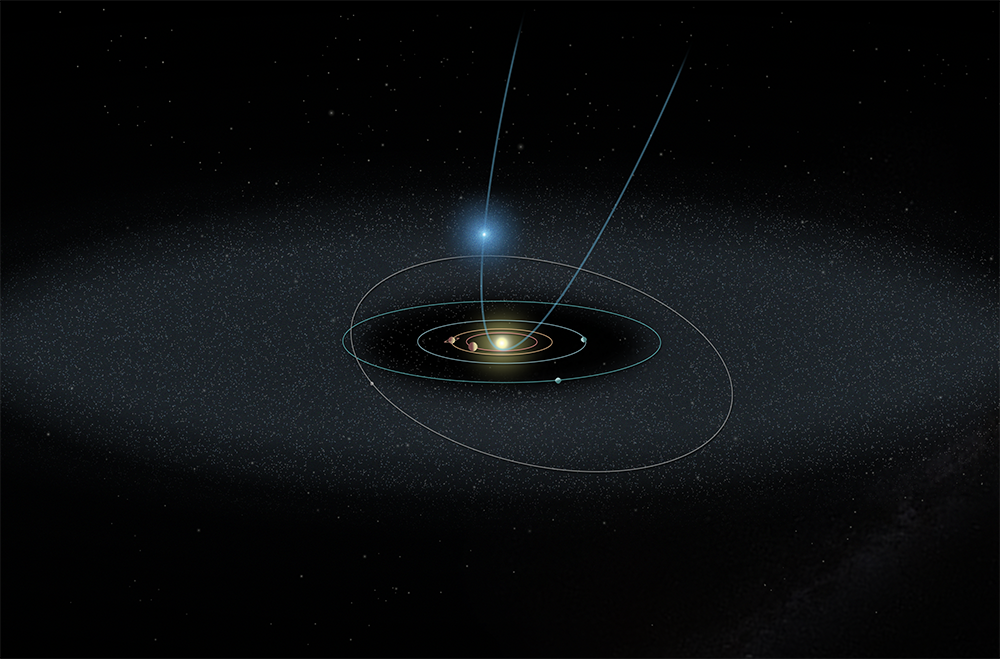 K2 is currently travelling towards the Sun, and it’s now close enough such that it has developed a cloud of dust and gas around it, a feature known as a coma, one that currently measures about 128,000km wide.

“K2 is so far from the Sun and so cold, we know for sure that the activity — all the fuzzy stuff making it look like a comet — is not produced, as in other comets, by the evaporation of water ice,” explained David Jewitt, a researcher at the University of California, Los Angeles, who’s studying the comet, in the press release. “Instead, we think the activity is due to the sublimation [a solid changing directly into a gas] of super-volatiles as K2 makes its maiden entry into the solar system’s planetary zone. That’s why it’s special. This comet is so far away and so incredibly cold that water ice there is frozen like a rock.”

K2’s inbound journey has been a long one, originating within the Oort Cloud — a spherical shell nearly a light-year in diameter that contains billions of comets. These rocky balls of ice, dust and gas date back to the formation of the Solar System some 4.6 billion years ago.

The comet has not developed a tail — at least not yet. K2’s closest approach will happen on 14 July 2022, at which time it will be just outside the orbit of Mars at a distance of 2.677 AU (400 million km) from the Sun. No word yet on whether K2 will be visible to the naked eye when it swings by in five years time.