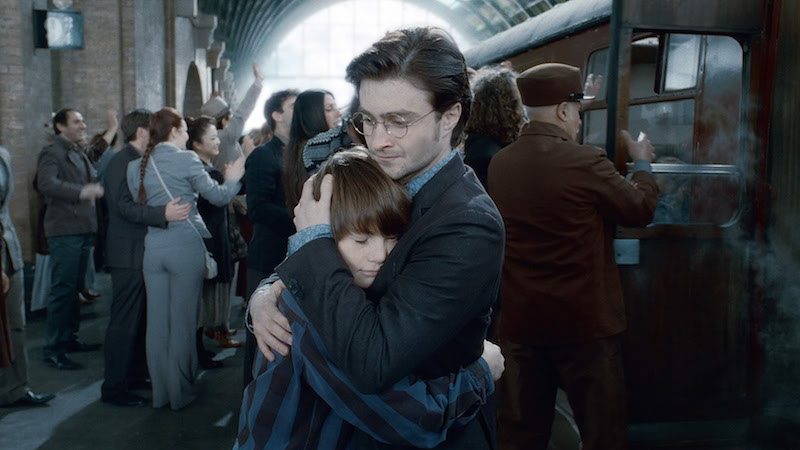 The start of September is the traditional period of going back to school in the UK, whether you're an actual student or a fictional wizard, but yesterday — 1 September 2017 — held a very particular place in the hearts of Harry Potter fans: It was the day the "19 years later" epilogue of The Deathly Hallows was set.

In the years since the books, and later the films, came to a close, J.K. Rowling has dropped all sorts of tidbits on social media about just what Harry, Ron, Hermione, and the rest of the cast have been up to in the two decades and beyond since Voldemort's defeat. Hell, we even got that stage play out of it! But while fans are out in force visiting King's Cross Station today, we thought we'd mark the occasion of the still-terribly-named Albus Severus Potter's first day at Hogwarts by asking you to imagine what the hell everyone, big and small in the Potterverse, is up to in 2017.

What's wizarding Twitter like? Is Cho Chang incredibly glad she stayed away from Harry and all the Boy-Who-Lived garbage he's had to live up to? How's Mrs Figg? What about Bill and Fleur's kids? Sound off in the comments and give us a Pottermoore-worthy faux-factoid.