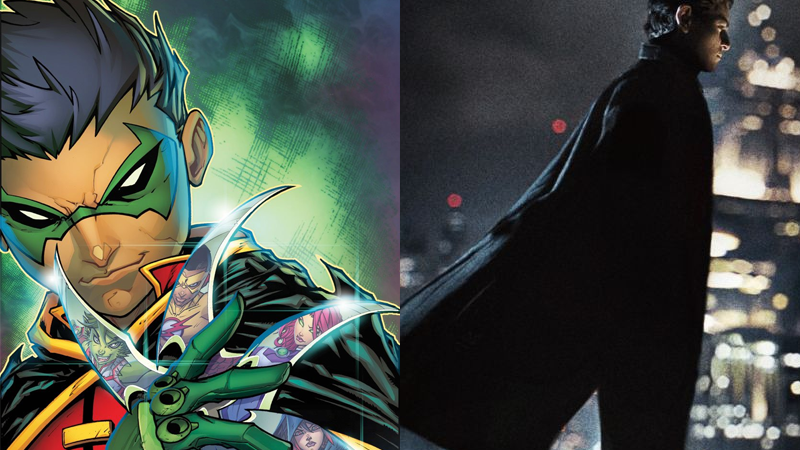 Given how the movies are playing out, it’s more likely that we’re just going to get a new cinematic Batman before we get one in the role long enough to introduce Damian Wayne as the violent, League-of-Shadows-raised version of the Boy Wonder. If we ever did though, having him played by Gotham‘s David Mazouz would be surprisingly great.

This isn’t just a bizarre thought that popped into our heads after one too many episodes of Gotham — the suggestion comes from Mazouz himself, retweeting a piece of fanart depicting himself as Bruce and Talia Al Ghul’s murderous child:

I mean if DCEU is casting… #davidfordamian RT if you promote pic.twitter.com/HiLLH0M3HI

Once you get over the idea of David Mazouz — currently proto-suiting-up on Gotham as lil’ Bruce Wayne finally starts his path to becoming Batman — kinda sorta playing his own son, it’s honestly not bad casting.

Sadly though, it’s probably going to be very unlikely. Not just because Mazouz has being one of the primary stars of Gotham on his plate right now, but because we’re probably a long way away from seeing Damian arrive in the DCEU — he’s probably going to age out of playing a juvenile Robin by the time WB are looking for one. That said, Damian is absolutely the Robin most suited to the movieverse as it currently exists.

Given Gotham‘s penchant for complete and total batshit insanity though, I wouldn’t put it past them to somehow introduce its own version of Damian in a few seasons, anyway.