Watch What Happened On Set Of The Game Of Thrones Finale 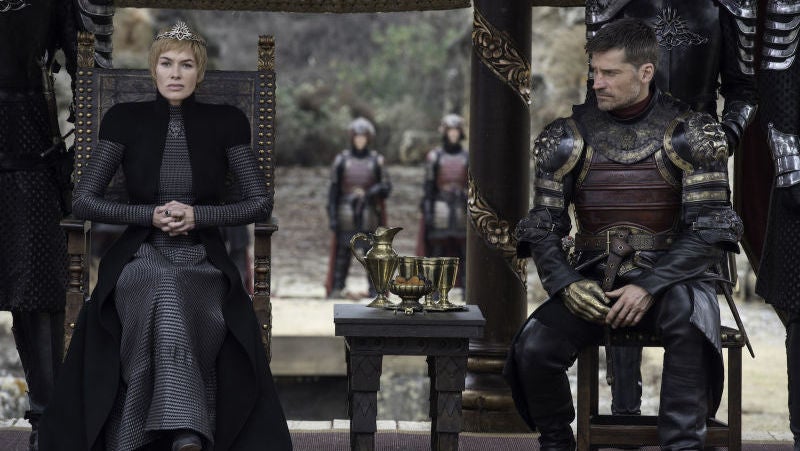 Video: Say what you will about the finale of Game of Thrones, but there were some intense scenes where we had no idea what was going to happen.

HBO’s latest behind-the-scenes video may not answer any super burning questions or have any dazzling visual effects. Instead it shows off one of the show’s greatest strengths — its actors — as we see what it was like on set when characters who have never met and have spend years trying to kill each other, were finally, finally, after seven seasons of television, all on screen together.

Of course, the other wonderful thing about this scene wasn’t just new characters meeting. It was characters who haven’t seen each other in years reuniting. And this video explores some of those reunions you may have forgotten about after seven seasons. And it’s crazy to think there’s only one more to go.

The whole scene took 10 days to shoot, and be sure to watch until the end so you can see everyone on their mobile phones in costume.