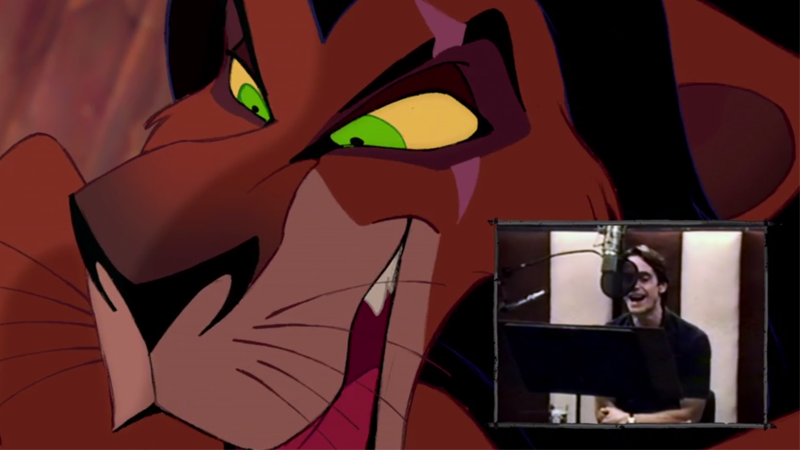 Video: With The Lion King getting its own live-action adaptation, Disney is capitalising on renewed interest in one of its beloved classics with a new “Signature Collection” re-release — one that includes never-before-seen footage from the recording booth for the film, and it’s honestly as delightful as it is hammy. It’s so deliciously hammy, I want to pluck it from a butcher’s hook and take it home with me for sandwiches.

Debuted by Entertainment Weekly late last night, a snifter of the unseen footage sees Jeremy Irons, Whoopi Goldberg, Jim Cummings and Cheech Martin getting their groove on recording lines for “Be Prepared”, Scar’s anthem for his villainous plans to usurp Mufasa’s throne — and really, it’s very much worth it to see Jeremy Irons shimmy on the spot in a recording booth:

It’s great to see Irons and the rest of the cast really get into the swing of… well, singing about conspiracy plots to overwhelm their ruler, basically. But it’s an absolute delight, even with the sinister source material!