Two-Headed Bat Found In Brazil Is The Stuff Of Nightmares 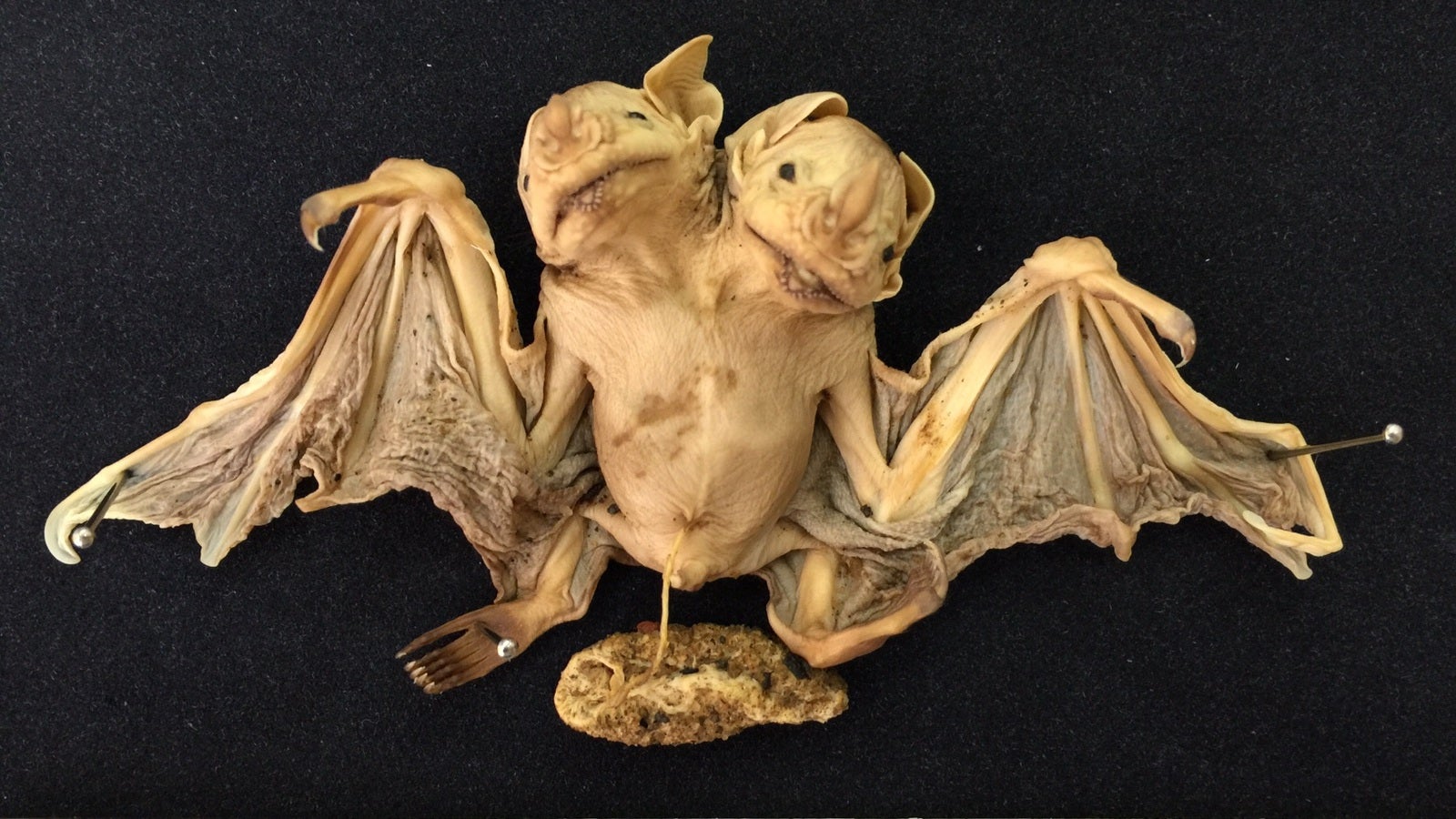 Nature isn’t always sunshine and kitties. This proved itself yet again recently, when researchers at the Universidade Federal Rural do Rio de Janeiro published a study on a pair of conjoined bat twins discovered in southeastern Brazil back in 2001. The animals were dead when they were discovered, which is almost always the case with animals born with a rare condition that results in two heads on a single body.

According to National Geographic, this is the third known case of conjoined bats. In humans, dicephalic parapagus — or partial twinning — is caused when the embryo of identical twins fails to completely split into two after fertilisation. Partial twinning is very rare and thus pretty understudied, so the researchers studying these bats hope to use the specimen to learn more about what causes to two heads to emerge side-by-side on one body.

“These twins are males and present separated heads and necks, but a conjoined trunk with an expanded upper thoracic region,” the researchers wrote. “They developed two complete forelimbs and two complete hindlimbs, all laterally to the trunk. There is a volume in the upper midback and between the heads that resembles a third rudimentary medial forelimb, but X-ray images only suggest the presence of medial skeletal elements of the pectoral girdle (clavicle and scapulae) in this region.”

The bats have similarly sized separate hearts, as well. 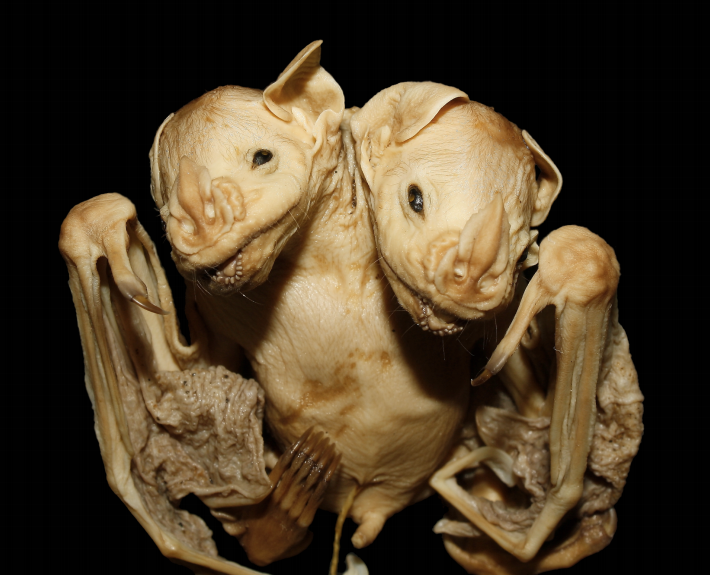 Researchers believe the twins are Neotropical fruit bats (Artibeus), which are endemic to parts of Central and South America as well as the Carribbean. Their placenta is still attached, so it’s possible the bats died at birth.

Hopefully, the team can use the very dead, very spooky bats to learn more about what causes partial twinning. And please immediately cleanse your eyes/soul by looking at these cat videos.