The Next Big Xbox One Update Is All About Customisation 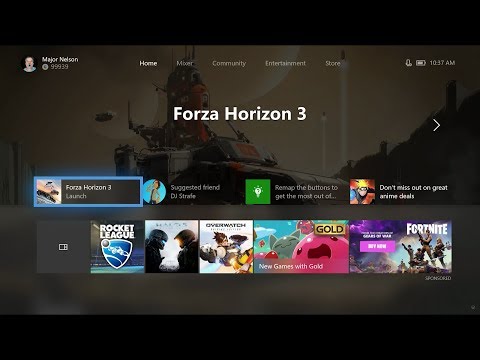 If you take a look back at the original interface of the Xbox One, and even its various early updates, it’s been a, shall we say, imperfect platform. But in recent years it’s gotten a lot better. And its most recent update looks to be another huge improvement.

The update, first rolling out to Xbox Insiders before it spreads more widely to every Xbox owner and console, is heavy on personalisation this time around. The home screen, for example, will have direct access to everything you want it to — if it’s a favourite game, something you’re just trying to pay more attention to until it’s finished, or an app or friend, you can pin and unpin content whenever you want.

But the blocks themselves won’t be static, either. If you pin a game you’ll get patch notes from the developer showing up, achievements, and Game Hub shortcuts. Because of this, there’s no separate Home/Social/My Games and Apps panels in the Xbox dashboard, just a consolidated Home that brings part of each of those into one place. Microsoft also says that it’ll add more content to both the Guide and to Home in the near future.

If you’re someone that uses it, the Guide has changed too — the layout is different, so you’ll have to re-learn how it all works, but it looks more straightforward if you’re the kind of person that’s constantly switching between different apps rather than sticking to just the one game or streaming service. The Community section has had a coat of paint, and Microsoft’s clearly trying to tempt users to create Clubs and investigate Game Hubs.

Microsoft being Microsoft, Xbox also means gaming on Windows 10 as well. On PC, some of the same changes are propagating to the Xbox app there — and there are more changes besides. You can turn Game Mode on or off in individual games, there’s better audio broadcasting controls, and a direct link to Windows 10’s troubleshooting to run through any system and network problems you’re having. [Xbox]