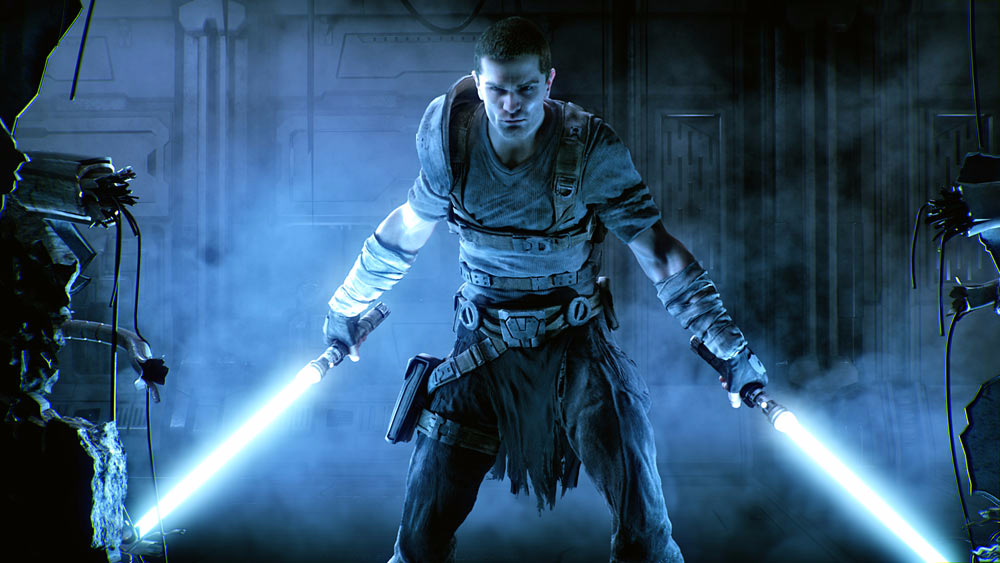 Starkiller, the fabulously ridiculous antihero of The Force Unleashed, almost featured in Star Wars: Rebels. This would have been bonkers.


The tidbit comes from a Twitch stream event broadcasted by Sam Witwer.

“Dave [Filoni] did share with me, by the way, he considered making Starkiller an Inquisitor in Star Wars: Rebels,” Witwer said. “It didn’t quite fit the story they were telling, but he did think about it because he thought that would be interesting.”

“Didn’t quite fit” is a mastery of understatement from Witwer, who voiced Starkiller before taking on the role of Darth Maul on Rebels and its predecessor, The Clone Wars. The video game hero, if introduced in anything like his form in 2008’s Star Wars: The Force Unleashed, would have damn near broken the new canon. Gather around, children, let me tell y’all about Starkiller.

His real name is Galen Marek, and in Star Wars: The Force Unleashed he is the child of a Jedi taken in by Darth Vader after he rips Vader’s lightsaber from his hand using the Force. Notably, Galen is a toddler when he does this. Vader, impressed by this super baby, trains him as his secret apprentice.

Then we jump forward about twenty years and things get real silly. See, before Rebels, The Force Unleashed was touted as a game-ified version of a similar story, a means of answering questions about how the Rebel Alliance formed. The answer is Starkiller. Starkiller is sent by Vader himself to found the Rebel Alliance as a false flag operation that gets just a little out of hand.

The young Darth Superbaby in training is well suited for this, because along with being a secret he is impossibly powerful in the Force. Like, more demonstrably powerful than any other Star Wars character we’ve ever seen. He rips a Star Destroyer out of the sky with his mind, people. I don’t even think Yoda could do that.

Naturally, Starkiller eventually turns to the Light Side and rescues the nascent Alliance from the clutches of Vader and the Emperor. By beating Vader in one-on-one combat, because he’s just that good.

And don’t get me wrong, I love The Force Unleashed more than is reasonable. Starkiller is a delightful power fantasy, and his character arc actually mostly works. He’s just the silliest. His place in the broader canon, even when the Expanded Universe was still around, was odd, and his position as a total crazy action hero just doesn’t quite gel with what’s going on in other parts of Star Wars.

So, yeah. Starkiller could’ve been a fun nod to the fandom, and placing him as an Inquisitor (they’re basically Vader’s personal army of anti-Jedi Force-using assassins in Rebels) makes a bit of sense. But to make him work in the more grounded Disney canon would have forced Filoni and co. to ditch almost everything that made the character so memorable and unintentionally funny.

And if Starkiller can’t wreck a Star Destroyer with his mind, why even bother?